Zoom says it will continue to censor for China, (but only against citizens in mainland China)

Zoom says it's working on technology that will allow it to implement geographical restrictions.

The California-based online video conferencing platform Zoom openly admits developing features to promote censorship, in an effort to cater to requests from China. As a matter of fact, Zoom is developing a feature that will allow it to block Chinese individuals from video calls.

The company announced that it was “developing technology over the next several days that will enable us to remove or block at the participant level based on geography,” as if it was a good thing.

What’s more, Zoom also admitted that it had blocked and canceled the calls that were being held by US-based Chinese activists based on the Chinese government’s request. It was after this incident that they announced the changes.

Ever since the coronavirus-induced lockdowns and home quarantine began, a better part of the world’s workforce is left with no other option than working from home. This sudden shift has made Zoom popular by leaps and bounds. The popularity and increased user base also brought in increased scrutiny about the company and its practices.

Zoom reported that it had to shut down entire calls altogether in the past as it could not eject China-based participants alone. But now with the new feature in place, the company is confident that it no longer needs to disrupt calls, and can simply censor the individuals it wants to.

The company specified that it was using methods that involve tracing users’ IP addresses to find out whether they’re taking a call from China and then shut access for them accordingly.

Activists who live in other parts of the world and communicate with Chinese citizens through Zoom are now expressing disdain over the company complying with China’s requests and promoting censorship. Zoom’s questionable ties to China have faced much scrutiny recently, especially when it was discovered that some of Zoom’s encryption keys were stored on Chinese servers, something Zoom said it would fix. 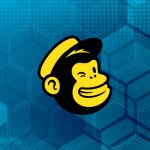 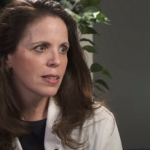 Twitter bans user for saying “only females get cervical cancer”