The app introduces a feature for Android which is coming natively to iPhones this year.

If you're tired of the destruction of civil liberties subscribe to Reclaim The Net.

The most recent iOS 14 will be hitting iPhones soon. While a lot of it copied from Android this time around, it did introduce a few great new features. The one that made me drool the most as an Android user is of course the indicator dots that alert you when your camera or microphone are being accessed.

Thankfully, someone has already made an Android app that does just that. It’s called Access Dots.

By default, Access Dots shows a green dot when the camera is in use and an orange one when the microphone is in use. When both are being accessed, you see the orange dot inside a green circle. Pretty cool!

Of course, you can customize those colors to your heart’s content from within the app. Other configuration options, like the size and location of the dots, are blocked behind a paywall that asks you to support the project’s developer.

When enabling Access Dots, you are informed that it will not log any of your data or even use your camera and microphone itself. It doesn’t ask for any permissions when you install it, but that’s not the whole story. 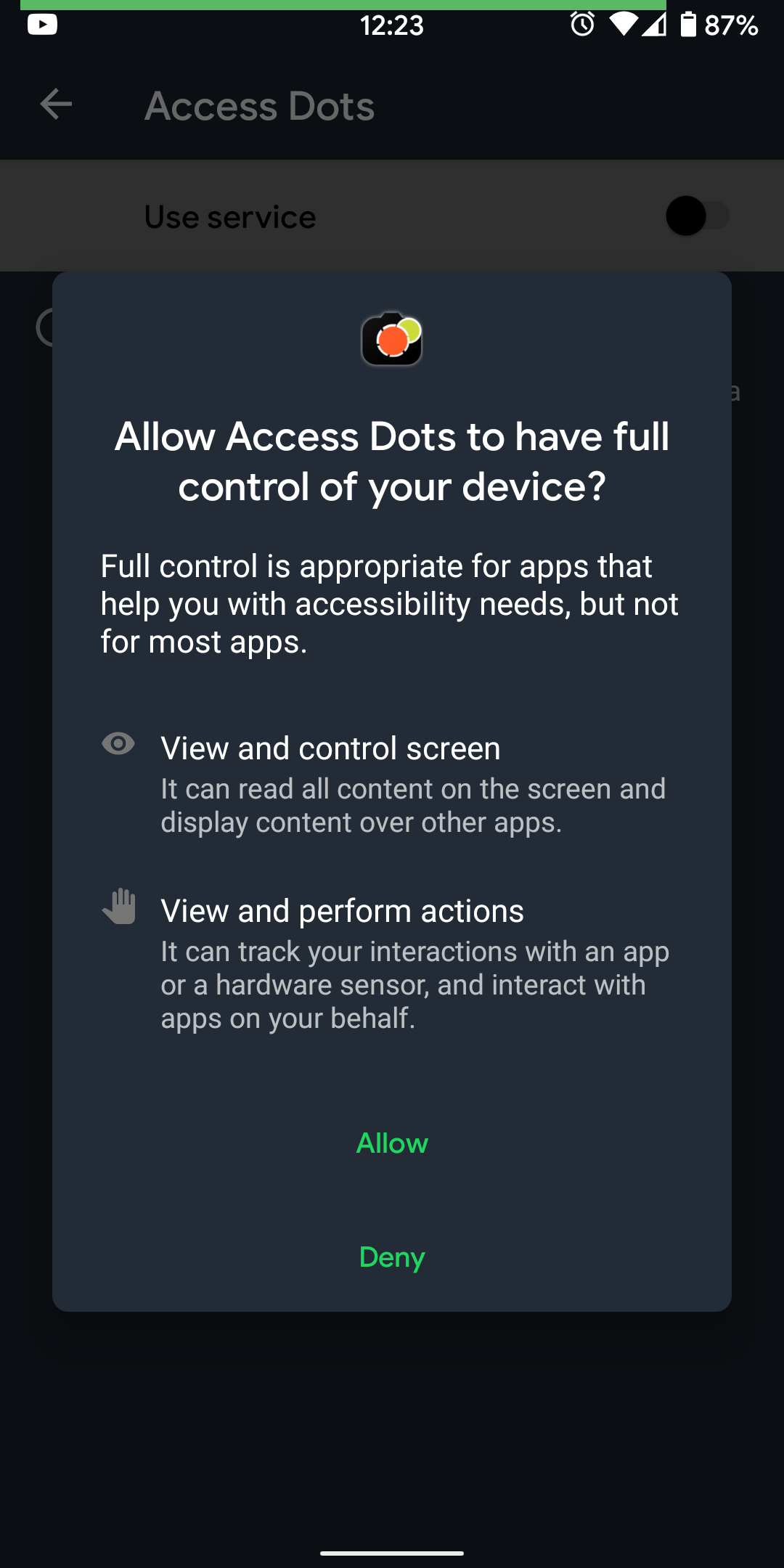 Practically, it’s able to do what it does by operating as an accessibility service – which means it has access to some scary permissions of its own.

It asks for the permission to monitor hardware events, so it can know if your camera or microphone are being accessed. It also asks for access to your screen’s contents – presumably to make sure the dots are appearing as they should.

Now neither of those permissions is inherently bad if they’re not logging and sending back anything they’re monitoring. At this time, there’s no reason to believe they are. But we’ll have to wait for independent security analysis to know for sure.

Until then, maybe hold off on installing this app. As cool as it is, I’ve yet to notice any apps using my camera or microphone without my permission.

More disappointingly, it doesn’t even tell you which app is doing the snooping. Hopefully that gets fixed in a newer version.