The days of just letting people be seem to be long gone.
Share

Australian YouTube influencer Sarah Stevenson, aka Sarah Day, has been harassed online and accused of cultural appropriation for giving her partner a yikadi (also known as a didgeridoo) on Father’s Day.

However, the couple have pushed back against the online mob, insisting they did not commit “cultural appropriation” as they bought the yikadi in an Aboriginal-owned business.

“Cultural appropriation” is a postmodernist term that refers to the use of the practices, ideas, and customs of cultures other than your own. A small but vocal number of people online believe in it.

On September 6, Stevenson gave her boyfriend Kurt Tilse a yikadi as a gift from their one-and-a-half-year-old son. The boyfriend, who also has a following on social media, shared a photo captioned “great gift” where he was playing the yikadi with his son looking at him.

Thanks mate, such a great Fathers Day gift! Fox loves when I create and play a DIY didgeridoo, so he decided to get me the real thing for Father’s Day. What a special gift rich with so much culture. Great morning spent with the ones I love most! I’d also like to take this opportunity to acknowledge the Dharawal speaking people who are the Traditional Custodians of the land of Sutherland Shire.

@blakbusiness, an Instagram page providing information on Aboriginal and Torres Strait Islander cultures, was soon to interject and end the fun. The account took issue with the photo noting that the yikadi was not bought from an Aboriginal-owned business.

Tilse responded to the backlash the photo attracted by saying there was some confusion. He wrote:

“I only want to glorify the rich culture that is attached to this country and the land. I am proud to be Australian and want to acknowledge the traditional custodians of the land.”
He then shared an article about the yikadi called “Why the didgeridoo should be our national instrument.” The article explains the history of the instrument, including how other Aboriginal clans had adopted it.

In an interview with news.com.au, Tilse reiterated their belief that the business was Aboriginal-owned.

“Before making the purchase, care, and research was taken to find an ethical supplier with the sole intention of supporting indigenous businesses and culture.

“It was our understanding the store works directly with indigenous communities to support their craftsman and didgeridoo making families and communities in Arnhem Land,” he said.

Other critics said the gift was “shameful” and “inappropriate and disrespectful.” 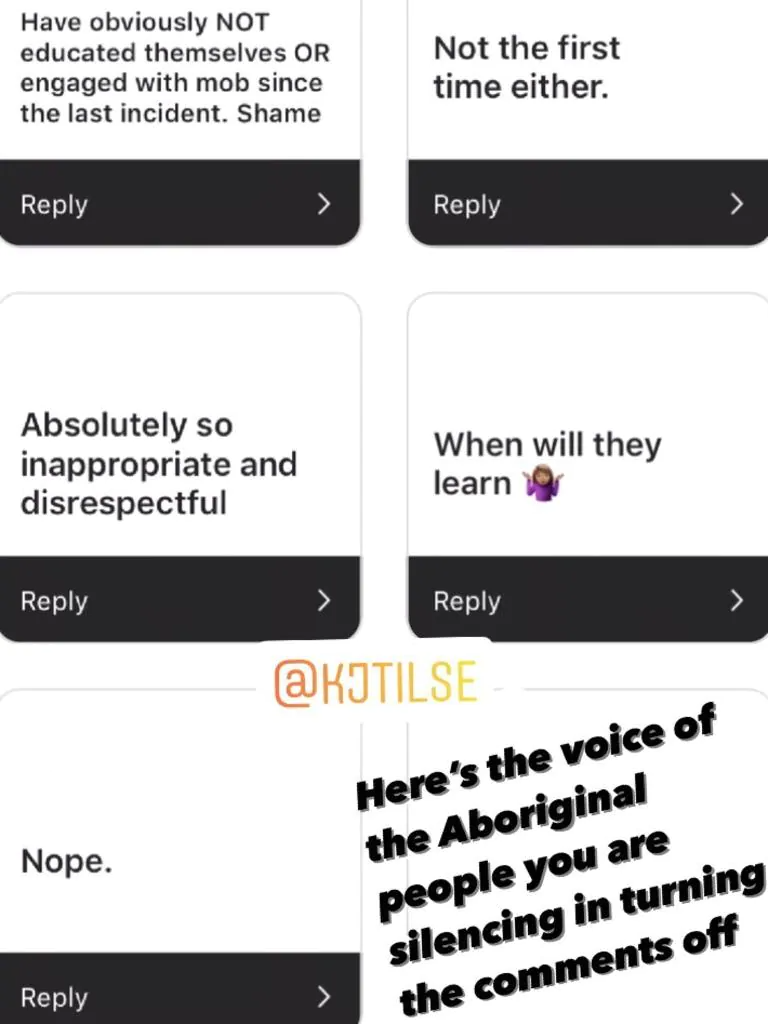 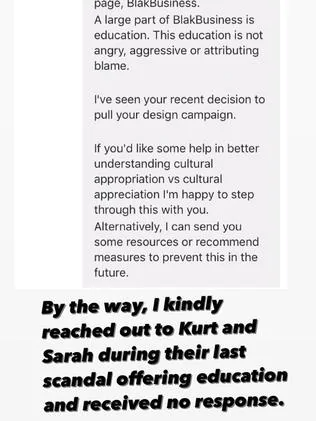 Some even reminded people of a similar case of cultural appropriation involving Sarah, when she made her hair in two long braids plaited with colorful strands. She had to delete the photos from her Instagram accounts after facing a growing mob. According to @blakbusiness, she refused their offer for “education” on the topic.