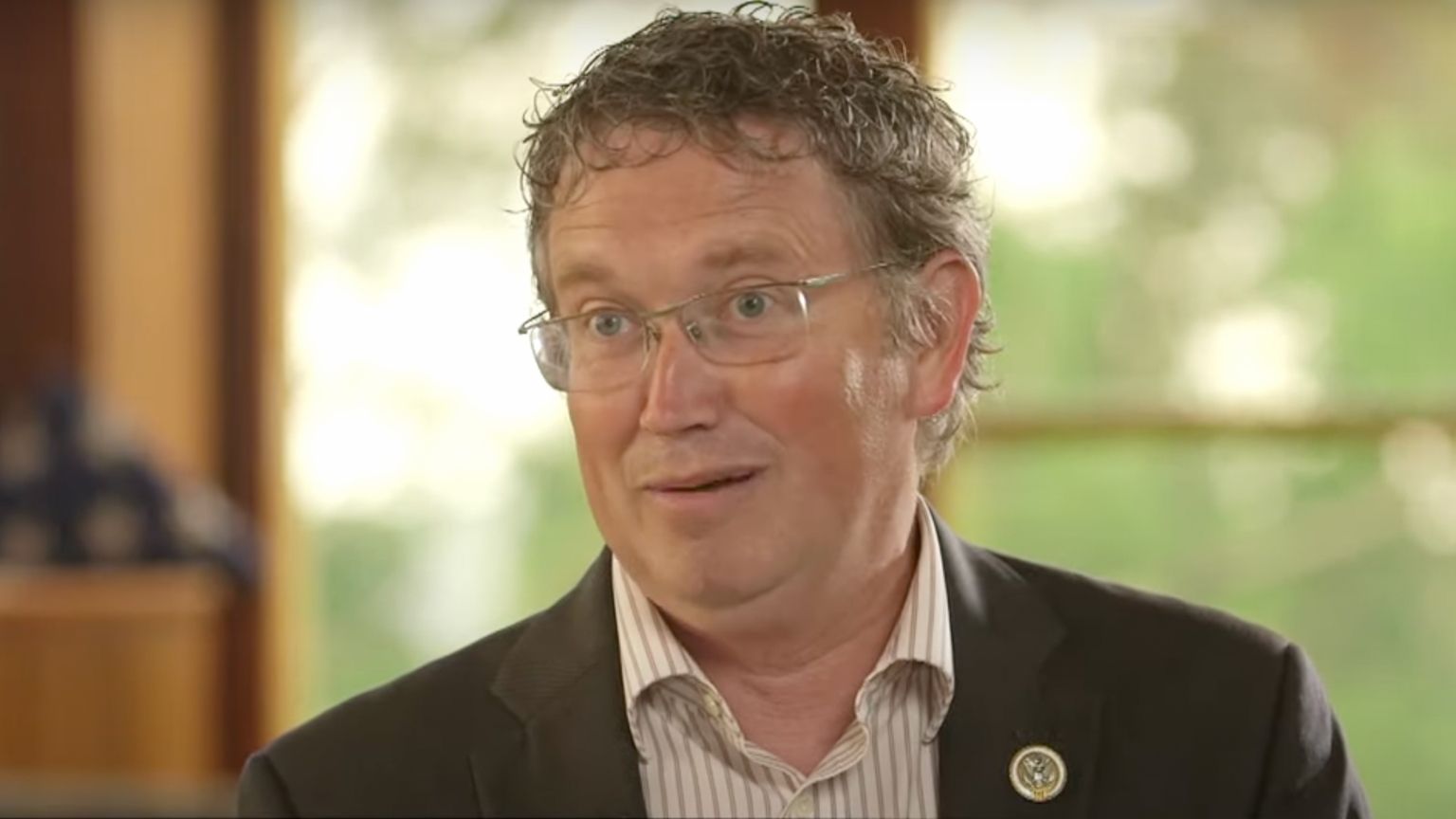 Twitter’s obsession with censoring COVID topics that either fall outside its strict boundaries of what is allowed to be discussed about the most prominent topic of our time – or only appear to fall outside it – continues unabated.

To reach this Orwellian goal of forging a sense of reality in the image of its own politics, Twitter has gone for various methods: suspensions, bans, shadowbans, and (misleading) labels.

In the example of users trying to share or quote from stories in articles referring to an Israeli study about natural immunity obtained by getting over the initial risk of coronavirus being more effective than that afforded to people by vaccines, we see a variety of those tools at work.

Twitter’s censorship at least seems “egalitarian” because it affects “ordinary” users as well as elected officials. US Congressman Thomas Massie shared on Twitter on August 28 that his post, reading, “Natural immunity >> vaccine immunity; So why force or coerce those with natural immunity from prior infection into taking the vaccine?” received a “this tweet is misleading” label. 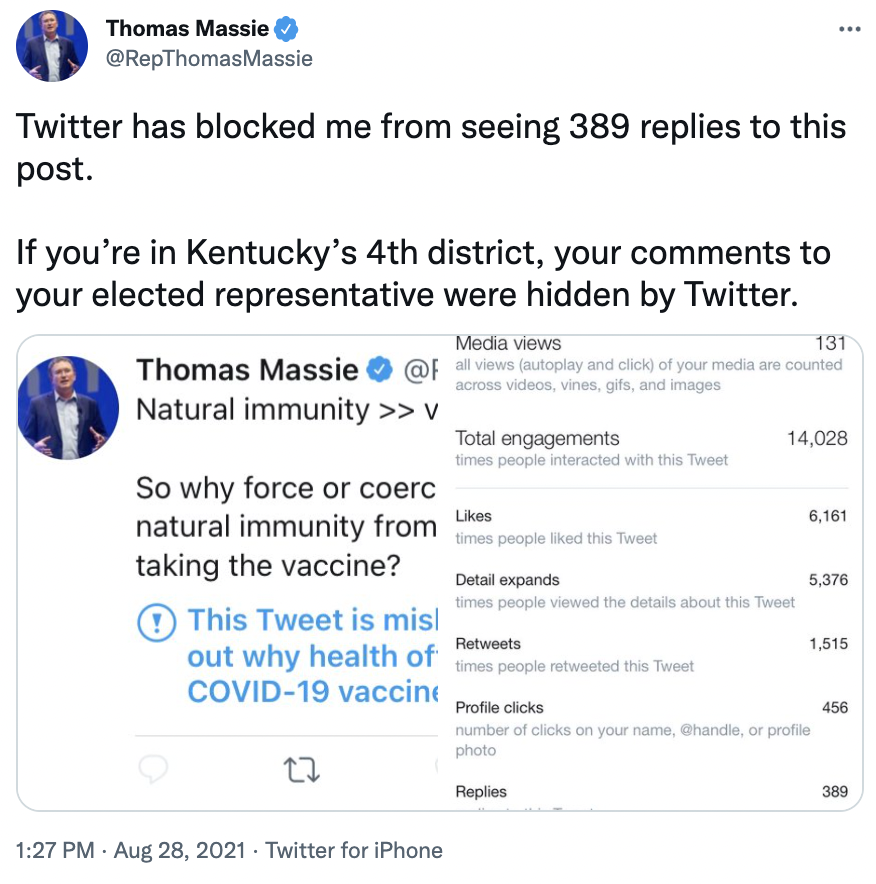 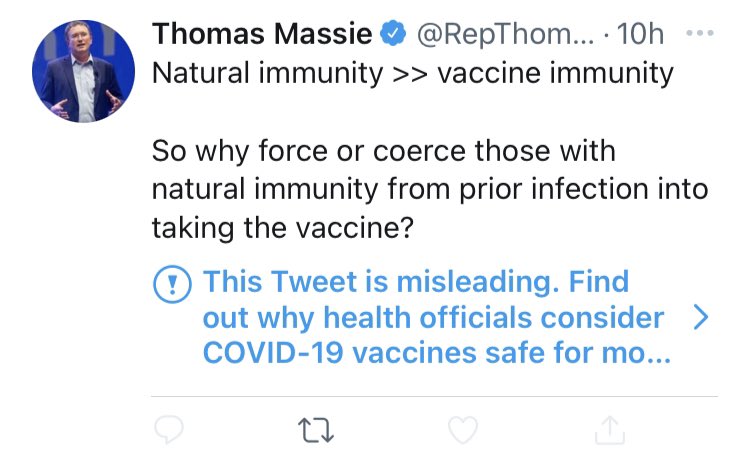 Not only that, but he said that Twitter blocked him from seeing 389 replies to that post, and added that his Kentucky constituents should know that their comments to their elected representative may have been hidden from him by Twitter.

Round about the same time, New York art dealer Eli Klein decided to share a link to a Science Magazine article the gist of which, as Klein said in his comment, was that the risk of hospitalization was “eight times higher among people with only vaccine-induced immunity, compared to people with natural immunity from having had COVID, with the Delta variant predominate.” 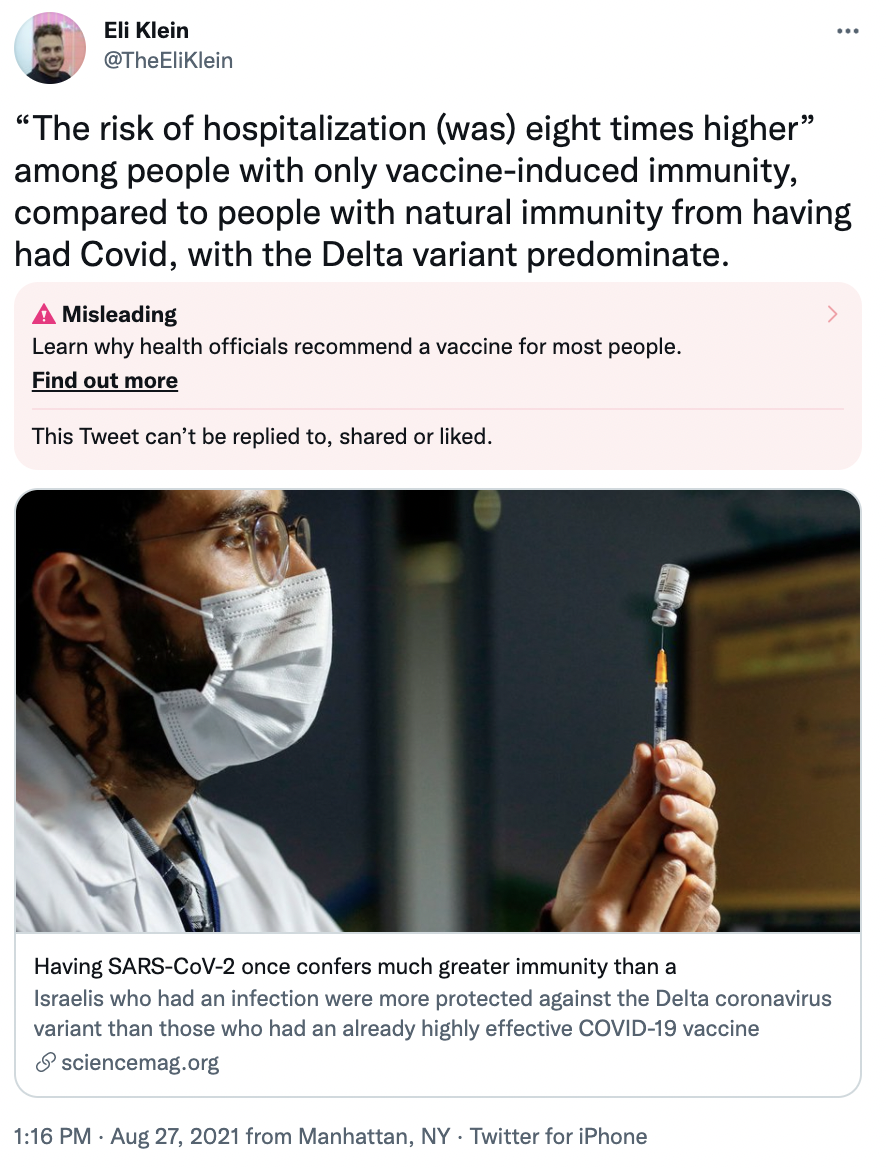 This, too, earned the tweet the label of being “misleading” and directing Twitter users to learn “why health officials recommend a vaccine for most people.”

This appears to be a part of Twitter’s strategy of realizing it has no leg to stand on to remove content or ban users, but still seeking to discredit them with labels, apparently simply because the social giant doesn’t like what they’re saying.

Meanwhile, mainstream media are freely reporting about the story; the Daily Mail wrote recently, citing the Israeli study, that people who had COVID and recovered are 13 times less likely to get infected again than those who have been inoculated, and 27 times less likely to experience symptoms if they did get reinfected.

This research focused on the vaccine manufactured by pharma giant Pfizer.

The study still said that unvaccinated people (without natural immunity) were more likely to get COVID and did not discourage vaccination.