Criticism of the WHO is now a “right-wing stunt”, apparently

WIRED are facing online backlash over the suggestion.
Share

While the whole world is growing increasingly aware of the fact that WHO may have intentionally delayed informing people about the coronavirus outbreak and that China did the same, WIRED now acknowledges the whole fiasco but calls the accusations against the WHO a “right-wing Stunt”.

“A right-wing stunt to pin the blame for Covid-19 on the World Health Organization actually contains a useful notion. There is at least some reason to suspect that WHO knowingly and consequentially misled us,” tweeted WIRED, while attaching a link to an article penned by a WIRED “Ideas Contributor”. 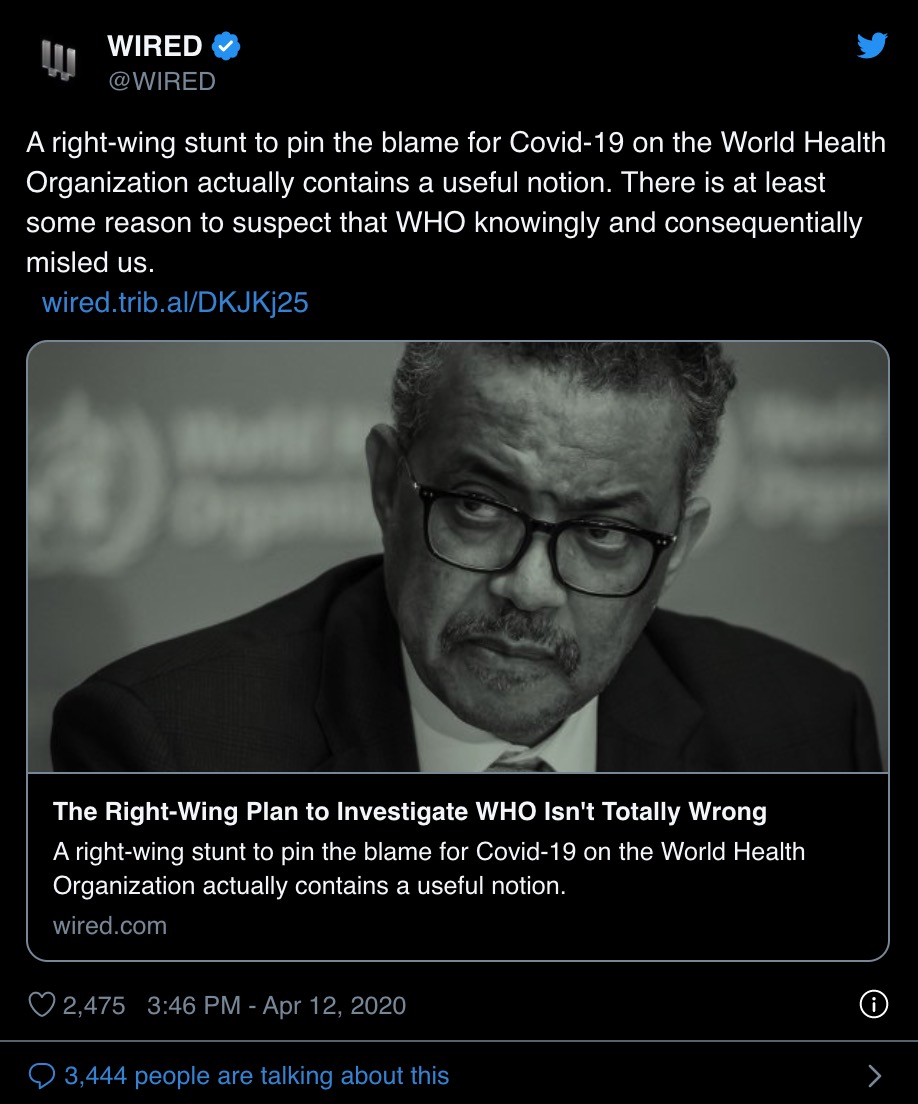 The article says that right-wing politicians such as Sen. Rick Scott, who called an investigation into the WHO, usually condemned such “global governance” bodies to cut their funding.

“This is a familiar right-wing move: subject international institutions to scrutiny that, if all goes according to plan, can be used to justify cutting their funding. Then, as the script typically unfolds, global governance fans like me spring to the defense of these institutions.”

The article further states that the investigation into the WHO must not be conducted right now as the whole country as well as the WHO is vested in battling the pandemic.

What’s more, the article also reluctantly acknowledges the possibility of WHO mishandling the whole fiasco, despite publicly available information suggesting that WHO clearly did so.

Ironically, the article also references a now-infamous tweet by the WHO from January where the organization stated that there was no evidence of human-to-human transmission of the virus.

“Preliminary investigations conducted by the Chinese authorities have found no clear evidence of human-to-human transmission of the novel #coronavirus (2019-nCoV) identified in #Wuhan, #China,” tweeted the WHO. 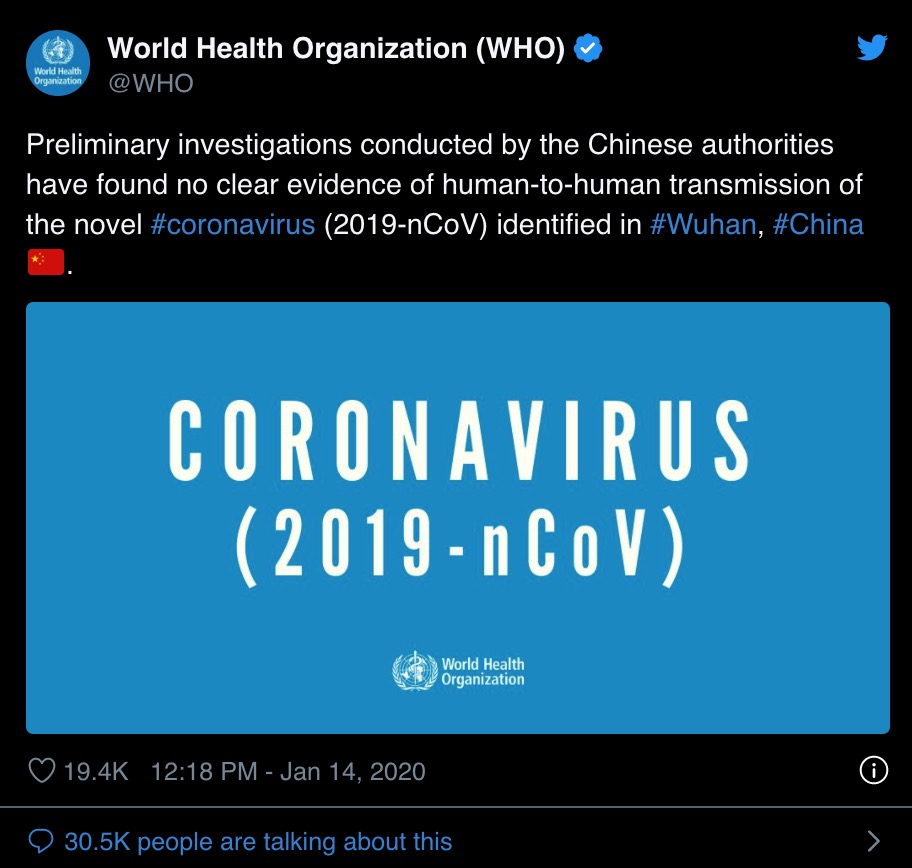 Nonetheless, around the same time, several activists, doctors, and users on social media have spoken out, or at least attempted to, about the wide-scale infection and the number of people who were becoming bed-ridden as a result of the human-to-human transmission due to the virus.