Yet another leak suggesting that Google is baking extreme political bias into its products and services.

Less than 24 hours after an investigative report from Project Veritas showed that Google’s AI is biased, a new leaked document has emerged indicating that political bias is also influencing Google’s products and services. The leaked email shows a Google employee who is part of an internal Google Group titled “transparency-and-ethics” recommending that political commentator Ben Shapiro, clinical psychologist Jordan Peterson, and education platform PragerU be removed from suggestions because they are “Nazis using the dog whistles.”

The full email was given to Project Veritas after the publication of its Google AI investigative report and says:

“Today it is often 1 or 2 steps to nazis, if we understand that PragerU, Jordan Peterson, Ben Shapiro et al are nazis using the dog whistles you mention in step 1. I can receive these recommendations regardless of the content of what I’m looking at, and I have recorded thousands of internet users sharing the same experience.

I don’t think correctly identifying far-right content is beyond our capabilities. But if it is, why not go with Meredith’s suggestion of disabling the suggestions feature? This could be a significant step in terms of user trust.”

Since this reply is part of a wider group discussion, it’s not clear which Google product the employee is referring to. However, since Shapiro, Jordan Peterson, and PragerU all have popular YouTube channels and YouTube has recently been the subject of high profile legacy media hit pieces suggesting that its recommendations feature results in “far-right radicalization,” this email is presumably referring to YouTube and suggesting that videos from these creators be removed from YouTube recommendations.

The phrasing of the message also indicates that multiple people in this Google Group believe that the people behind these YouTube channels are Nazis, despite Shapiro and Dennis Prager, the owner of the PragerU channel, both being Jewish and Peterson calling Nazis reprehensible.

Dennis Prager is a Jew.

Ben Shapiro is a Jew.

Both have spoken extensively against anti-Semitism, the Holocaust, Hitler, etc.

Yet a Google employee claims they are Nazis in order to justify suppressing conservative content?

Hey, @SusanWojcicki, would love to discuss this with you. Do you think your employees should be cavalierly labeling those who militantly hate white supremacy "Nazis," and then shaping algorithms on the basis of such lies? https://t.co/8zy72ZdWXI

The contents of this leak seem to contradict recent statements from Google’s Head of Responsible Innovation Jen Gennai. She was recently caught on camera suggesting that Google trains its algorithms to manipulate what people see and even change the outcome of elections in Project Veritas’ investigative report into Google’s AI. After the report was published, Gennai backtracked and claimed that “Google has no notion of political ideology in its rankings.”

While it’s possible that the employees in the “transparency-and-ethics” Google Group are simply sharing their own political opinions and don’t have the power to change YouTube’s rankings or recommendations, the tone of this group conversation suggests otherwise. 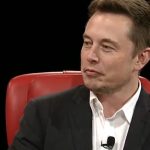 Amazon dominates many sectors, including ebook sales where it has an estimated 83% share of the US market. 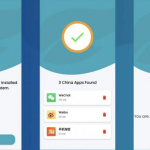 Google says it violates its policies. 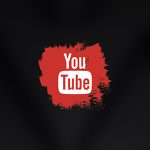 The defense came just three weeks before President Trump called for this immunity to be revoked.

Amazon dominates many sectors, including ebook sales where it has an estimated 83% share of the US market.

Google says it violates its policies.

The defense came just three weeks before President Trump called for this immunity to be revoked.

A sleight of hand.

Google is sued for tracking users, even in incognito mode

Cyber attacks increase, attempt to take down Black advocacy groups and US government agencies during protests

DDOS attacks are an increasing form of censorship.