The union, formed on Monday, made its first bold stance – not in calling for increased wages, better working conditions, or more benefits – they focused on pressuring YouTube executives to ban the sitting President.

“We warned our executives about this danger, only to be ignored or given token concessions, and the results have been suicides, mass murders, violence around the world, and now an attempted coup at the Capitol of the United States,” the union wrote in a letter. “YouTube refuses to hold Donald Trump accountable to the platform’s own rules.” 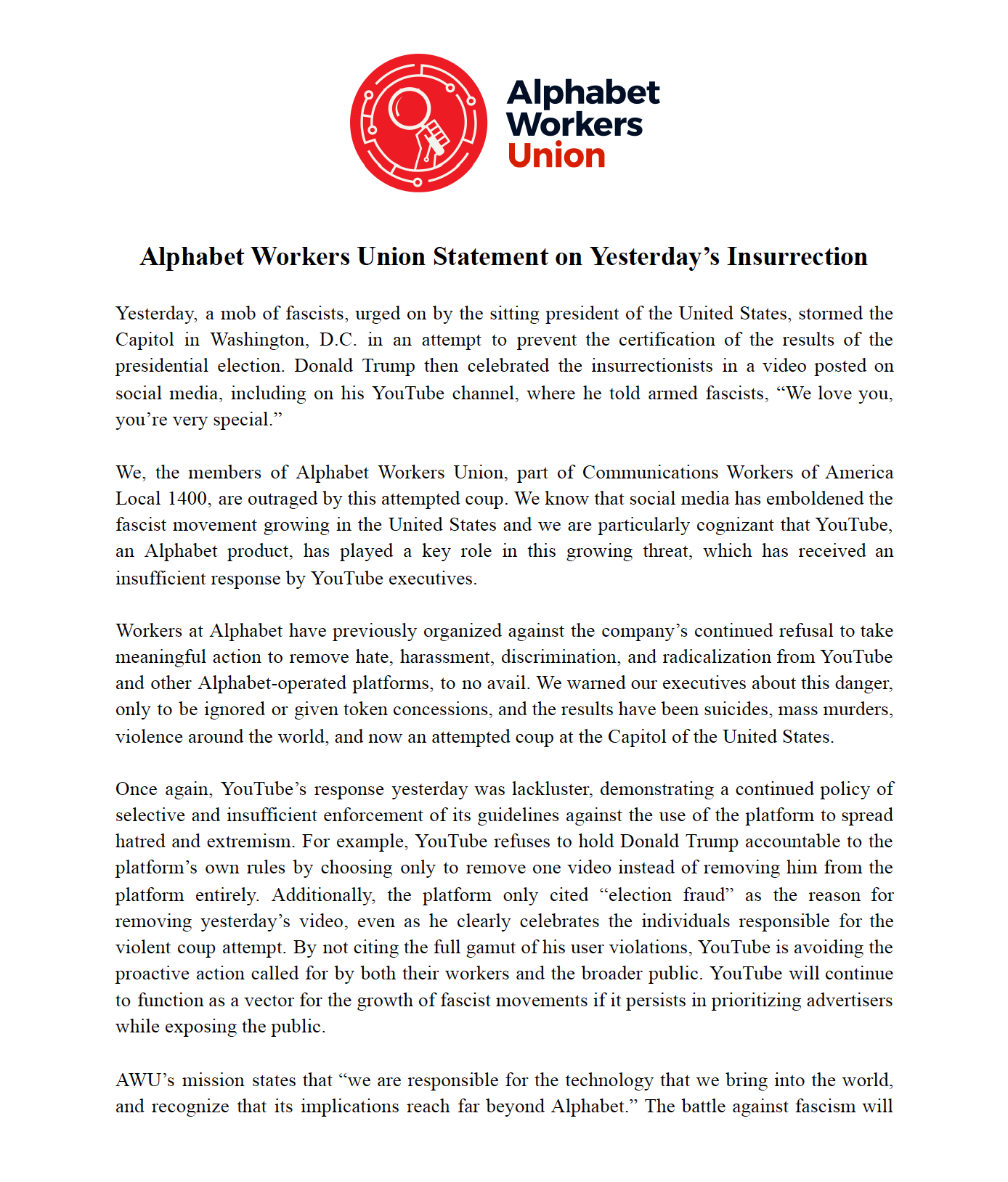 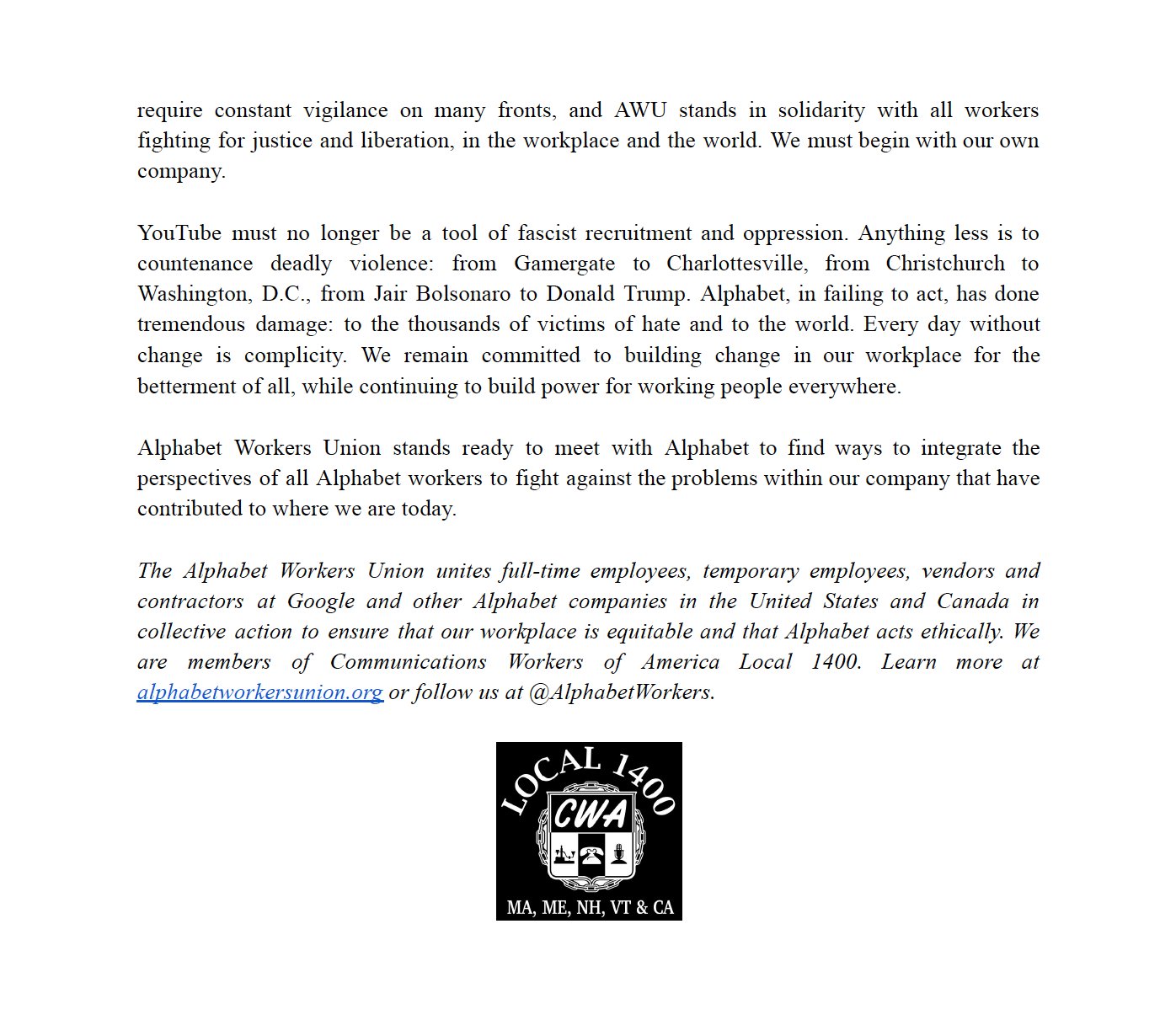 Interestingly, the union’s seriousness and motives were further called into question when it went as far invoking “GamerGate” in relation to “deadly violence” and the events of the 2017 Charlottesville rally. 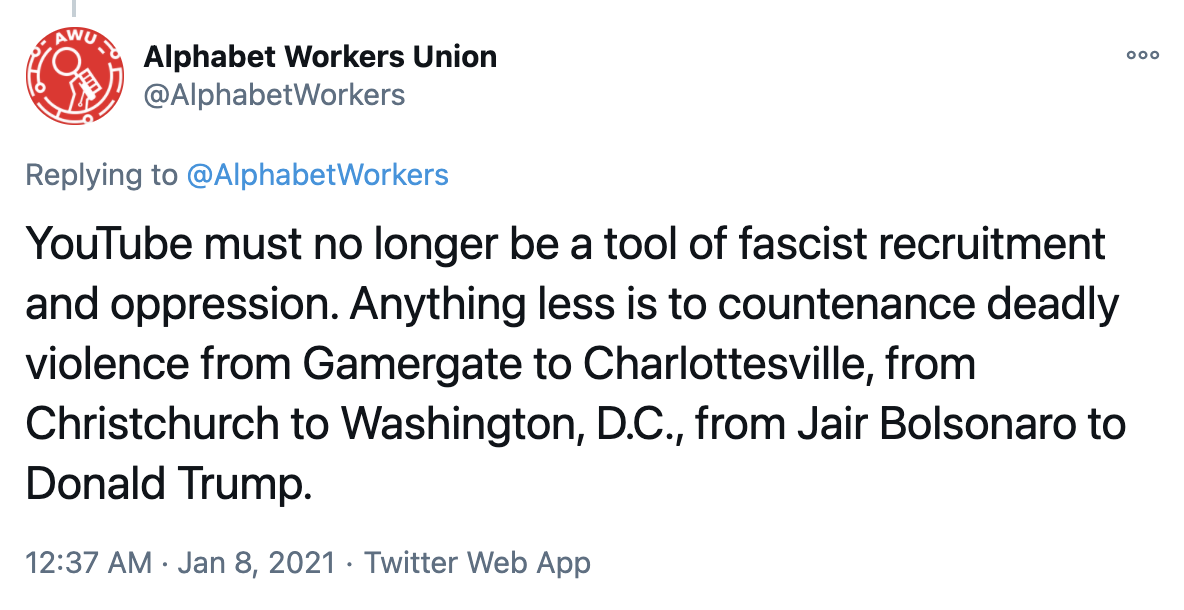 For those who built a career off of the heights of 2014’s GamerGate saga, their relevance is maintained by constant references to how it’s somehow tied to several of today’s violent events.

GamerGate was one of those incidences where there was a major attempt to frame online criticism as harassment and is somehow to blame for the riots in the US Capitol on January 6, according to some notable mainstream video game media personalities.

They claim there is a straight line between GamerGate and what happened in the country’s capital earlier in the week, that the mayhem that could have been avoided if there were criminal consequences for GamerGate.

Ashley Lyn, an outspoken critic, said that one could “draw a direct line from Channer edgelords wanting to destroy a female game designer to a fascist insurrection attempting to violently overthrow a country.”

God of War (2018) producer Shayna Moon said, “there is a direct line from the game industry and media’s failure in addressing GamerGate to the right-wing terrorism we’re seeing today.”

Polygon’s co-founder Arthur Gies took to Twitter to urge the “mainstream news media” people who follow him to “apply network resources to observe the lineage between gamergate and today” because “it’s a straight goddamned line.” 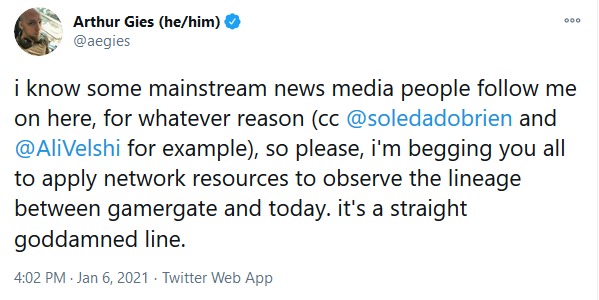 Brianna Wu, the developer of Revolution 60 and one of the people criticized during GamerGate, asserted the riots would not have happened if GamerGate’s participants were criminally charged.

America is getting worse because we won’t have consequences,” Wu wrote on Twitter before deleting it. 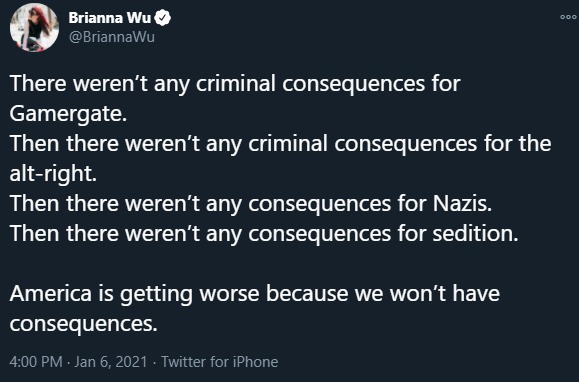 YouTube removed Trump’s Wednesday video, in which he continued to claim widespread voter fraud and advised protesters to go home. On Thursday, the video-sharing platform warned that it may strike channels posting similar videos of voter fraud claims without issuing a warning. YouTube’s approach is modest compared to Twitter and Facebook – both suspended Trump’s accounts indefinitely.

The union is the first at any Big Tech company. However, it is a minority union, with only 619 Alphabet (Google’s parent company) employees. As a minority union, it cannot bargain with the company and is not recognized by the National Labor Relations Board. Regardless, the members are still trying to get the social video giant to censor President Trump.

The letter also accused YouTube of “prioritizing advertisers while exposing the public.” The union wants to meet with Alphabet executives “to fight against the problems within our company that have contributed to where we are today.”