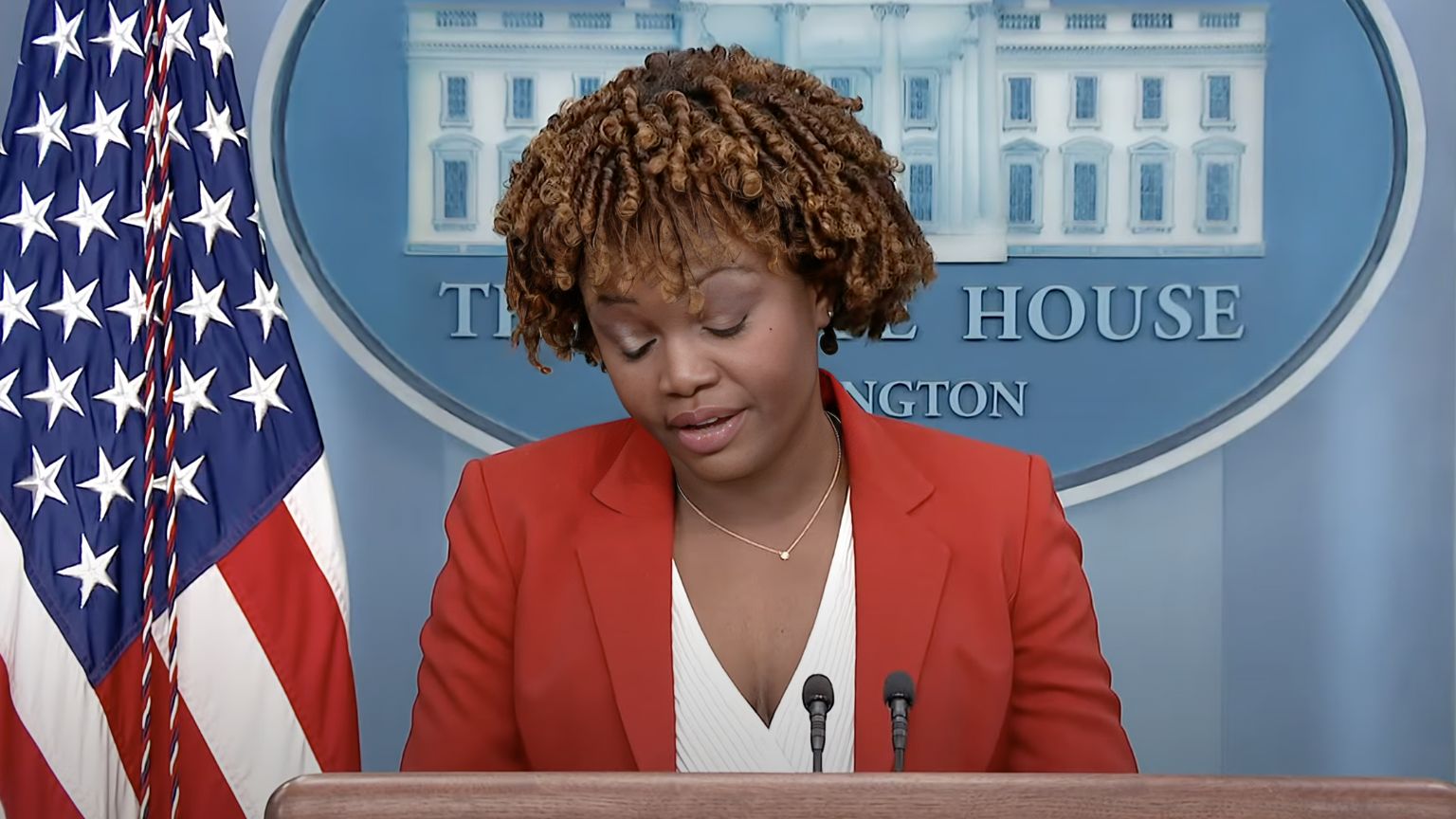 White House press secretary Karine Jean-Pierre’s reactions during a news briefing are now under scrutiny, after it appeared she was trying to avoid answering questions related to the allegedly close ties between the US administration and Big Tech, particularly around censorship of “misinformation.”

Judging by public statements made earlier by Jean-Pierre’s predecessor Jen Psaki, those ties run extraordinarily deep, and this information, that caused a major controversy, has not been officially fully explained to this day. In July 2021, Psaki said that the Biden administration was flagging “problematic posts” on Facebook, deemed to be spreading information.

But when quizzed about this on Wednesday, Jean-Pierre sought to shift the responsibility to the Department of Homeland Security (DHS), appearing to suggest that the White House has no pertinent knowledge about working with social media companies to carry out censorship of information they dislike (by labeling it as “misinformation.”)

Clips from the briefing have been cropping up on Twitter and in news media reports, showing the press secretary meander around pretty straight-forward questions, apparently in an attempt not to give any kind of useful and direct response.

This comes as – on top of the Psaki remarks – the Intercept in October wrote that, “Years of internal DHS memos, emails, and documents – obtained via leaks and an ongoing lawsuit, as well as public documents – illustrate an expansive effort by the agency to influence tech platforms.”

Thus one reporter cited the Intercept story that said the federal government had “opportunities” to identify posts perceived as misinformation – whether it concerned origins of Covid, vaccines, Ukraine, or the US withdrawal from Afghanistan – and then give that information to social media giants to suppress.

Jean-Pierre’s response to that specific question was that the Biden administration “remains fully committed to protect the security and resilience of or elections and safeguard election infrastructure” – and although she was “answering” a question that was never asked, she made a tenuous link to it by adding that this “included combating disinformation.”

The press secretary then suggested that the work to “protect Americans that threatens the whole land, including malicious efforts spread by foreign adversaries began before the Disinformation Governance Board was established,” adding, “in fact, some of that work began before this administration.”

When the reporter insisted, asking, “So, you are flagging misinformation [for social media companies]?,” the reply was, “I don’t have anything more to add; this is DHS I am referring you to.”

A reporter with an independent media outlet, RealClearPolitics, was behind these White House briefing questions that received no real answers and the final query was whether the White House submits examples of disinformation “to censor through a secret government censorship portal.”

To a question phrased like this, Jean-Pierre replied, “No.”