LinkedIn claimed to "strongly support freedom of expression" while acknowledging the censorship on behalf of China.
Share 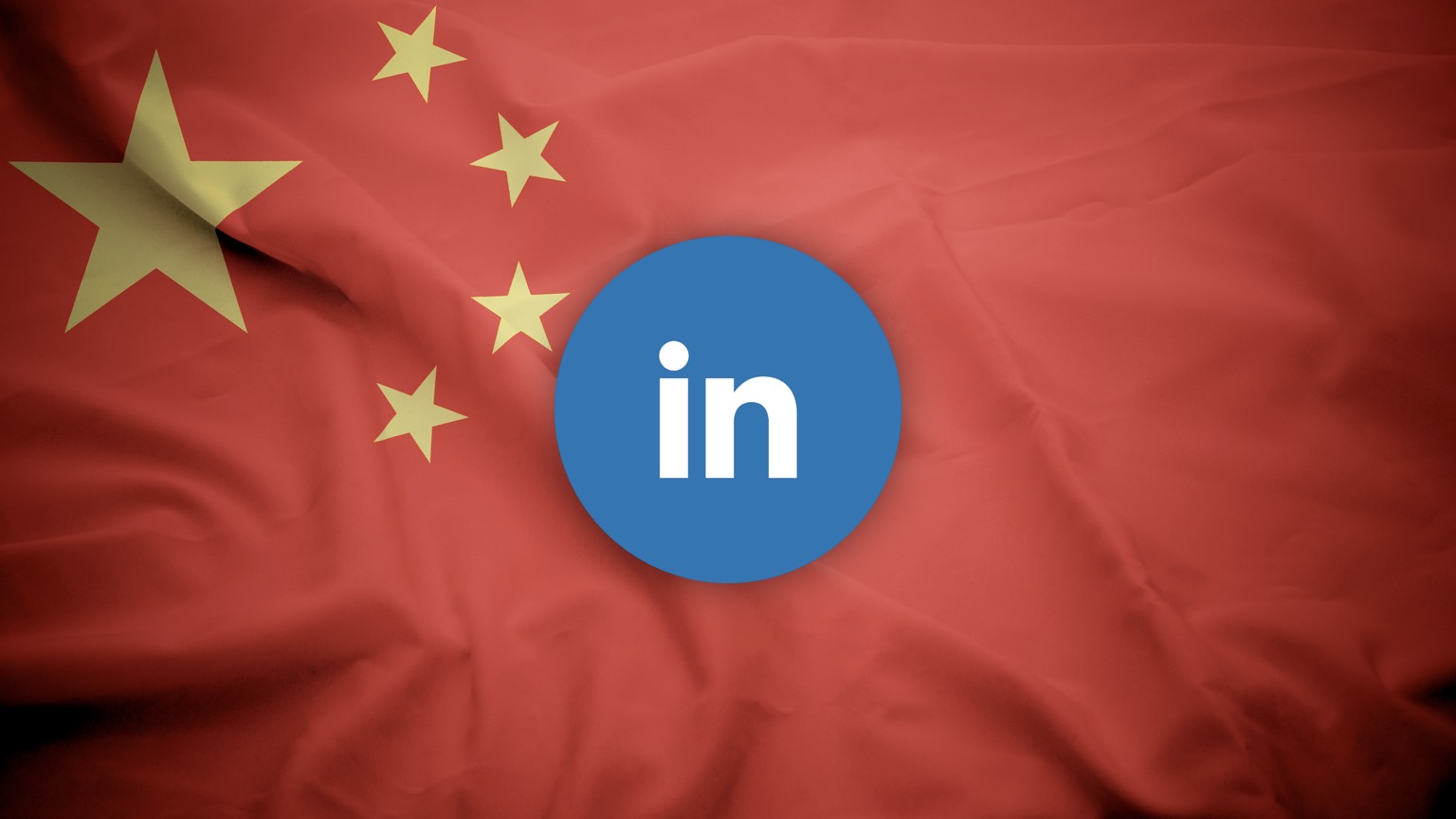 Microsoft-owned LinkedIn has censored the profile of Swedish journalist Jojje Olsson in China after he included a single sentence in the “Education” section of his profile that referenced his thesis on the Tiananmen Square massacre and the Cultural Revolution.

LinkedIn is one of the few Western social networks to not be blocked in China because of its willingness to “implement the Chinese government&rsquor;s restrictions on content” and apply these restrictions to the profiles of non-Chinese users when they&rsquor;re viewed from China.

By introducing this censored version of LinkedIn in China, the US platform has grown its Chinese user base to 53 million users and China is now its third-largest market.

LinkedIn didn&rsquor;t specifically mention which part of the Education section in Olsson&rsquor;s profile had led to the censorship but the sentence on the Tiananmen Square massacre and the Cultural Revolution is the only part of this section that references topics that are often censored by the Chinese state. 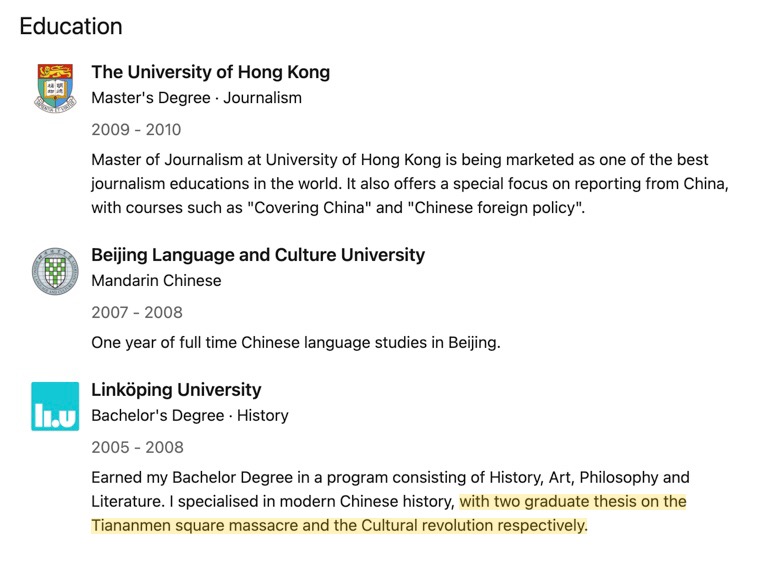 In its email explaining the censorship, LinkedIn acknowledged the need to censor for China yet still claimed to support freedom of expression:

“While we strongly support freedom of expression, we recognized when we launched that we would need to adhere to the requirements of the Chinese government in order to operate in China.”

LinkedIn also offered to review Olsson&rsquor;s profile&rsquor;s accessibility within China if he updates the Education section – an offer that Olsson described as “a finer call for self-censorship in order to make full use of the service.” 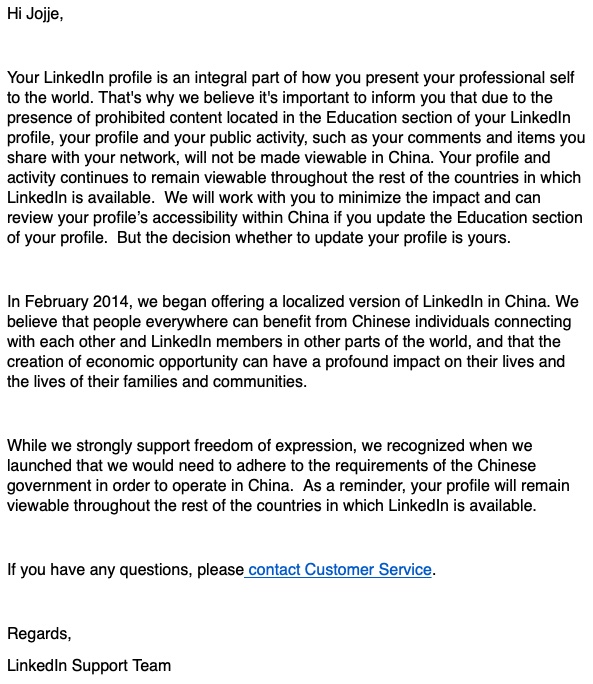 Olsson also questioned the timing of the censorship, noting that he&rsquor;s used LinkedIn for a decade and is only being censored now. He suggested that the reason for the increased scrutiny of his profile is that LinkedIn has stepped up its “attempts to appease the Chinese regime” after it was punished by China in March for not censoring enough.

Olsson has long been a critic of China and the censorship of his LinkedIn profile is the latest of several obstacles he&rsquor;s faced for his China-focused content.

In April, he received a threatening email from the Chinese Embassy in Sweden which criticized his anti-China content and warned: “We ask you to immediately stop the wrongful actions, otherwise you eventually will face the consequences of your own actions.”

Despite the threat, Olsson refused to back down and said the response from the Chinese Embassy “shows the importance to focus even more on the issues that create such a strong reaction from the regime.”

LinkedIn has been accused of censoring other users on behalf of China in recent months including former British journalist and corporate investigator Peter Humphrey who said one of his posts was censored for describing the Chinese government as a “repressive dictatorship,” and blasting the nation&rsquor;s state-controlled media for being “propaganda mouthpieces.”

The censorship of Olsson&rsquor;s profile also reflects a trend of companies outside of China increasingly censoring content that covers topics that the Chinese government objects to.

Earlier this month, Israeli web services company Wix censored a website containing a letter that was critical of China but then reinstated it after backlash. US tech giant YouTube was also accused of censoring content critical of the Chinese Communist Party (CCP) in April.