The ruling still lets employers punish employees for tweets that are considered "discrimination" or "harassment" under the UK Equality Act.
Share 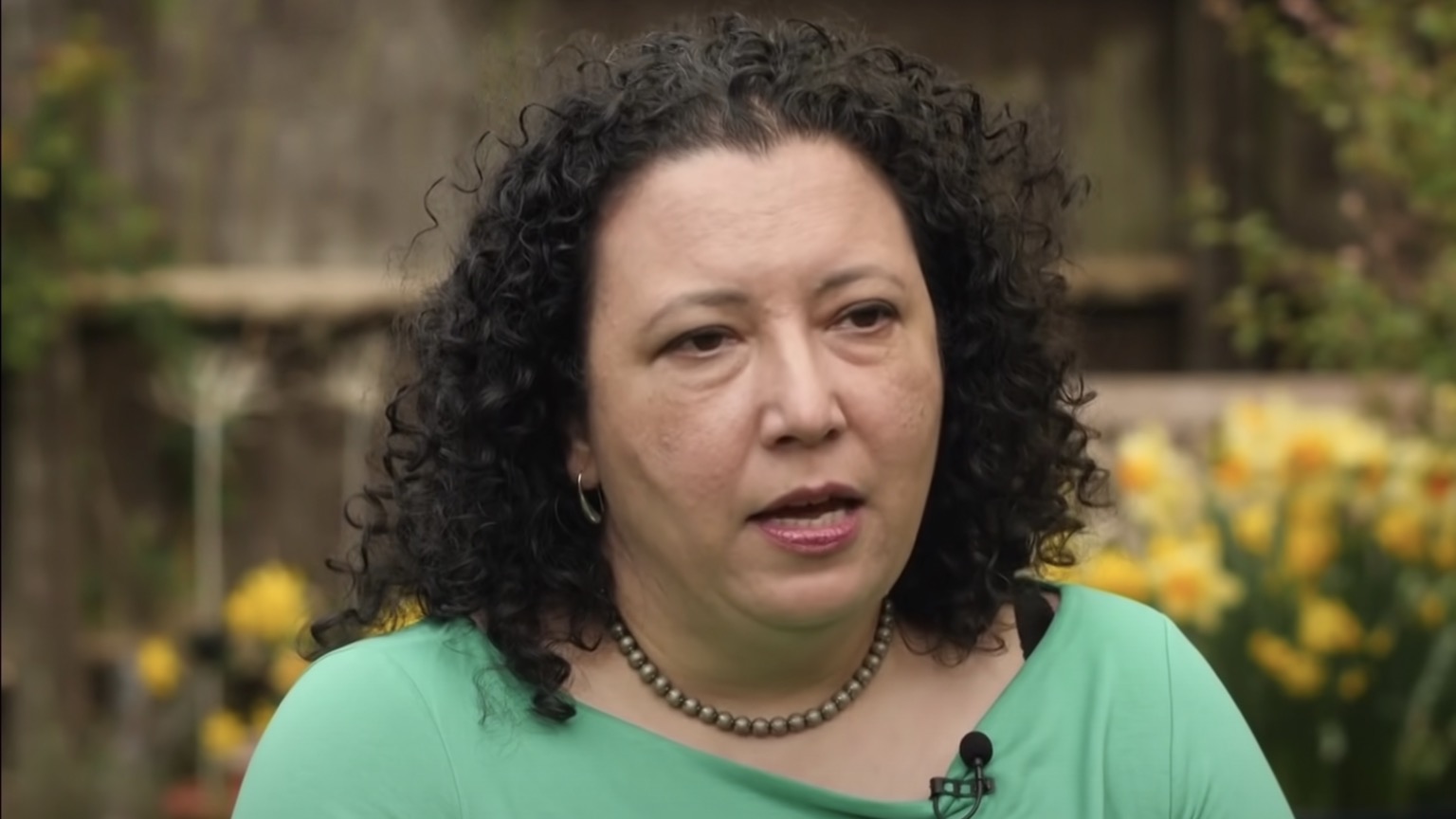 Maya Forstater, a woman who lost her job for tweeting people can’t change their biological sex, has won her appeal against an earlier judgment that declared gender-critical beliefs (beliefs that sex can’t be changed) are “not worthy of respect in a democratic society” with the court ruling that gender-critical beliefs are protected under the UK Equality Act.

However, the ruling is a mixed bag for free speech with the presiding judge, Justice Choudhury, noting that expressing gender-critical beliefs could still be considered “discrimination” or “harassment” under the UK Equality Act.

The ruling follows Forstater losing her job as a senior researcher at the London office of the Center for Global Development (CGD) think tank in 2019 after some of the staff had complained about several of her 2018 tweets where she made statements such as “yes I think that male people are not women” and criticized people that are pro-science and pro-human rights yet “are tying themselves into knots to avoid saying the truth that men cannot change into women (because that might hurt mens feelings).” 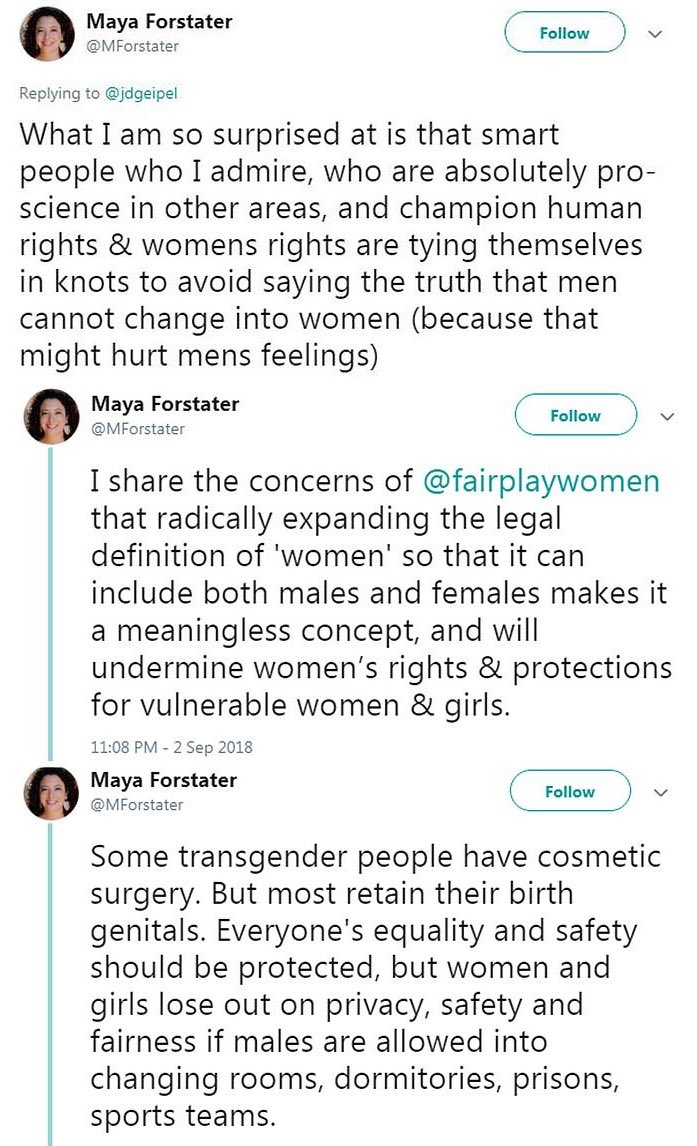 After losing her job, Forstater took CGD to an employment tribunal and accused the think tank of discriminating against her beliefs. She lost the tribunal with the judge declaring on December 19, 2019 that gender-critical beliefs are “not worthy of respect in a democratic society” and therefore not protected against discrimination.

The case received worldwide attention after author J.K. Rowling tweeted in support of Forstater after she lost the tribunal. 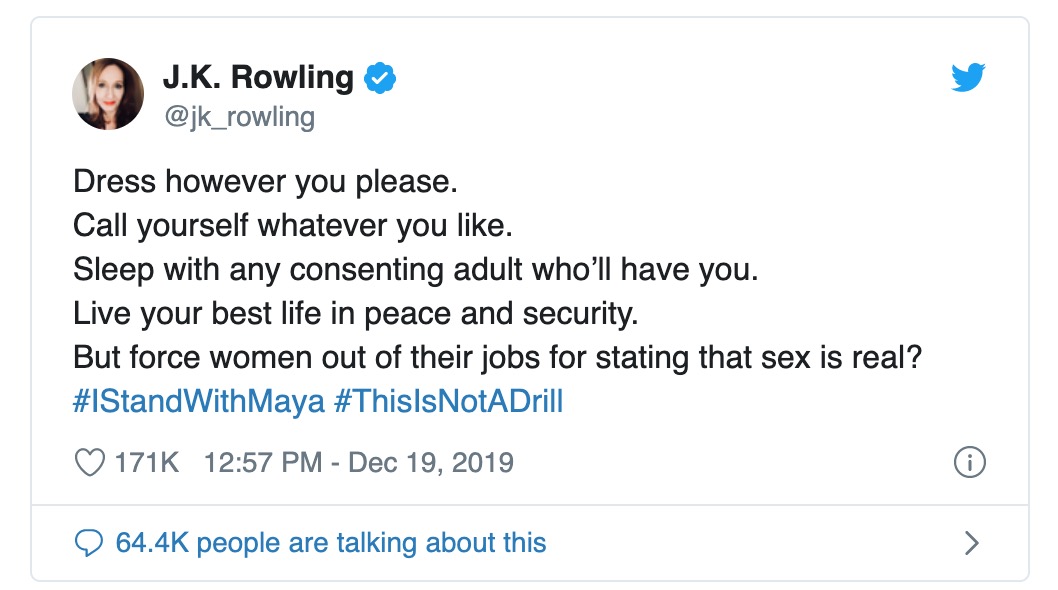 And in today’s ruling, the Employment Appeal Tribunal overturned the tribunal’s original judgment and ruled that gender-critical beliefs are a protected characteristic under the UK Equality Act meaning that those who hold such beliefs are now legally protected from discrimination.

“The Claimant’s gender-critical beliefs, which were widely shared, and which did not seek to destroy the rights of trans persons, clearly did not fall into that category.”

Justice Choudhury added: “It is clear from Convention case law that…a person is free in a democratic society to hold any belief they wish, subject only to ‘some modest, objective minimum requirements’.”

We obtained a copy of the judgment for you here.

Forstater welcomed the victory and discussed the legal implications of the judgment:

“I am delighted to have been vindicated. I lost my job simply for expressing a view that is true and important, and held by the great majority of people in this country: sex matters.

Being a woman is a material reality. It is not a costume or a feeling. Institutions that pretend sex doesn’t matter become hostile places for women, in particular. After this judgment, employers and service-providers that ignore sex and silence women who object, need to consider whether they are acting unlawfully, and the substantial legal risks they face if they do not change their approach.”

Forstater’s beliefs, which are now recognized as protected philosophical beliefs by the Appeal Tribunal, include that “there are only two sexes in human beings: male and female,” sex is “fundamentally linked to reproductive biology,” “sex is determined at conception, through the inheritance (or not) of a working copy of a piece of genetic code which comes from the father (generally, apart from in very rare cases, carried on the Y chromosome),” and that “it is impossible to change sex or to lose your sex.”

While many are celebrating the judgment as a victory for free speech, Free Speech Union Founder and Director Toby Young has urged caution.

“An employer could still punish an employee for the expression of those beliefs,” Young tweeted. “So the fact that @MForstater won her appeal does not mean her employer was acting unlawfully when it decided not to renew her contract – that is still to be determined.”

He added: “Employers can still punish employees for the expression of gender critical beliefs, but the threshold for doing so has been slightly raised. Henceforth, employers will have to balance their legal obligation to protect gender critical beliefs against their legal obligation to protect trans and gender non-conforming people from discrimination.”

“So it’s not exactly a slam dunk victory for free speech,” he concluded.

Young’s concerns are related to Justice Choudhury’s statement that his judgment does not mean “those with gender-critical beliefs can indiscriminately and gratuitously refer to trans persons in terms other than they would wish. Such conduct could, depending on the circumstances, amount to harassment or discrimination.”

In her press release on the judgment, Forstater acknowledges that one of the key legal implications of the judgment is that “a person with a protected philosophical belief is not exempt from the law of harassment – where they commit unlawful harassment against an individual, the harasser’s belief is not a defence to any legal sanction they may face.”