Just 4 seconds of footage in a 1 hour 40 minute documentary got the whole thing removed under YouTube's bogus system for dealing with copyright.
Share

The executive producer of the environmental documentary Planet of the Humans, Michael Moore, has discovered that his film was removed from YouTube after it had been streaming for more than a month.

Moore has found that YouTube did so because a copyright claim was filed for a few seconds of footage that were used in the documentary and YouTube&rsquor;s copyright system is so broken that they take down the entire video the moment they get a complaint. 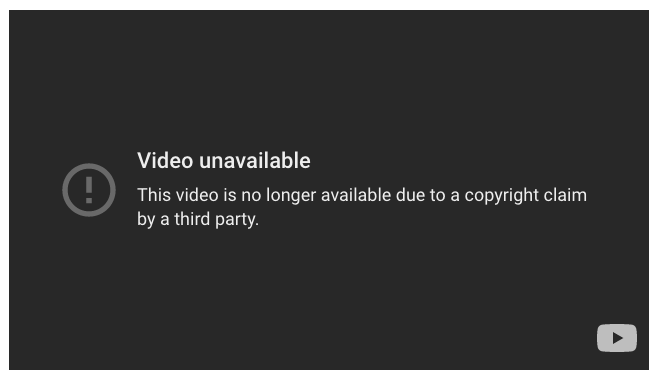 Michael Moore and writer-producer Jeff Gibbs are saying that the copyright complaint was made on a four second clip that they used in the documentary.

The duo said that they used the clip at around 37 minutes into the documentary. Moore said that the footage showing a mining operation for rare earth metals was used under fair use exception under the copyright laws. The fair use principle grants reporters, film producers, and documentary filmmakers and others with limited access to copyrighted materials based on these four factors:

Such usage is justified if it was done to make an important point in the film.

The fair use policy, however, does not automatically prevent an individual from asserting copyright claims on YouTube and YouTube&rsquor;s handling of this has been heavily criticized, enabling copyright claims and strikes to be used as a form of censorship.

(MEMBERS: If you&rsquor;re interested in a deep-dive about copyright and censorship, check out our ? overview here.)

Upon the receipt of a copyright claim, YouTube informs the content creator about it to give them the chance to resolve or dispute the claim. As of this writing, reports have it that Moore and Gibbs have already disputed the claim and awaiting a decision from YouTube.

Since it started streaming on YouTube, Planet of the Humans had amassed more than 8.5 million views. It was uploaded on YouTube during Earth Hour as the film talks about what the creators say are the problems with fossil fuels and speculates on problems caused by population growth and mass consumption.

Gibbs asserts that because the rights holder didn&rsquor;t contact them directly and instead proceeded to get the video shut down from YouTube that it&rsquor;s an act of censorship.

“This attempt to take down our film and prevent the public from seeing it is a blatant act of censorship by political critics of Planet of the Humans. It is a misuse of copyright law to shutdown a film that has opened a serious conversation about how parts of the environmental movement have gotten into bed with Wall Street and so-called “green capitalists.” There is absolutely no copyright violation in my film. This is just another attempt by the film’s opponents to subvert the right to free speech,” Gibbs said in a statement to Deadline.