Players could have their accounts and PlayStation systems suspended based on these recordings.
Share

Sony has revealed that PlayStation 5 (PS5) players will be able to record voice chats for “safety and moderation” and there appears to be no way for players to opt-out.

Concerns about the privacy implications of this voice recording feature started to spread on social media when players installed the PlayStation 4 (PS4) system software update 8.00 and were presented with a notification stating: “Voice chats may be recorded for moderation. By joining, you agree to be recorded.” 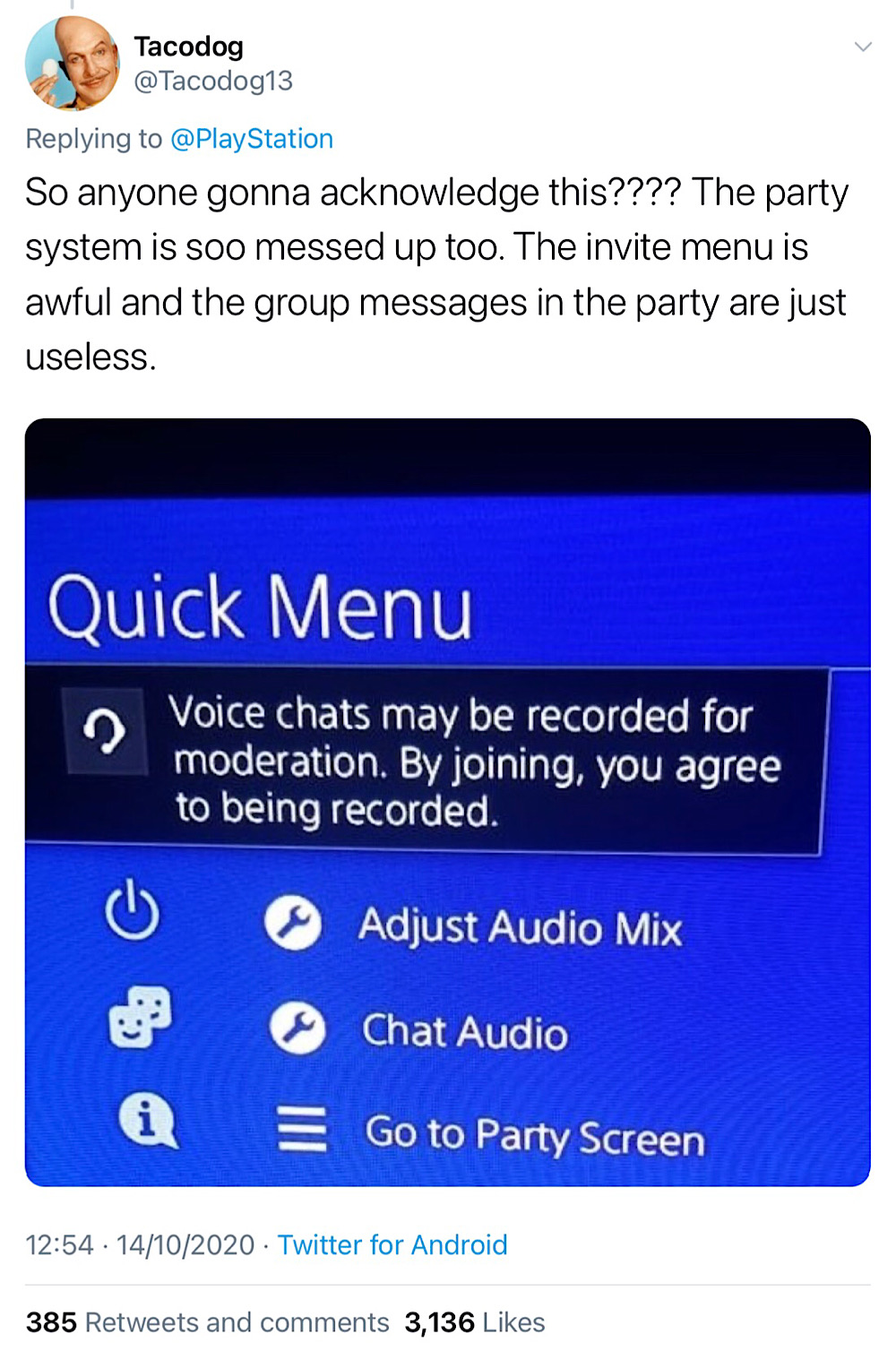 Other players also reported that an “About Party Safety” screen is telling players:

“Please be aware that voice chats in parties may be recorded and sent to us by other users. By participating in voice chats, you agree to your voice being recorded.

When behaviors that violate the Community Code of Conduct are reported, PlayStation Safety will review the reports to check if there have been genuine violations.” 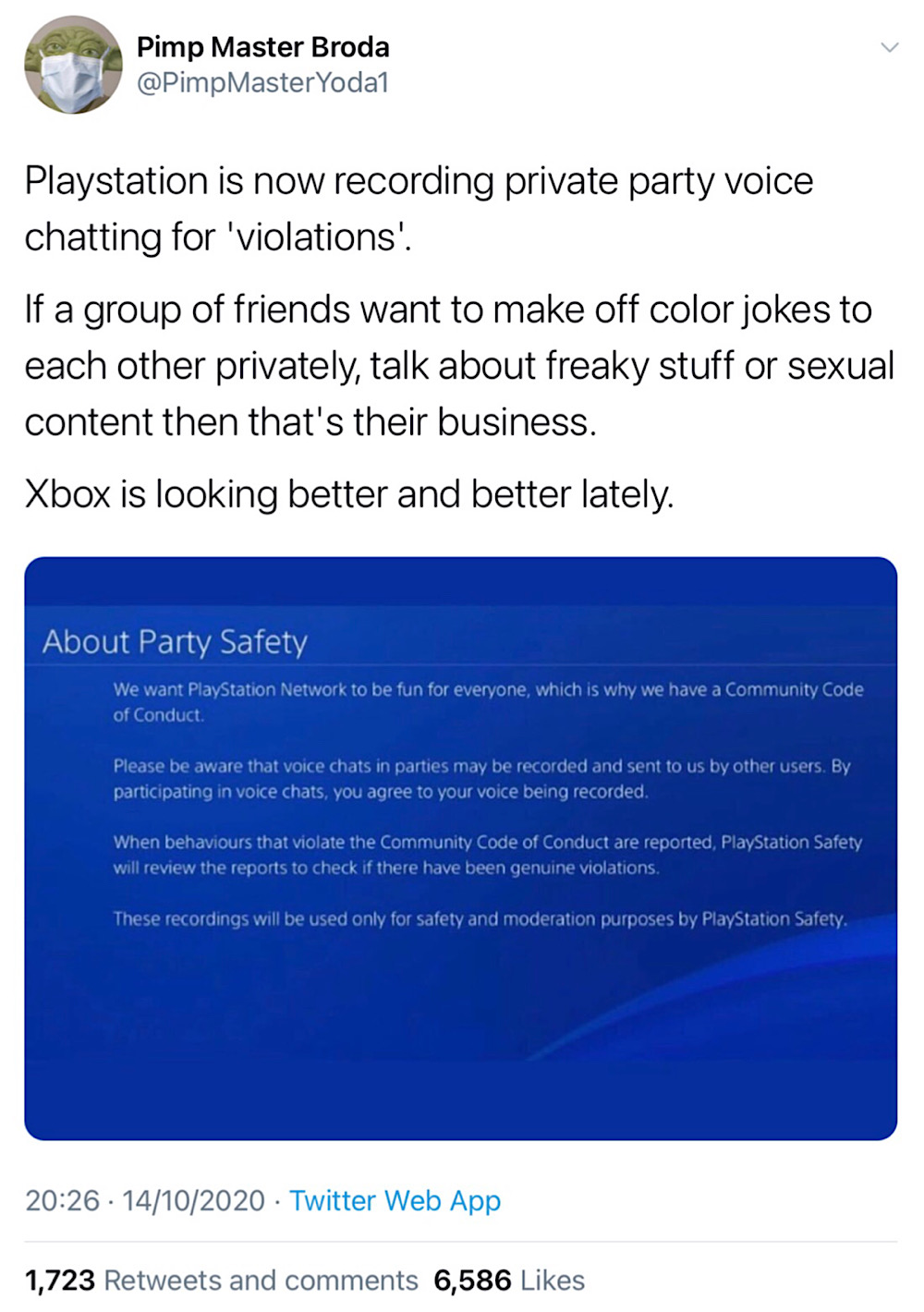 In the initial blog post about this system software update, there was no mention of this voice recording moderation feature. However, after facing pushback on social media, Sony updated the post to clarify that voice recording for moderation will be a PS5 feature and that the messages and notifications are being shown now to let PS4 users know that if they chat with PS5 users post-launch, they may be recorded.

Not only does the introduction of this feature offer a glimpse into a dystopian future where privacy is eroded and everything is recorded and rated by a small group of powerful tech overlords but in this specific context, PlayStation players could now lose access to their accounts, their library of digital games that they&rsquor;ve paid for and spent years building, and all the associated achievements and trophies based on a joke or comment that Sony&rsquor;s moderation team doesn&rsquor;t approve of.

Not only are the last few minutes of everything that users see and say recorded on a rolling basis but this recording is sent to Facebook for review if one user reports another.

Additionally, Facebook can invisibly monitor Horizon conversations and interactions in real-time, either at the request of users or based on “signals” such as multiple players blocking or muting another player in quick succession.

With the PS5, Xbox Series X, Xbox Series S all offering digital-only versions of their consoles and VR gaming products such as Oculus also being digital-only, this new paradigm of players not being able to own physical copies of their games and their access to digital copies of their games being contingent on complying with Big Tech&rsquor;s surveillance and far-reaching community standards is rapidly taking root.