Facebook posts that alleged that the coronavirus was started in a lab have been censored on the basis of the "fact check" that has now been called into question.
Share 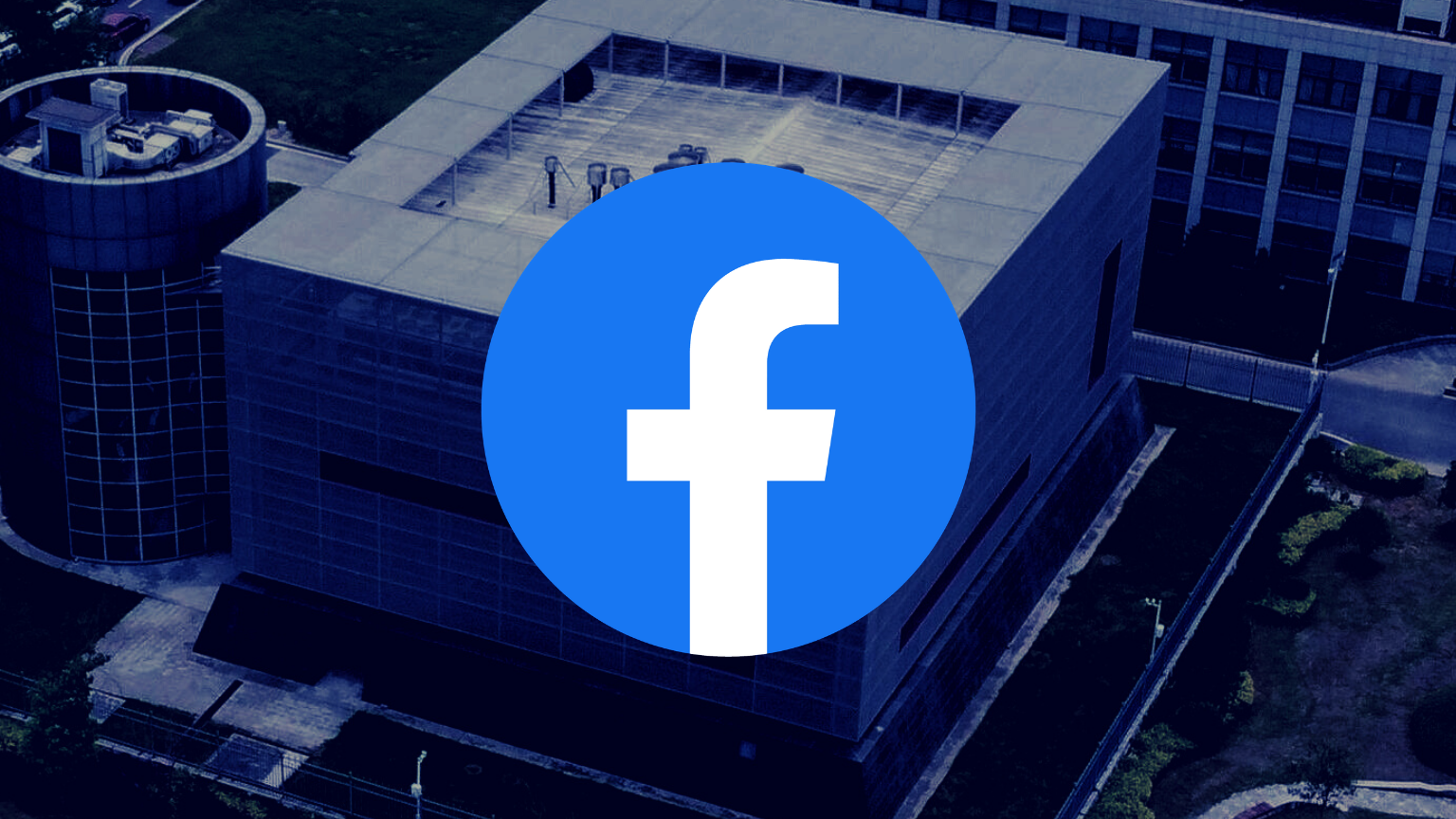 Since the beginning of the pandemic, Big Tech platforms, including Facebook, have used information from the WHO, which is often favorable to China, and fact-checkers, such as Politifact, to censor COVID-19 content on their platforms.

The WHO claimed to have conducted investigations that concluded that the virus did not escape from the Wuhan Institute of Virology. As a result, anyone who dared link the disease’s origins to Wuhan or China was silenced and punished by Big Tech platforms.

The virus allegedly broke out in the same town as the secretive lab in Wuhan. Yet, the WHO insists that the virus did not originate from the Wuhan Institute of Virology (WIV). Instead they said that it must have originated from a yet-to-be identified intermediary between bats and humans. Fact-checkers went with WHO’s narrative, and flagged any content on social media platforms that dared suggest a link between the origin of the virus to Wuhan or China.

One of Facebook’s fact-checkers might have had a conflict of interest with the issue, as they worked at the lab in Wuhan.

Additionally, EcoHealth Alliance, an NGO funded by US’s top epidemiologist Dr. Anthony Fauci, was working at the lab at the time. So, it was not only China who would have preferred to kill stories linking the origins of the virus to WIV.

Last September, Politifact, one of Facebook’s fact-checkers, blasted Tucker Carlson for interviewing a guest who said COVID-19 was created in a lab, in an article on their website. The headline of the article read: 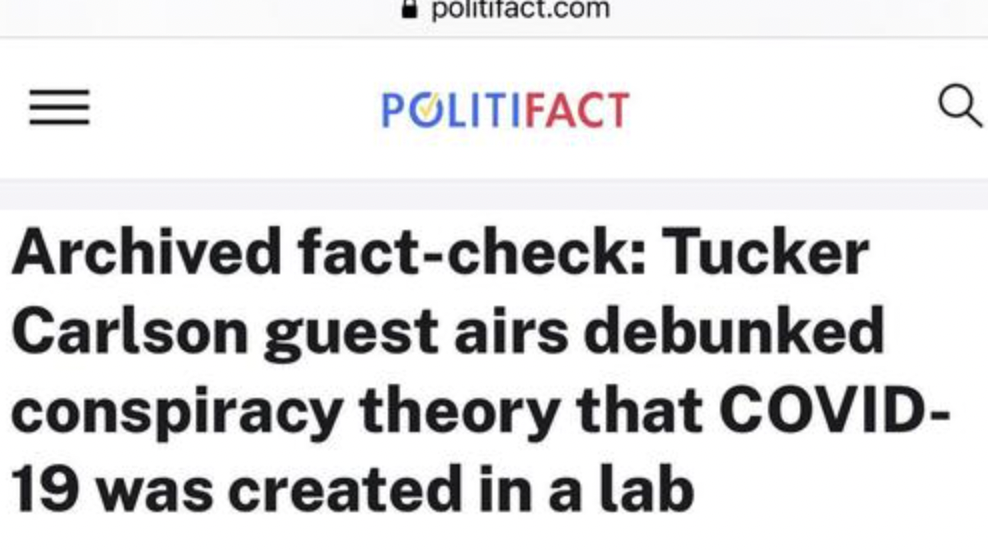 On May 17, the fact-checker silently walked back on their bold statement that the link between the virus and the Wuhan lab was a debunked conspiracy theory. Politifact archived the “fact-check, and wrote:

“When this fact check was first published in September 2020, PolitiFact’s sources concluded researchers who asserted the SARS-CoV-2 virus could not have been manipulated. That assertion is now more widely disputed.” 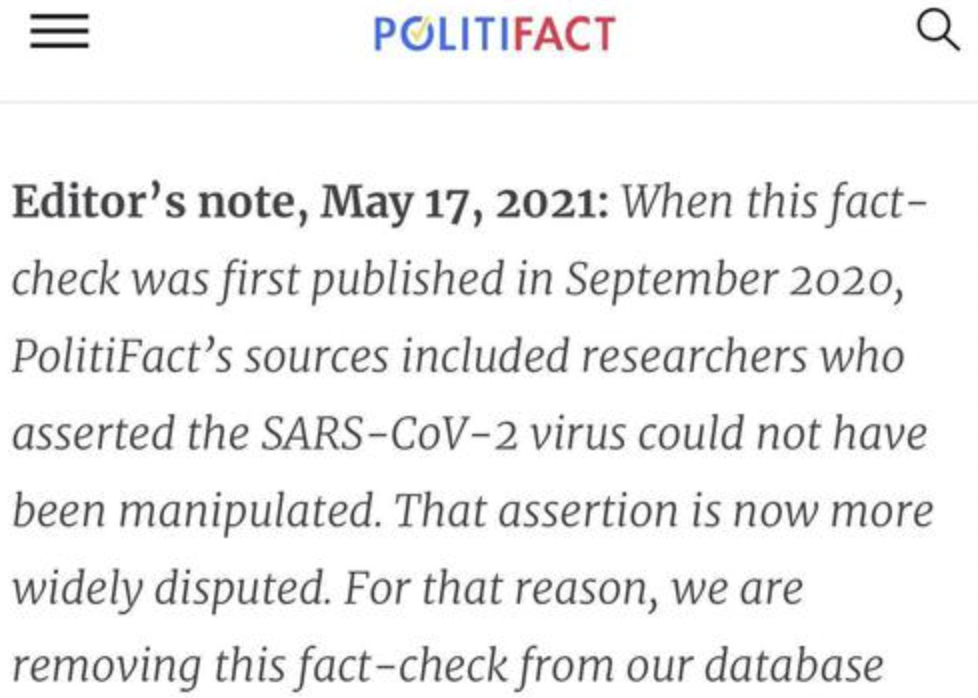 While some may argue that Politifact is being responsible and holding itself accountable, it is worth noting that while they debunked the obvious origin of the virus as a conspiracy theory, there were multiple experts who were saying otherwise.