Protesting vaccine passports for cafés and restaurants, French protesters create a feast in the streets 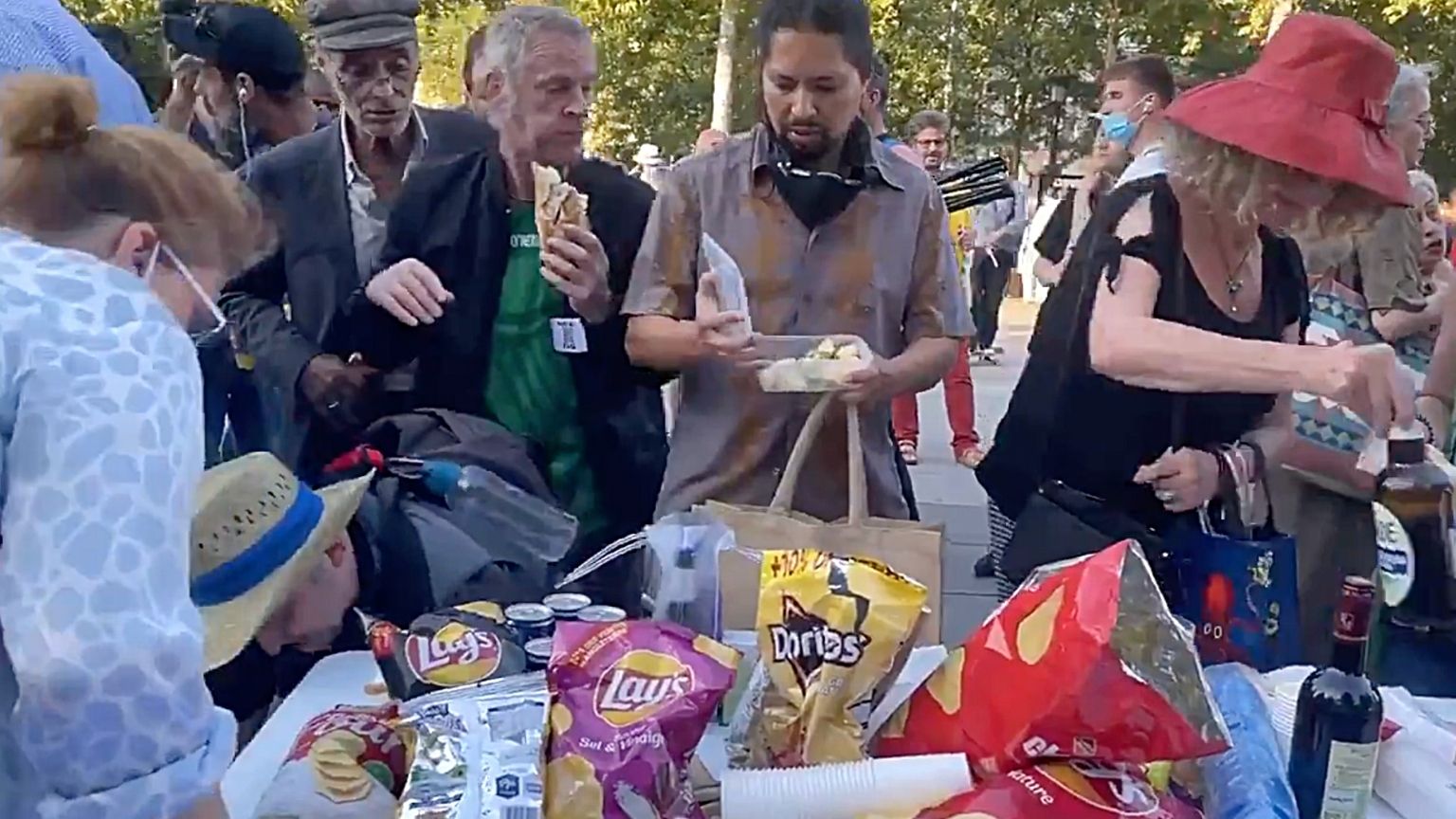 When the French government introduced vaccine passports, it was met with instant backlash.

And now, as part of the protest, where the government is trying to force cafés and restaurants to check vaccine passports, the people are subverting the order by providing free food in the streets for protesters, creating somewhat of a “wild terrace.”

President Emanuel Macron and his government have been dismissing the protests in support of civil liberties, blaming them on anti-vaxxers and far right extremists.

For about one month now, people in France have been taking to the streets to demonstrate Macron’s vaccine passport mandate, which was extended to trains, cafés, and shopping centers starting this week Monday.

Three weeks ago, the number of demonstrators was about 100,000. Only a week later, the number doubled. Last weekend, the number was over 400,000. The demonstrations were held not only in Paris but in over 150 towns and cities in France and the overseas territories of Reunion and Guadeloupe.

It does not take a lot for the people of France to take to the streets. They take their civil liberties seriously. If the attendance of the protests continue at the same rate, the number of people on the streets will be over one million by September.

Through the vaccine passport mandate, Macron and his government have ignited a national revolt that could be as long and divisive as the yellow jacket (gilets jaunes), which only stopped due to the pandemic.

The government is not making the situation any better. Earlier this week, the minister for health described the demonstrators as “a magma of anti-vax, anti-science, and anti-state” activists. The media seems to be collaborating with the government, with the Sunday Times calling the protesters “far right and gilets jaunes.”

But the footage of the protests, widely shared on social media, tell a different story. While some of the protesters might be anti-vaxxers, most of them are people who have been vaccinated. Additionally, a huge number of them are not wearing yellow jackets.

Most of the protesters say they are protesting what has been dubbed “liberticide” – the gradual erosion of freedoms under the guise of fighting the pandemic. The protesters do not want to be forced to segregate society and be subject to vaccine passports.

Since Monday, police have been raiding restaurants to issue fines to patrons who do not have vaccine passes. The same is happening at train stations. Meanwhile, restaurant owners who are not checking vaccine passports risk a year in prison and a €45,000 fine.

Critics believe Macron is using the strong pandemic measures as a foundation for his re-election campaign next year. He seems to believe that showing strength in the fight against the pandemic will get him re-elected.