In Macron's France, waiters are acting as law enforcement over vaccine passports.
Share 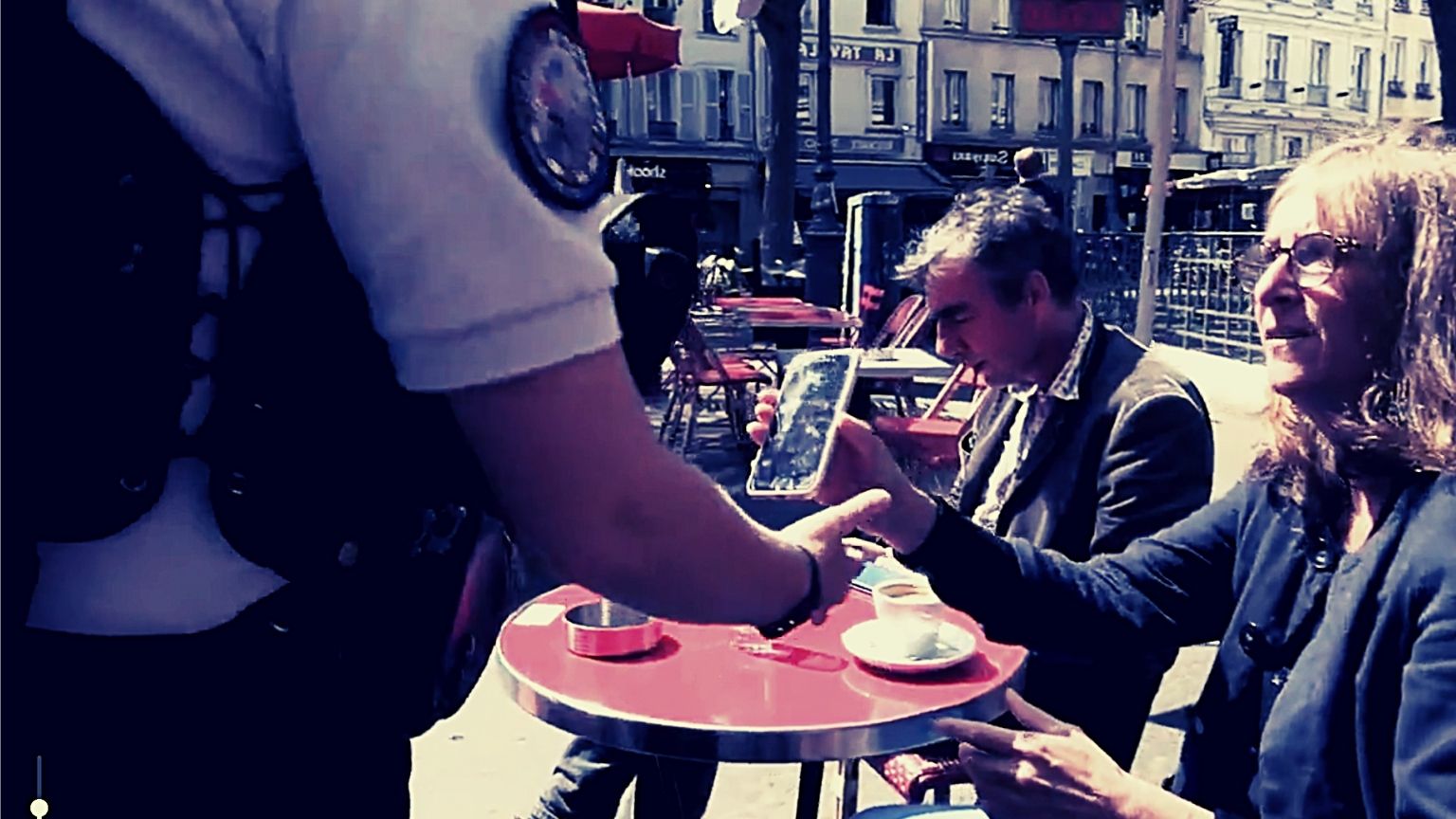 The launch of the vaccine passports in France has been met with much backlash as the public are pushing back against the further destruction of civil liberties.

Police are actively asking citizens to show their vaccine passports, even when dining outside, and some restaurant staff are further afflicted with the idea of having to police entry to restaurants and take on the role of law enforcement by asking customers to show their digital passport.

French police have started checking covid passes for people having drinks on the terrace of restaurants (yeah, outside too 😂). This shit show never stops on giving. pic.twitter.com/J62jvo5AHA

Some restaurant staff are going as far as requesting weapons to be able to deal with angry citizens who are upset about their civil liberties being crushed.

Pascal Aubin, a Parisian waiter, has taken orders, advised on wines, and delivered innumerable dishes to residents and visitors in his 32-year career, the Times reports (paywall). At the Choubidou restaurant in Montparnasse Paris, Pascal had this to say, “I’m being asked to do the job of a copper as well. It’s crazy.”

Aubin’s consternation is not so much with the passport itself, but the decision that makes restaurants – and their waiters – accountable for making sure their clients have a passport. Also, in order to confirm whether Choubidou’s diners have been vaccinated or have had a negative test within the last 72 hours, he has to scan a QR code.

The Police may temporarily close the institution if they discover customers without passports.

“They are putting me in a position of authority and yet I have no authority at all over my customers,” the waiter said to the Times. “My job is to serve them, not to turn them away because they are not vaccinated.” the waiter explained. We faced some difficulties during the first day of our plan. The previous smartphone Aubin had used was not capable of downloading the government software required to read QR codes. He also struggled to understand the regulations.

One of Aubin’s regulars showed up for his morning espresso without a passport, so he had to order him to leave.

“He took it well but I’m afraid that some customers will not, and that they will become aggressive with us.”

This view is also shared by François Ribero, 42, the owner of Le Dalea, a café across the street from Amour.

“They have brought in the passport so that a maximum number of people get themselves vaccinated as quickly as possible so that those who were hesitating and who might have had a vaccination in October or November do it now, and I think that’s a good thing. It’s the only way we are going to avoid another lockdown this winter.

“But there’s no way they should ask restaurants to check on their customers’ passports. If they want me to do that, they should give me a uniform, a truncheon and a pistol.”