Queen Máxima of the Netherlands lobbies G20 for digital ID

An ID mechanism tied to the ability to make payments.
Share 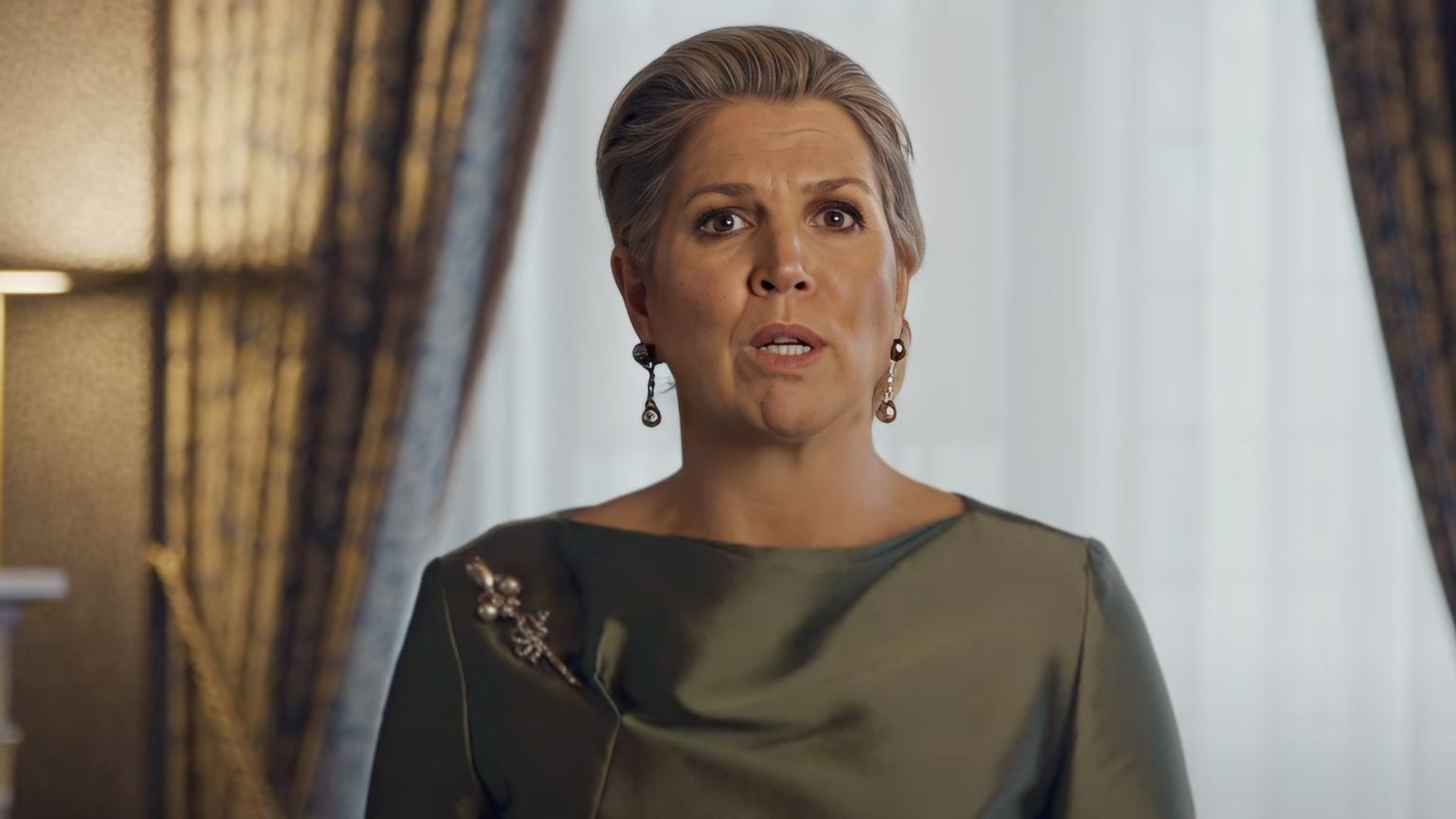 Some might say that in this day and age, members of royal families across Europe should be treated like children in Victorian England: seen, but not heard.

They still appear to be pretty quiet in England – at least when it comes to digital money, cryptocurrencies, and related issues. But over in the Netherlands, Queen Máxima is very active of late trying her hand at vigorously promoting Central Bank Digital Currencies (CBDCs).

Not even a week ago, at a meeting dedicated to the digital euro in Brussels, Máxima made a “passionate plea” in favor of these controversial digital versions of fiat money; now, the audience gathered in Bali for the G20 summit heard much the same.

And critics say, it is at its core a call to introduce “a social credit system based on the Chinese model.”

Financial expert Arno Wellens, is one of those critics. “Max wants to introduce programmable digital money, supposedly to help the poor. That is a nonsensical argument,” Wellens wrote.

“This central bank digital currency (CBDC) destroys our privacy. Soon you will be ruled by an app, with which the government can freeze your life at the touch of a button.”

Queen Máxima’s own country’s prime minister and finance minister were in the audience in Bali, attending the summit’s B20 business event at the G20 conference – and what would a global gathering be without the participation of World Economic Forum’s leader Klaus Schwab, who was also there.

Somewhat amusingly, although perhaps more worryingly – given its status as a “reputable” news source – Reuters reported about Máxima’s remarks in a tweet that claimed “crypto” has a new royal follower. 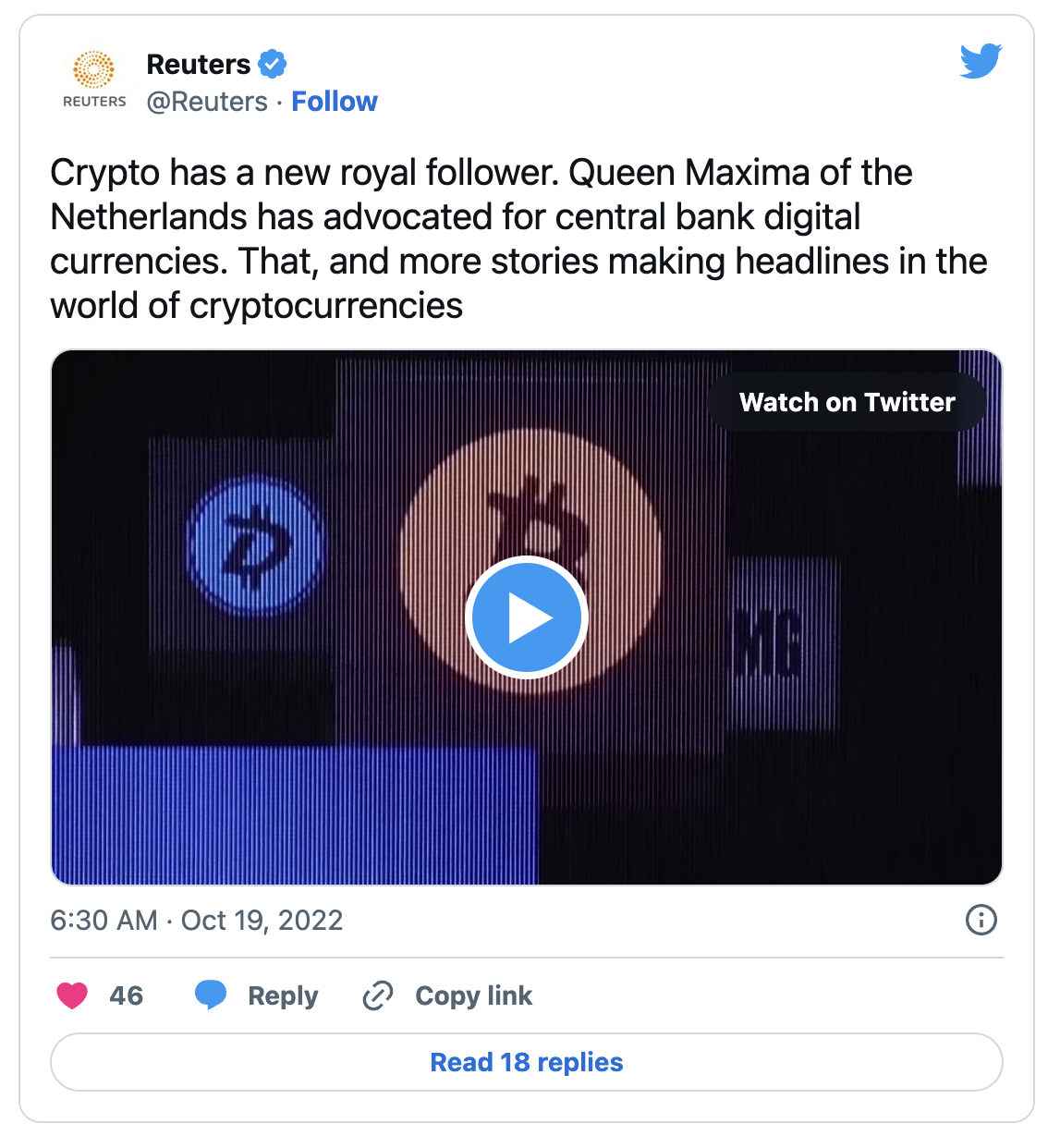 But CBDCs – which, like the name suggests, are controlled by governments and central banks and whose backers would like to see them linked to digital identities of people around the world in a rather dystopian network – are a very different “beast” that what is known as cryptocurrencies, whose claim to fame is precisely decentralization and “liberation” from central financial authorities.

The Queen cites India a good example of combining digital ID with payment functionality and access to services in one platform.

Máxima sees an important task for stakeholders, such as banks, companies, governments and financial institutions, to enable the digital infrastructure.

Queen Máxima may be vigorous in her CBDCs “propaganda,” as some will no doubt see it, but she does not have anything particularly original or inspirational to say while pitching them to the elites, and by extension to the masses they control.

She talks about “coming together, joining hands, access for everyone” – and her kumbaya speeches insinuate that the world’s real burning problems like runaway inflation, as well as favorite agendas like climate change and Covid, can all be solved with a new, “digital financial infrastructure.”

Máxima is particularly impressed by what’s currently happening in India, where reports say “digital ID cards (are combined) with a payment interface and stakeholder services in an easily accessible platform.”