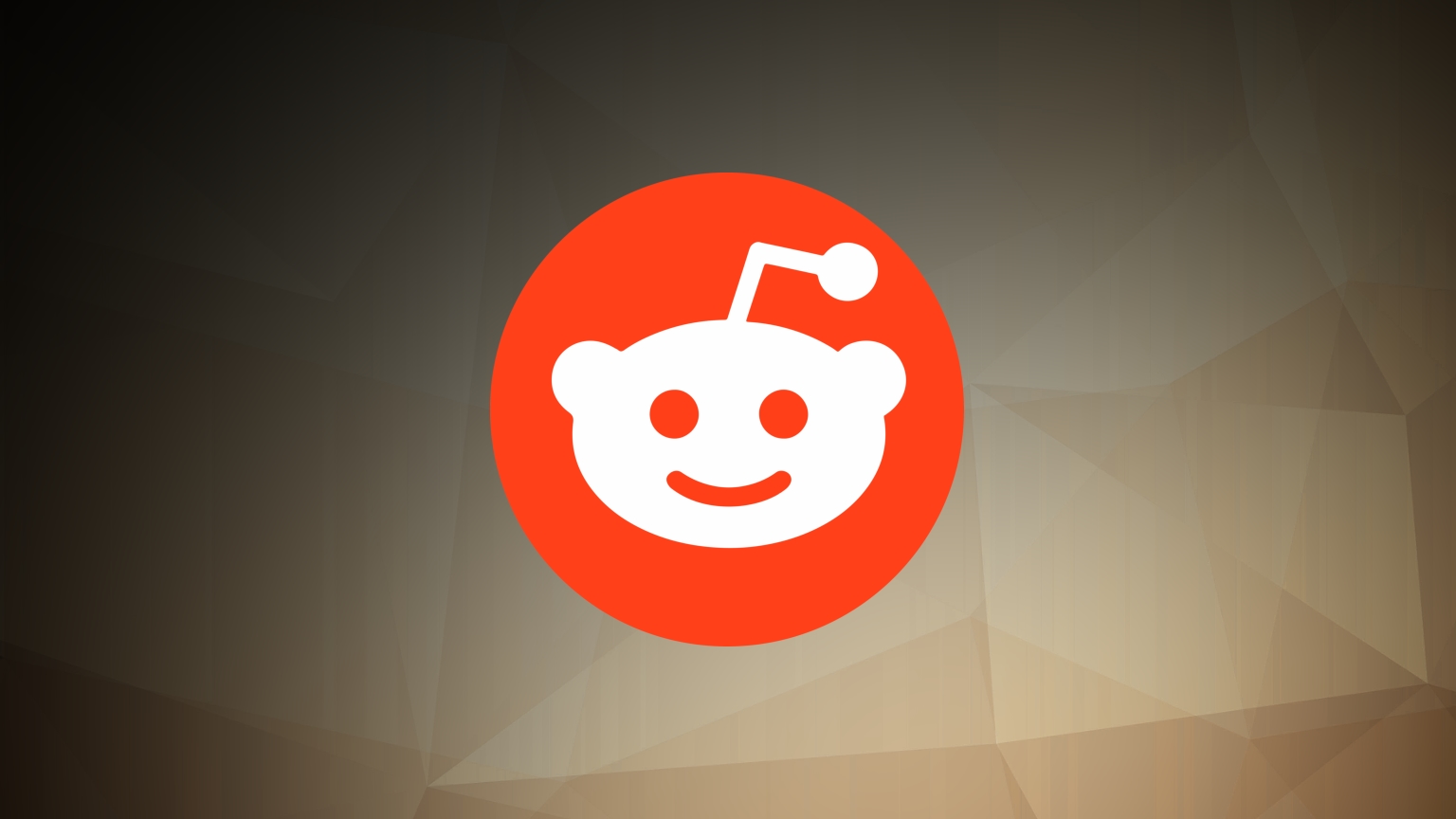 Both communities were critical of the rhetoric of social justice warriors by posting memes and criticism. Before being banned, r/TumblrInAction had attracted the ire of transgender subreddits and the media. 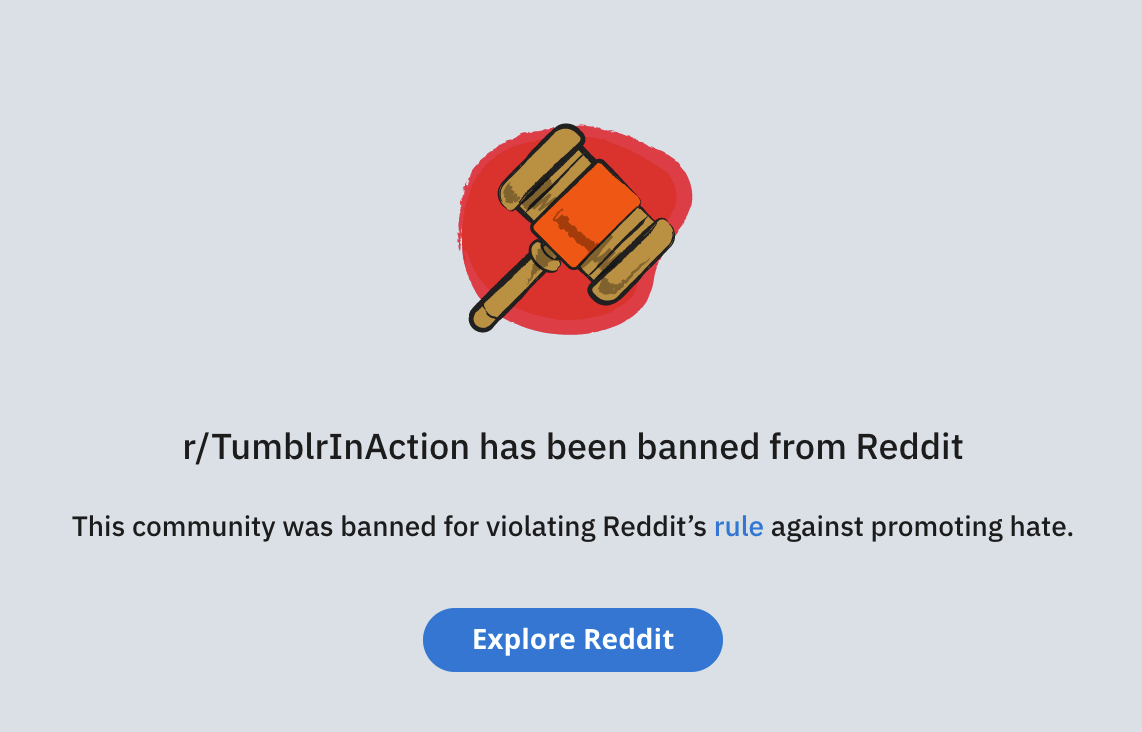 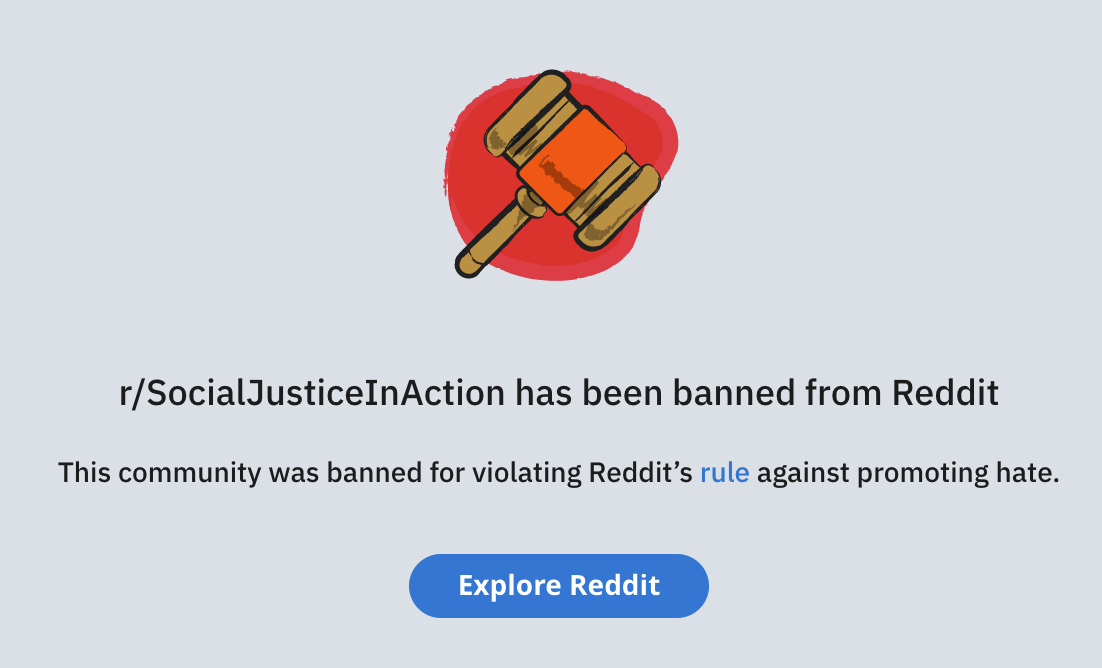 Reddit user Hatman, a former moderator of both communities, disputed Reddit’s assertion that the communities had violated the rules around promoting hate and wrote: “We still believe we didn’t do anything to warrant these bans, as we enforced the Global Rules as written.”

Hatman suggested that the real reason for the bans was the discussion of transgender politics in these communities:

“Reddit is going scorched earth on anything that invalidates or merely questions the current progressive line for trans politics: ‘A trans person is who they say they are, you do not get to debate that.’

With controversies in the public sphere like the participation of trans athletes in sports, trans kids being given puberty blockers, drag shows, ‘Rapid Onset Gender Dysphoria,’ and so on, I believe it’s important for there to be a space to have discussions about these issues, and that might be tough for some people to deal with. But I believe in a marketplace of ideas, and trying to run a marketplace like a monopoly, saying that one idea must be affirmed before any discussion takes place, means that true discourse is dead. Reddit used to posture itself as a site for honest discussions, but in its hasty efforts to protect certain identities, has become an avenue for restrictions, and a place where a controversial opinion doesn’t get you downvoted, it gets you banned.”

Hatman added that r/TumblrInAction’s moderators had received a warning from Reddit admins four months ago and responded to this warning by changing the community’s moderation practices. Since this initial warning, TheHat2 said r/TumblrInAction had “not been given any indication that we were going to be banned.”

r/TumblrInAction has started a community on SaidIt, an open-source alternative to Reddit that’s “trying to create an environment that encourages thought-provoking discussion, like how reddit used to be 7+ years ago, when Aaron Swartz [Reddit co-founder] was still around.” r/SocialJusticeInAction has a Discord backup and is planning an off-site option.

A recent snapshot of the results of a poll shows that Redditors are mostly against the bans with 63% of voters disagreeing with the decision to ban r/TumblrInAction and r/SocialJusticeInAction. 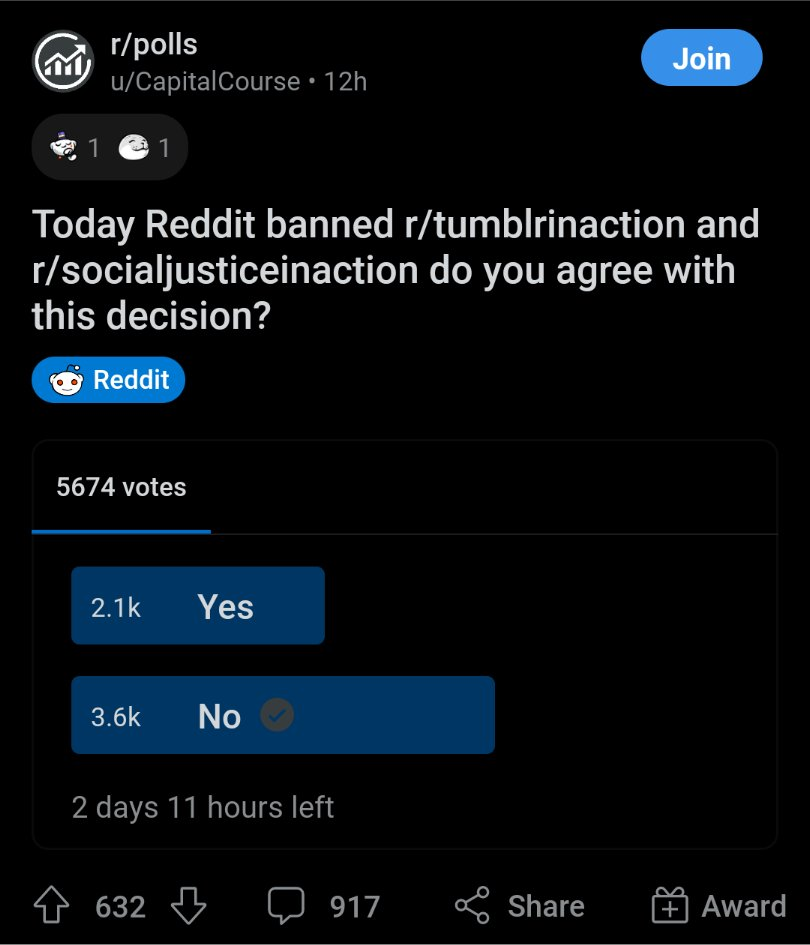 The ban of these communities is the latest of many examples of Reddit embracing censorship in recent years.

Since 2020, the platform has banned thousands of communities including r/The_Donald (which was one of its most popular communities in the run-up to the 2016 US presidential election) and r/NoNewNormal (a community that opposed restricting civil liberties during the pandemic).