The US Presidential election turmoil, divisiveness, and questions are nowhere near to being over, and even with media networks declaring Joe Biden as its winner, the hotly-contested close race isn’t over.

But what’s even stranger for a democracy is that the de-facto public square with no viable competition – like Google, Facebook, Twitter, and Reddit – appear to be doing their damnedest to make sure there is also no debate.

If you ever lived in one of the more volatile countries where every election is contested and meddled in on a regular by powerful countries, with little attempt to even disguise it, you will know that at the very least you could talk about it.

Apparently, not so in the US, not where Reddit is concerned.

In a policy announcement, the social network said that it will be treating any mention of election fraud (allegedly committed by the Democrats) as misinformation. 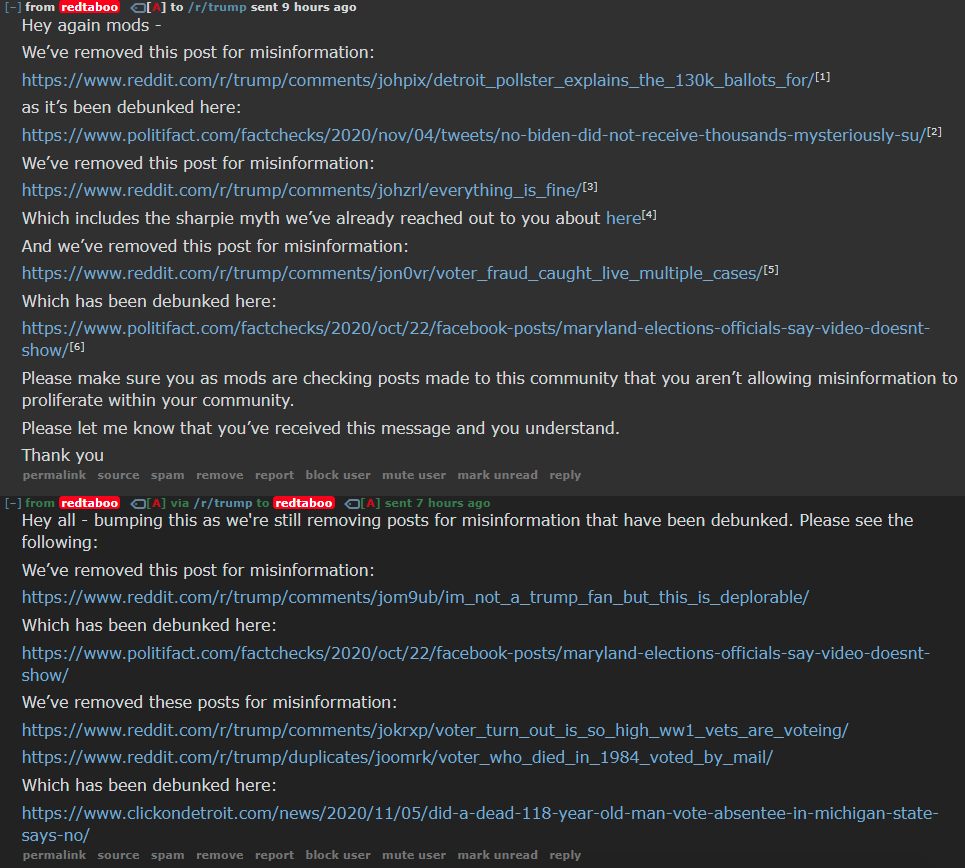 (We know, of course, how “misinformation” – defined by no consensus, agreed on by nobody and enforced by self-appointed truth arbiters and gatekeeper – is treated: it is deleted, labeled, and downranked. In Reddit’s case, according to pre-election announcement, just deleted.)

Now, Reddit has decided that all election fraud claims are misinformation and should be removed. There’s even more hubris and palpable intolerance: Reddit is not here to discuss and debate anything with its users. Reddit is here to talk, and its users are here to listen and obey. This is not a conversation.

Or as the company’s post put it, it is “just a simple declaration that we are not going back on our own free speech claims and just enforcing Reddit’s policies.”

Only time will tell how “simple” any blatant and arrogant suppression of speech can be, perpetrated by a “private company” or not.

Those Reddit user who “disobeyed” and still wanted to talk about this message were either in support of shutting down all debate, as they see “no proof of fraud” – but of course, they will hardly get a chance to, if all conversation around the topic is shot down.

Others are disappointed and angry, but also grateful for this “transparency” on the part of Reddit.