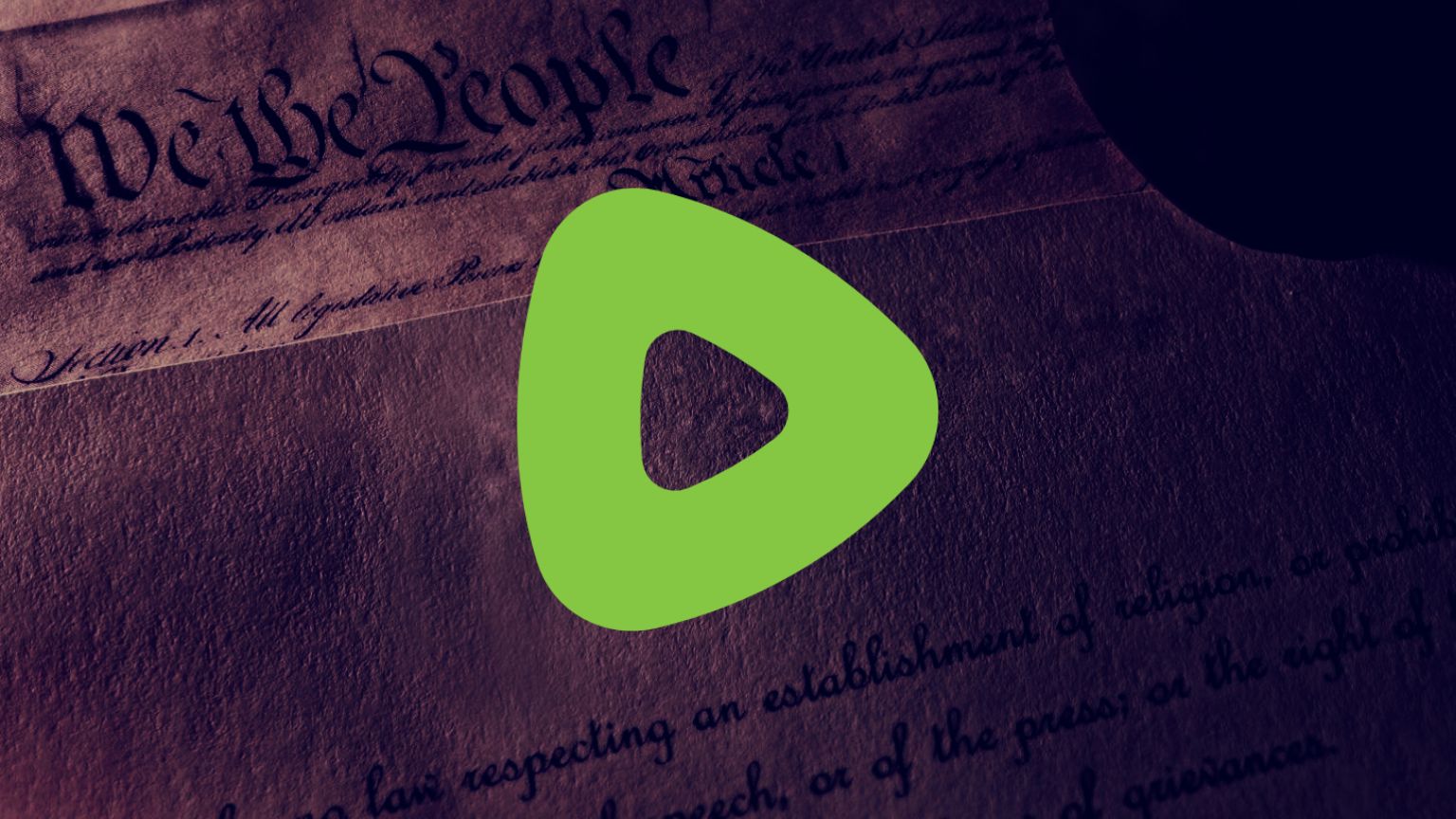 Rapidly growing video sharing platform Rumble has announced a new set of content moderation rules that are designed to protect free speech. The rules were created to cement a content moderation policy that respects free expression and to avoid the ever-changing goal posts of speech restrictions that are employed by Big Tech giants and that are increasingly updated to justify new forms of content censorship.

Rumble CEO Chris Pavlovski used the opportunity of appearing on the Timcast IRL podcast to announce the new guidelines that are set to be enshrined in the company’s ethos and to ensure continued consistent commitments to free speech.

“Rumble welcomes feedback on the proposed policies from the platform’s creators and users, which it will consider before implementing the new policies as part of the platform’s terms of use later this year,” Rumble said in a statement.

“Despite the mainstream pressure, we have stayed true to our original content moderation philosophy since Rumble was founded in 2013,” said CEO Chris Pavlovski. “Our mission is to protect a free and open internet, and we will never ‘move the goalposts’ on our community unless required by law. We’re putting creators and users first by asking their views on the policies before we implement them. It’s a philosophy that we feel is incredibly important for our society and one that has progressively differentiated our company from Big Tech platforms that continue to embrace ‘cancel culture.’”

The principles were designed by lawyers Robert Barnes and David Freiheit, who are also successful users of the Rumble platform, as well as its sister platform and Patreon alternative, Locals – where they have grown a following discussing legal topics and more.

“The new Rumble rules will not only revolutionize the way free speech can work on the internet, but be open source that people can utilize, create a participatory process so both content creators can be involved in the process,” Barnes said. “It’s a way that Big Tech can move forward in a way that protects and promotes the original goal of a free and open internet.”

“Unlike other tech platforms, Rumble’s proposal will provide a free space for open discourse without politicized discrimination in the digital public square, while simultaneously protecting users from harassing behavior,” said Barnes.

Barnes added further, “What Rumble is doing is the right way to go, which is to create clear, transparent open rules…” and said, “No one else has created the rules that Rumble is going about creating – not only creating those rules but also creating a participatory process whereby consumers and creators can be part of that process…

“These rules are designed to reach a balance between not making it a troll-heavy platform but at the same time making it as free for speech and expression as possible – that heresy and dissident speech is allowed,” Barnes said. “And that’s what people wanted in the original free and open internet – and Rumble’s been taking the lead at creating open transparent rules to make that a reality.”

“We seek clear, transparent rules and non-discriminatory enforcement without political or partisan bias,” said David Freiheit, founder of Freiheit Legal and the creator of the “Viva Frei” video channel on Rumble. “By starting with input from creators, these new content policies will help Rumble hold true to its mission of neutrality and ensure transparency for creators and users alike.”

While the First Amendment does allow platforms to associate with whom they please and ensures that platforms can’t be forced to carry speech that they don’t want to, the incredible size of online platforms and their necessity to aspects of modern life have caused many to see online platforms – especially those of a certain size – as digital public squares.

Yet despite their ubiquitous nature, Big Tech platforms have strict rules that prevent people from going against certain narratives that are issued by the government, certain corporations, pressure groups, and special interests. Rumble appears to suggest that enshrining these new principles in the Rumble ethos will prevent bad actors and special interests from trying to pressure the platform to control speech in the future.

Pavlovski was referring to the story about how USA Today, one of the Big Tech “fact-checkers,” had to delete over 20 articles from a reporter due to a completely fabricated story, highlighting the problem with having these arbiters of truth controlling what people say.

When Big Tech platforms such as Facebook and Twitter first started, they had fewer rules and were more free speech focused, wanting to censor opinions as little as possible. Twitter famously described itself as being pro-free speech when general manager Tony Wang, back in 2012, said of Twitter; “We are the free speech wing of the free speech party,” – a statement that has been walked back by the company several times, including by former Twitter CEO Jack Dorsey who described it as a “joke.”

As platforms grow, however, they get the attention of politicians, special interest groups posing as “fact-checkers,” and even advertisers who want to suppress controversial speech so they can push more of their products. Rumble suggests that the new principles will prevent the company from verging into censorship, no matter who is in control of the company in the future.

Pavlovski said that platforms and their leaders shouldn’t have so much control over what people are allowed to say.

Rumble suggested that even big platforms such as Twitter could ultimately adopt the rules. With Elon Musk’s takeover of Twitter, Twitter is expected to adopt more free speech principles.

“Think about how irresponsible that is,” Pavlovski said during the Timcast IRL episode. “Imagine putting a CEO of a tech company to assign other companies or other entities or other people, to say what’s right or what’s wrong… who am I to do that? That’s ridiculous.”