Texas Attorney General on Big Tech monopoly power to censor: “I will fight them with all I’ve got”

Ken Paxton has joined antitrust lawsuits against Big Tech in the past.
Share

One of those who have publicly denounced the latest wave of Big Tech censorship is Texas Attorney General Ken Paxton, who listed all the major incidents around free speech stifling that had happened up until that point.

Paxton accused Twitter and Facebook of shutting down accounts, while Google and Apple went after Parler – an app often used by those deplatformed by corporate social media giants – by removing it from their app stores.

All this has led Paxton to conclude that, “Big Tech hates free speech.”

“As we enter the Biden era, they stand ready/willing to be the left’s Chinese-style thought police. As AG, I will fight them with all I’ve got,” wrote Paxton.

This is not the first time the Texas Republican – who has spoken out against recent violence but also doubts that all participants of the Capitol Hill protests were violent, and is disappointed with the certification of the November presidential vote – has taken on Big Tech.

In December, Texas and eight other US states sued Google for anti-competitive practices in the digital ad market, with reports at the time saying that this and other legal battles against the behemoth could eventually see it broken up.

The lawsuit, filed in Texas, explicitly asked the court to order Google to spin off some parts of its empire to comply with antitrust state laws.

In explaining why he led the lawsuit, Paxton said that Google was manipulating the market using its vast digital ad power and dominance (effectively shared only with Facebook) and in that way harming both competition and customers.

The filing alleges that Google’s control over the tools and the algorithms used in the massive yet largely murky online ad market give it an unfair advantage that must be kept in check, calling for the breakup of the giant and asking it to pay fines for the rules it had violated up until that moment.

Google denied these accusations, calling them “meritless” and claiming that what critics see as its stranglehold on the industry in fact benefits both businesses and customers because of falling ad prices.

Texas has had a long history of probing tech giants for unlawful market dominance, including Microsoft in the 1990s, and Apple in the following decade. 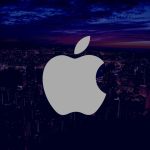 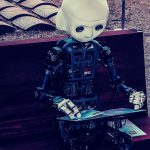