The Guardian allegedly tried to take down a parody account with a DMCA notice, Streisand effect ensues

Let’s not, for one moment, cry over what we might be losing in terms of our online freedoms – or even our ability to express our sense of humor online. Let’s instead just enjoy the point where The Guardian, the storied UK newspaper, meets the Streisand Effect on Twitter.

You’ve surely all heard of Barbra Streisand – whether you’re 100, or 10 years old: it’s that magnificent American entertainer. And even people not into her genre of music will have at the very least heard of the “Streisand Effect.”

But it’s when massive popularity and ensuing exposure goes horribly wrong: when an attempt to play something down on the web ends up only gaining much more unwanted publicity for the very thing that might have originally easily flown under the radar.

Put a pin in that – and now let’s see what we know about The Guardian. It’s a liberal UK-based newspaper with quite a bit of an online presence, not least (in)famous for its “opinion pieces.”

Many of those are what you expect to see and just move on from – over-the-top “woke” and “safe spaces” content that even those fully invested in the ideology would, in the privacy of their own minds, likely often find cringe-worthy. 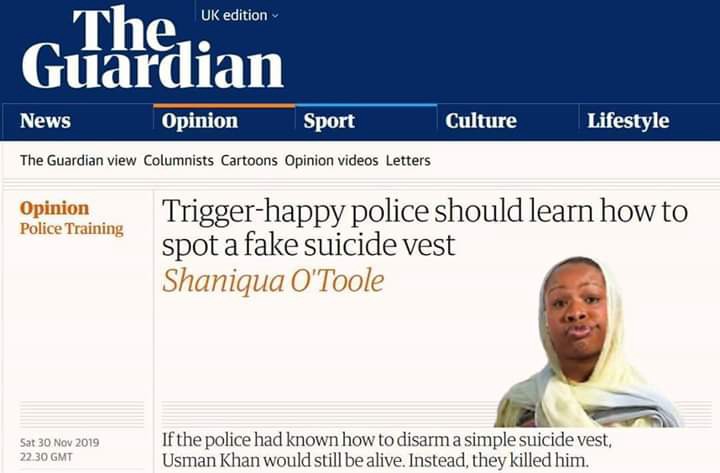 Do we – regardless of our ideology – laugh as adults who can take it on the chin and move on – or do we overreact?

Apparently, if we’re The Guardian – we overreact.

That’s a bummer – you might think. But now the full-blown “Streisand Effect” comes in.

The Grauniad (another Guardian opinion parody account shared the news) and other Twitter users have kept the torch going on Twitter, generating hundreds of more tweets on the topic.

With The Grauniad, in their parody and sense of humor, these guys are merciless: it’s all about “Wrongthink, Newspeak, Thoughtcrime directly from the Fiction Dept at the Ministry of Truth.”

A tweet posted on December 2, hashtagged “#TrollingTheGuardian said it all: 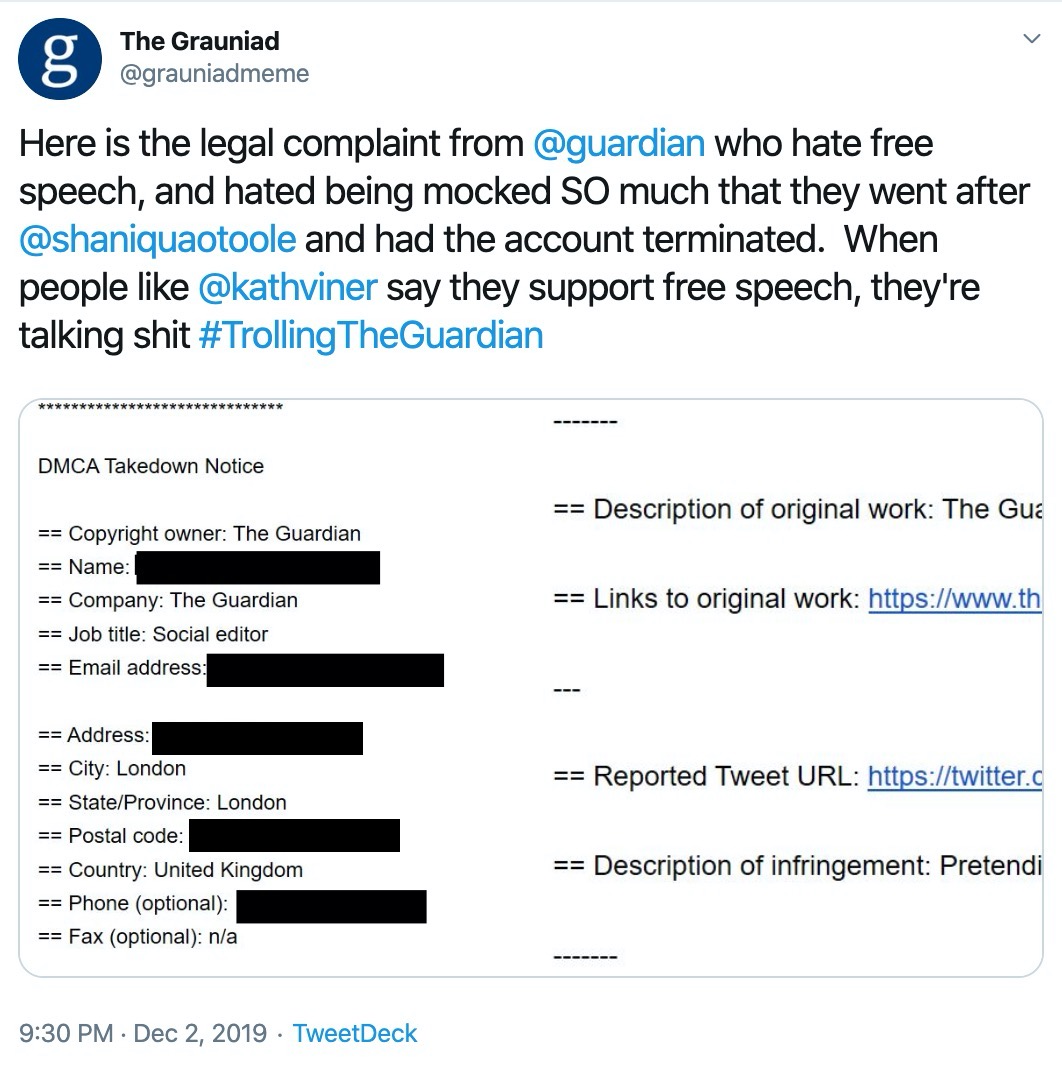 “Here is the legal complaint from @guardian who hate free speech, and hated being mocked SO much that they went after @shaniquaotoole and had the account terminated. When people like @kathviner say they support free speech, they’re talking sh*t #TrollingTheGuardian”

#TrollingTheGuardian Within 5 minutes of the Momentum whatsapp group pinging with a new instruction: pic.twitter.com/58gdz76ziV

Got my hands on an early draft of Chuka's next article#TrollingTheGuardian pic.twitter.com/YHkwNuUYEq

Some joked about how, with all of these parodies, it’s hard to tell the real headlines from the parody headlines and many of the real ones are just as humorous:

As amusing as the #TrollingTheGuardian hashtag is, isn’t it rendered a tad redundant when these are all genuine Guardian headlines? pic.twitter.com/4OtTzO5cY5