“Tune” is the new browser extension for the snowflake generation

Tune is a poor stand-in for thick skin.
Share 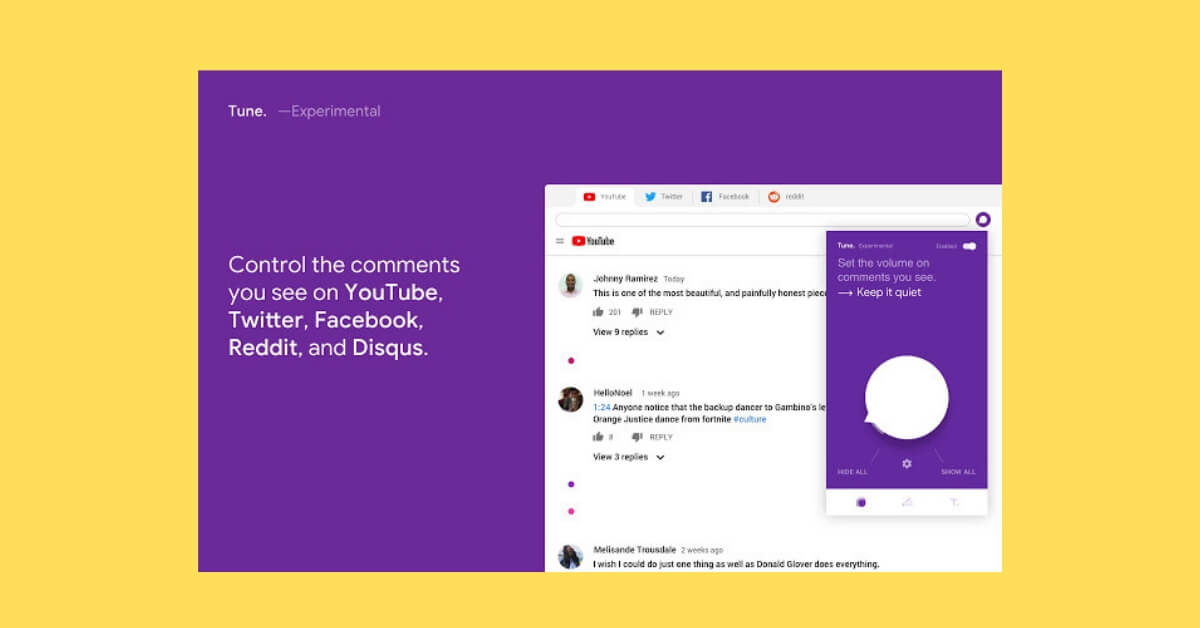 Jigsaw, the company which was formerly Google Ideas, has released an experimental browser extension, Tune.  It allows people to remove content from their online experience, like ripping ingredients out of a recipe. For years this technology has been in development but pressures from within the industry make the release of Tune very timely.

Originally the purpose behind the technology was to target radical Islamists. Jigsaw aimed to redirect the traffic of people who were likely to be radicalized from the content they were consuming to resources that would help them deescalate and rejoin normal society. In order to get the content meant to calm radicals, Jigsaw worked with Moonshot CVE, a company that focuses on counter-signaling calls for violence, on this project.

This program was well liked by officials within the government, who saw it as a promising tool in the fight to control social order.

After focusing on radical Islam, the cofounder of Moonshot, Ross Frenett, made it clear that they received money from “Gen Next”, a company that directly targets American conservatives. Frenett was comfortable enough to claim that conservatives have worse online behavior than what he labels as “ISIS fan boys”.

This is crucial to understand because it is through The New York Times, Wikipedia, and other such liberal hotbeds that conservative extremists are defined. Tune is only available across the mainstream internet, all of the services that are trying to limit speech. Of course that means Twitter, YouTube, Facebook, and Reddit, the platforms which offer the largest audiences.

Functionally, Tune allows the user to “turn down” the “volume” of online conversations. This replaces whatever they have defined as toxic with colored dots. It removes content.

This release has to be timed as well. Seeing the successful launch of Dissenter last month, the progressives, particularly the Silicon Valley progressives, are worried. None of their articles were able to remove Gab’s extension, so now every page on the internet has a comment section. There is no way to limit the voice of the people; a free speech supporting platform has given their users a place to talk about anything.

To the progressives this is a crisis. They have tried to warp the views of the public for years and they’re getting frustrated. 2016 didn’t work out well, and the ratings for progressive media are falling across the board. Less people trust CNN now than ever, Buzzfeed, and Vox had messy layoffs, and the cracks in their narratives are beginning to show.

The answer to the cultural divide is more conversation and more empathy. Dissenter rises to the challenge of promoting that, and is one of most exciting extensions to come out in years. Tune is a poor stand-in for thick skin.