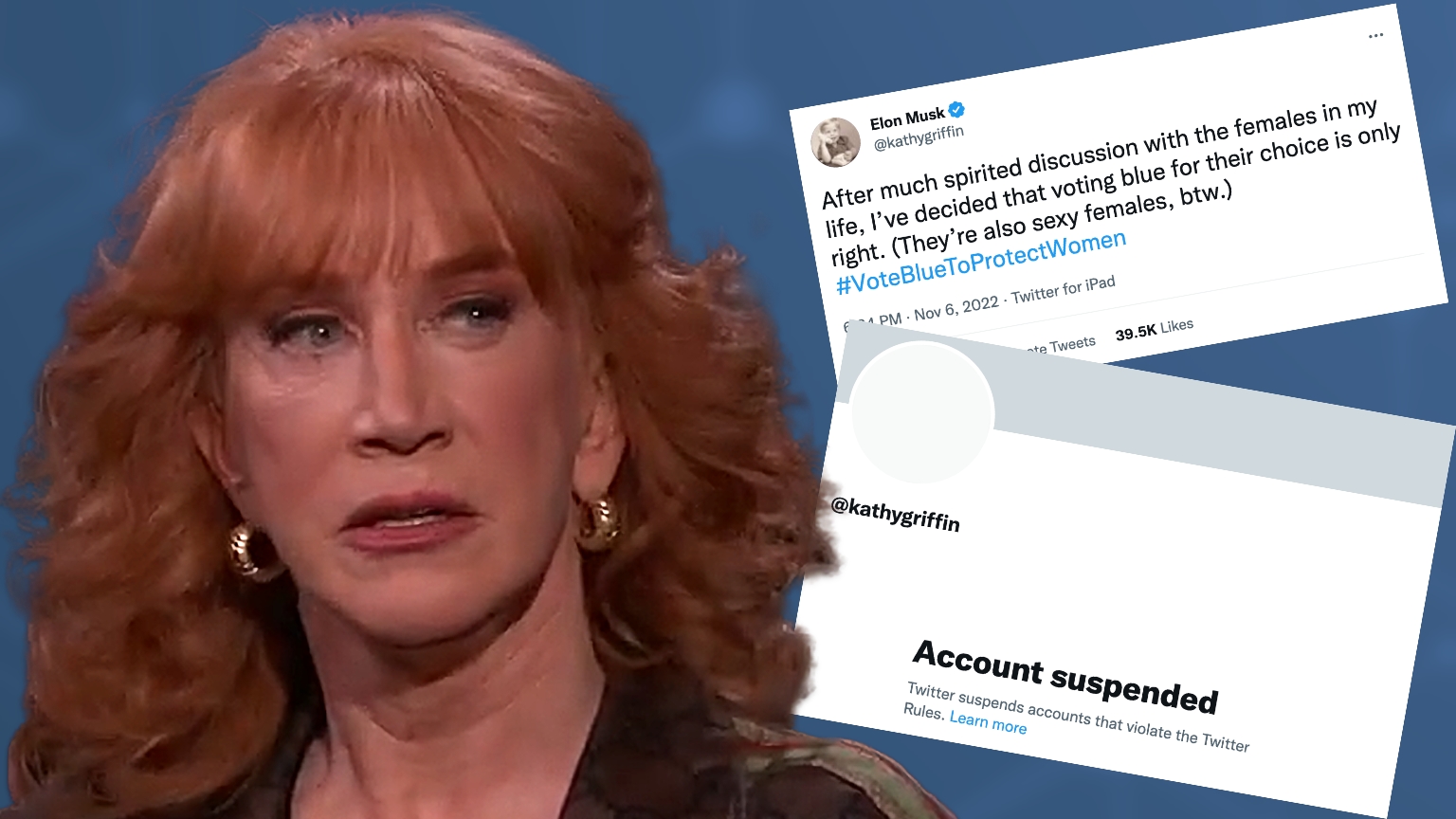 Twitter has had rules that prohibit impersonation for years, particularly when it comes to verified accounts. And on November 2, new Twitter owner Elon Musk warned that verified accounts that broke these rules would still be suspended under his leadership. 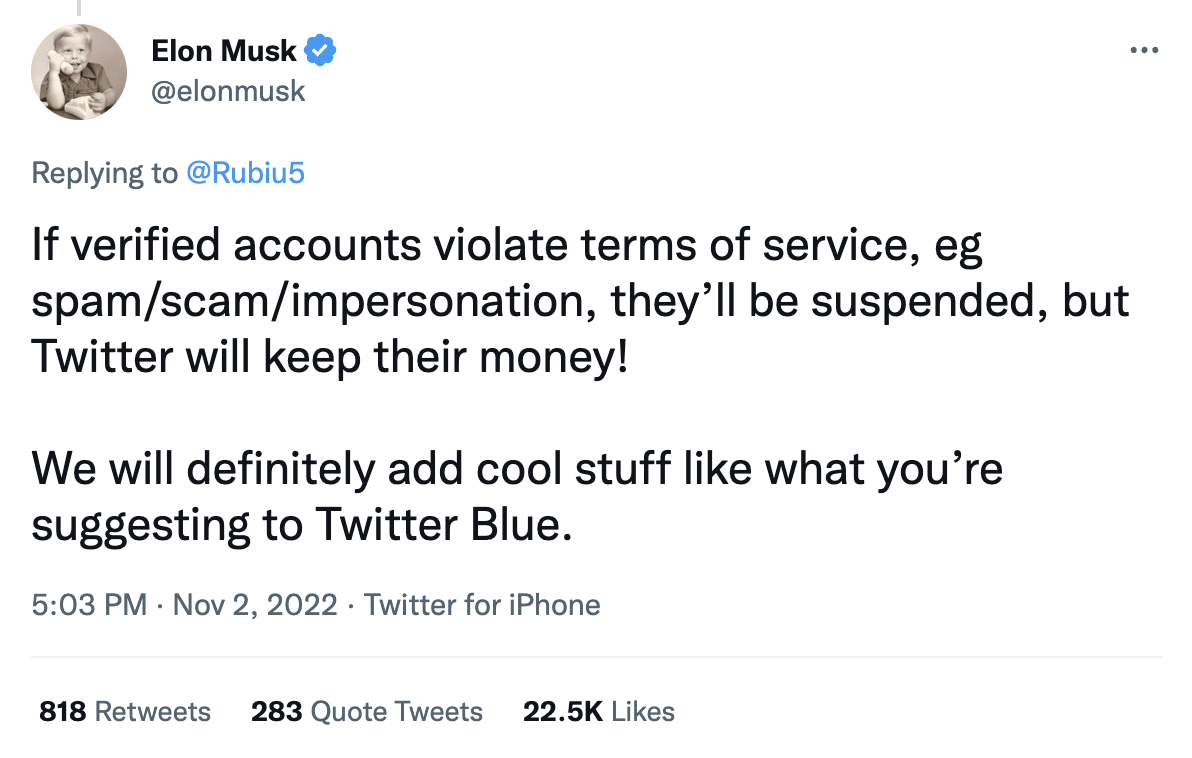 After he tweeted out the warning, several high-profile accounts with a verification checkmark, including those of comedian Kathy Griffin and Mad Men actor Rich Sommer, changed their profile picture to Musk’s current profile picture, changed their Twitter profile name to “Elon Musk,” and sent tweets impersonating Musk.

After Twitter banned these accounts, Musk tweeted that Twitter accounts “engaging in impersonation without clearly specifying ‘parody’ will be permanently suspended.”

He added that previously, Twitter was issuing warnings before suspending accounts for impersonation but because widespread verification is being rolled out, there will no longer be a warning and that this policy will be “clearly identified as a condition for signing up to Twitter Blue.”

Musk also noted that any name change will cause an account to temporarily lose its verified checkmark and that this will be applied to all accounts with “no exceptions.” 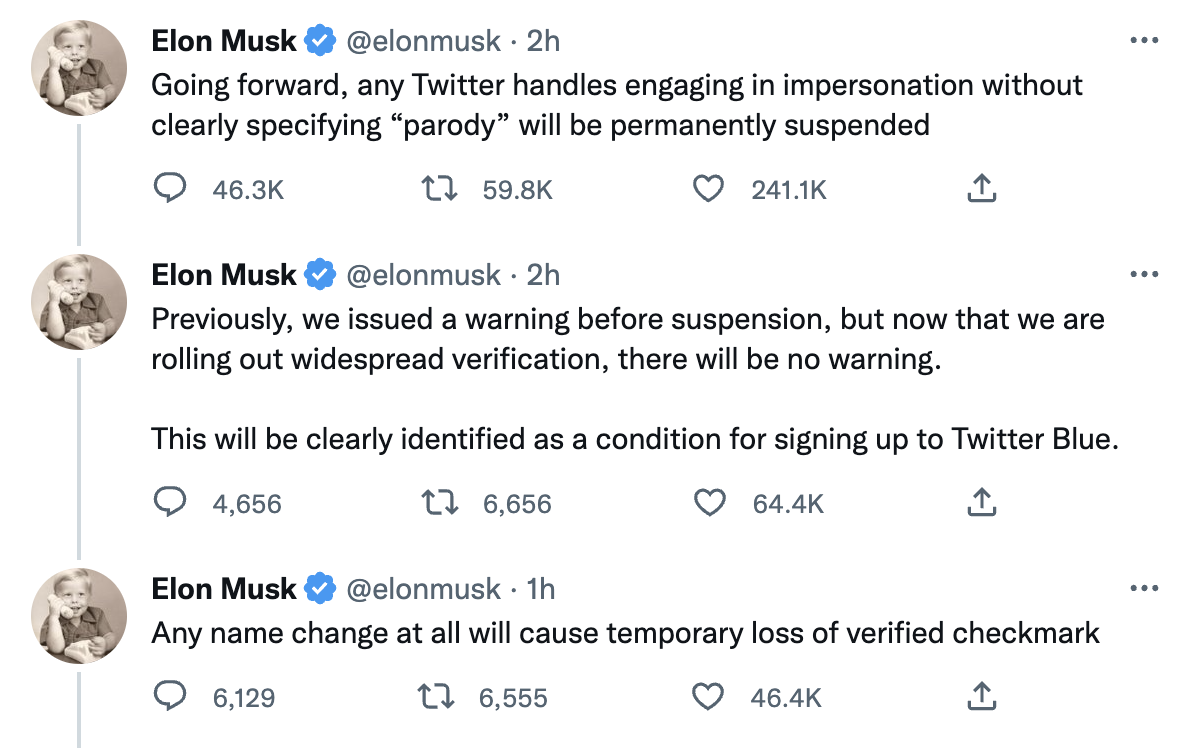 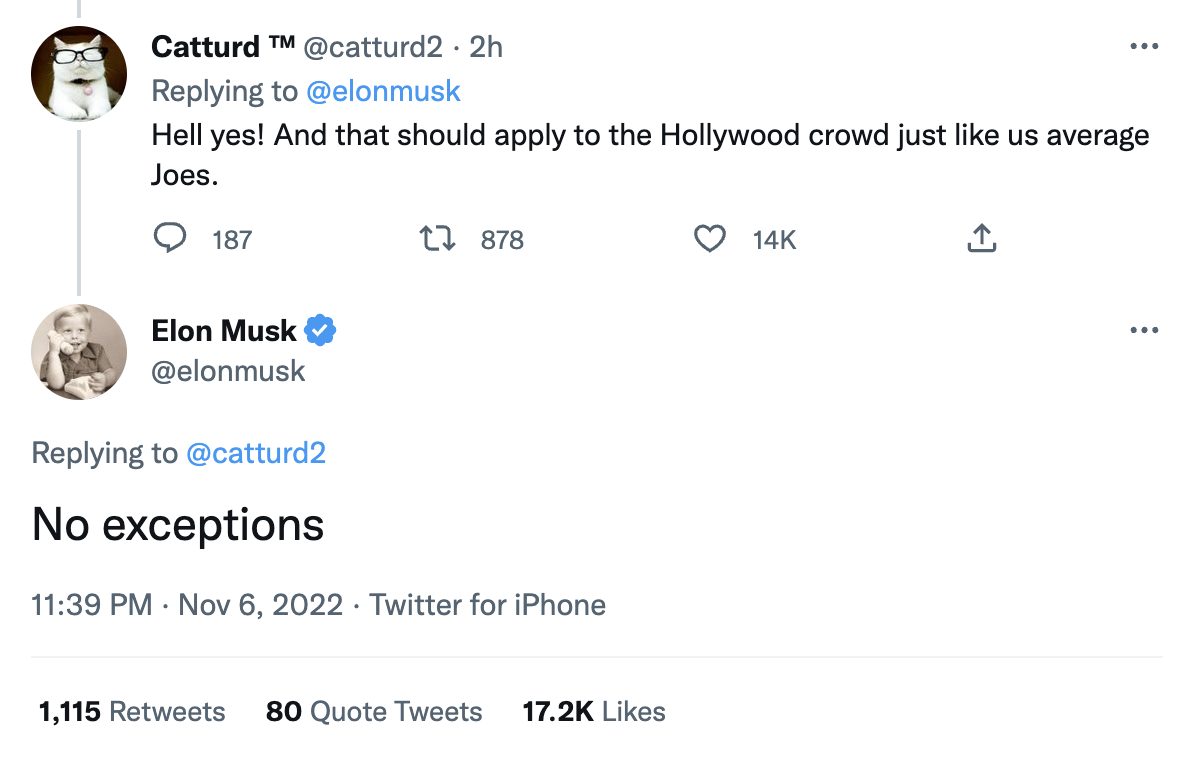 In another tweet, Musk said using pseudonyms is allowed but “the high-level principle is just that verified users can’t engage in malicious deception.” 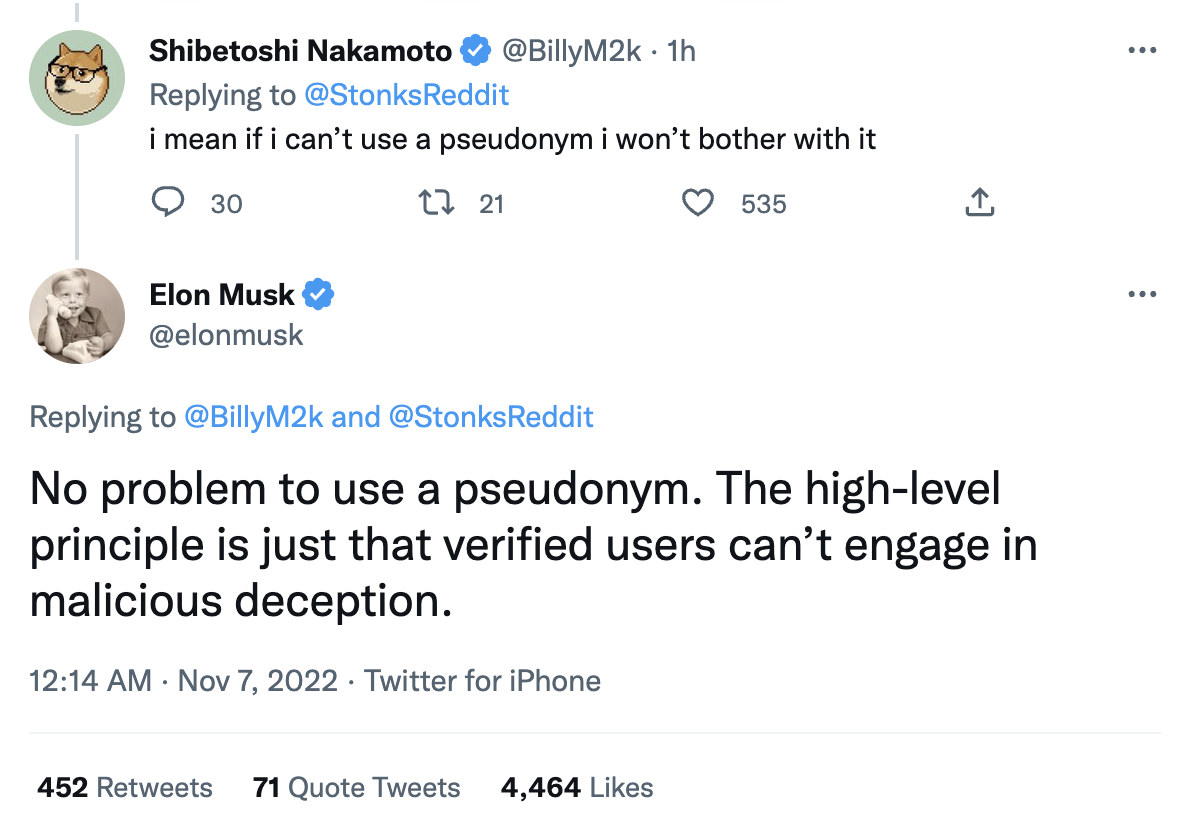 Some critics of Musk’s plan to give all Twitter Blue subscribers a verified checkmark have argued that it would make it easier for fake accounts to impersonate public figures and brands. However, Twitter has had rules against impersonation that were in force years before Musk took control of the company.

Twitter’s “Misleading and deceptive identities policy” prohibits the “impersonation of individuals, groups, or organizations to mislead, confuse, or deceive others.” It also bans the use of “a fake identity in a manner that disrupts the experience of others on Twitter.”

Additionally, this policy clarifies that: “An account’s identity is deceptive under this policy if it uses false profile information to represent itself as a person or entity that is not associated with the account owner, such that it may mislead others who use Twitter. Deceptive identities may feature the likeness of another person or organization in a manner that confuses others about the account’s affiliation.”

Before making these recent comments about Twitter permanently banning accounts that engage in impersonation without identifying themselves as parody, Musk had suggested that he would be “very cautious with permanent bans” and expressed a preference for timeouts.