The Twitter account for Adland, the world’s largest and oldest commercial archive, has been suspended after more than 13 years on the platform.

Despite being verified and having an active account on Twitter for over a decade, when Adland’s CEO “Dabitch” attempted to add an age to the account, it was instantly locked.

Twitter requires accounts to add their age when they attempt to follow other accounts that post about certain topics such as alcohol. In this instance, Dabitch was told that she needed to add the age of the Adland account after she attempted to follow an account for a social media marketer of spirits.

“Upon opening the dropdown menu for years and scrolling all the way down from 2020 it slipped at 1996, and the account was instantly blocked by twitter,” Dabitch wrote.

Presumably, Twitter’s automated systems determined that the birth year of 1996 meant that the Adland account, which was created in 2007, had been started by a user that was 11 years old. Since Twitter requires its users to be at least 13 years old, it then seems to have instantly and automatically locked the account based on this presumption. 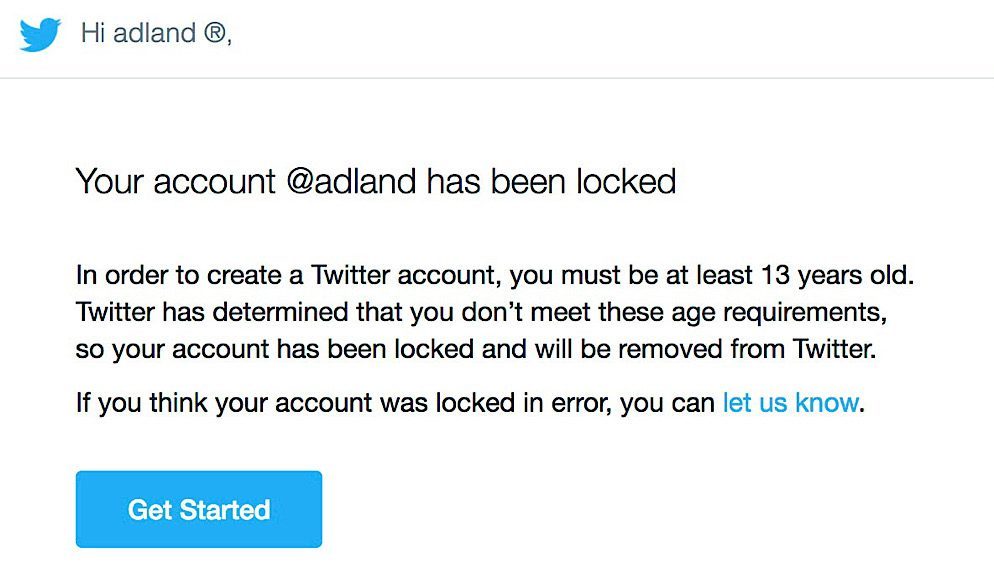 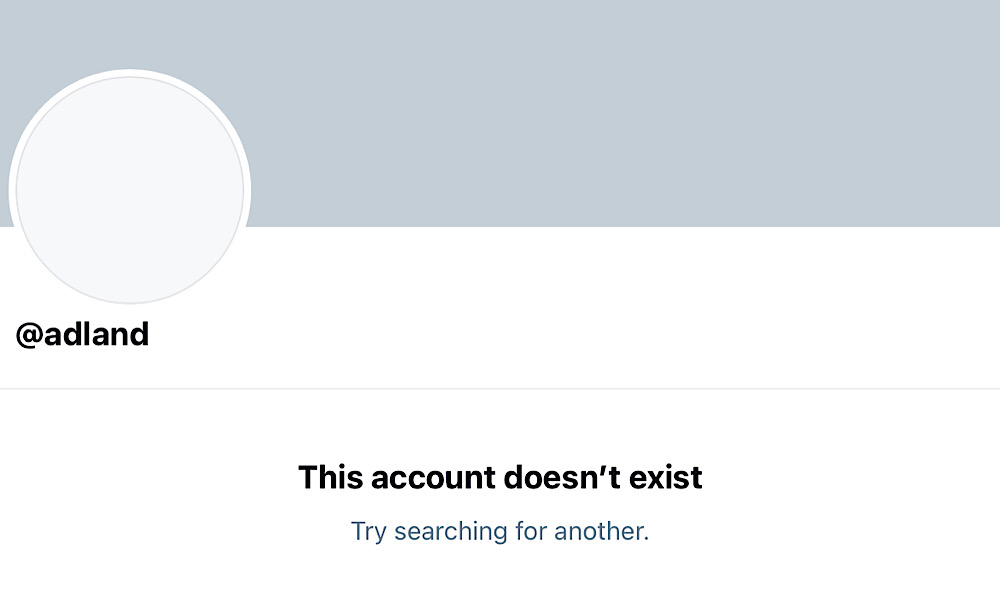 However, the Adland brand has existed for 24 years and since the account is verified, Twitter already has documents confirming that Dabitch was older than 13 when she started the account.

“Apart from the terribe UX design here, it’s even more frustrating since adland has been a verified account for several years, which means Twitter already has my passport or ID scan on file somewhere,” Dabitch wrote. “The year trigger shouldn’t happen for anyone using a drop-down menu like that, but even less so for an account that has already identified itself with a national ID.”

The account has been locked for over three days.

This isn’t the first time Adland has been deplatformed after questionable enforcement action. Last year, Adland’s website was taken offline for months after its web host received a bogus copyright claim. It returned a few months later.

While Dabitch believes Adland’s Twitter account will ultimately be restored, she summarized the situation by highlighting the perils of relying on Big Tech platforms that can instantly suspend your account, even if you’re a verified user that has been using them for over a decade.