What is a VPN app and why do you need one?

When so much of our lives are now spent online, most people could greatly benefit from using a VPN.
Share 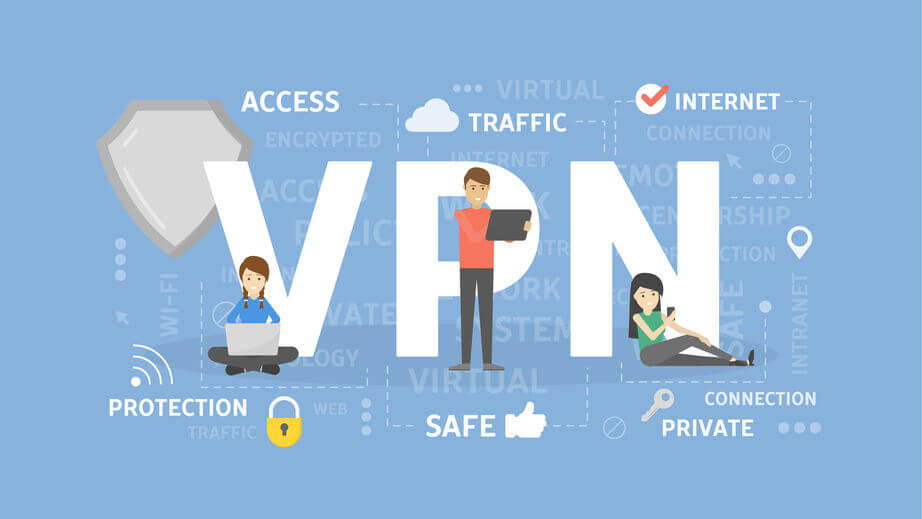 If you’ve been on the internet for a while, you probably heard or read something about a VPN.

VPN is short for “Virtual Private Network” and it is exactly what it sounds like. VPN is a technology that allows multiple computers to be connected into a private network, which is mostly done via the internet. The concept itself has existed for quite some time but lately it has become much more used due to the benefits it carries with privacy and security.

Virtual Private Network technology dates back to 1996 when a Microsoft employee invented the “peer-to-peer tunneling protocol” or shortly “PPTP” which was a precursor to modern VPNs. What PPTP does is it creates a more secure and private connection between the computer and the internet.

In a nutshell, VPN is the internet within the internet, all data is encrypted, hackers and anyone else who could usually see all your internet traffic, your location and your passwords are now staring at meaningless strings of text and numbers. You can think of it as something like an office network (LAN), where computers inside the building can communicate independently from the outside world.

Basically, for as long as the internet has existed, there has been a need for programs to keep data private and secure. In the 90’s it was not as necessary as it is now, because not many people even used the internet.

In those days, people used a VPN to connect to their offices while remote, from home or a vacation if they know they will be accessing sensitive information. Businesses have been using VPNs for the longest time. It is in their interest to keep their manufacturing information, transactions, and all other crucial information secure from hackers. What do you think would happen if someone managed to hack into nuclear facilities or power companies? The amount of destruction would be catastrophic.

Airplanes most of us use on monthly basis have to be online to establish communication with other flying aircraft and their control tower, using a regular connection like the one you can find in your local coffee shop would prove unreliable sooner than one could believe.

But it’s 2019 and everyone, from kids to retired grandparents, is surfing at least an hour per day. According to the research done by Javelin Strategy & Research, in 2017, there were 16.7 million victims of identity fraud and criminals, being as greedy as they are, don’t only end with identity theft – they often also try to steal your bank information. The amount of money stolen reached $16.8 billion last year in the United States alone.

How does a VPN actually work? 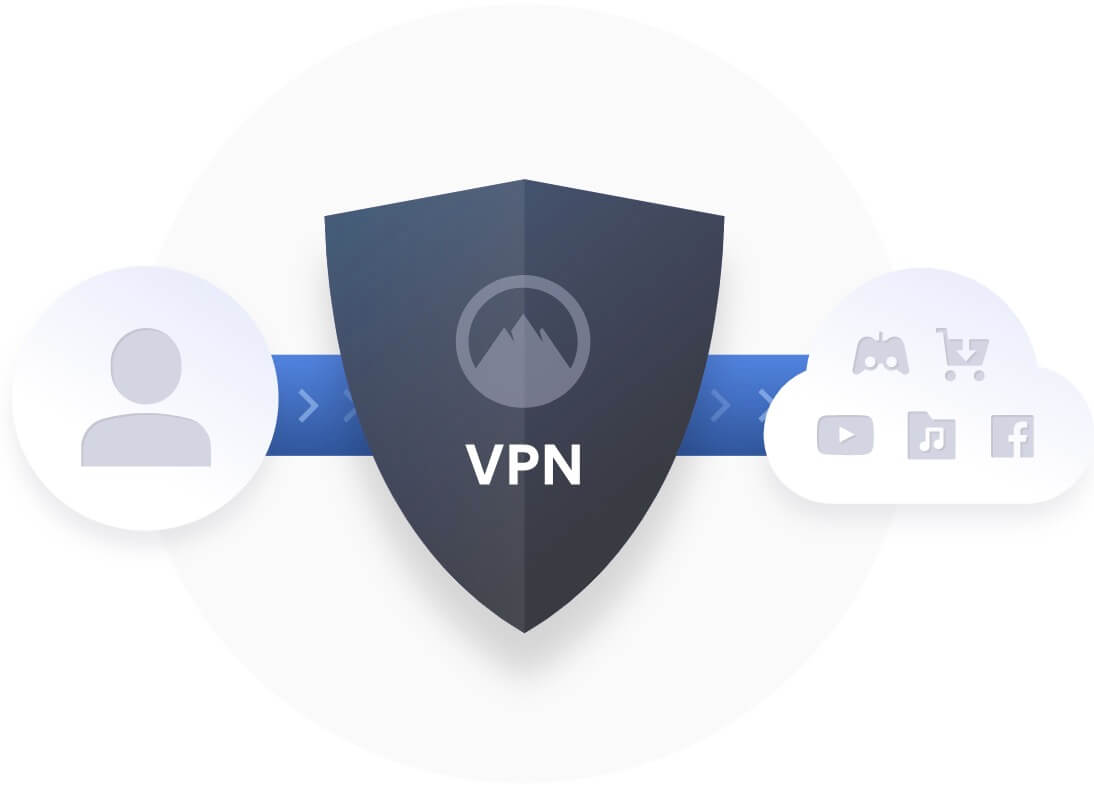 In order to understand how a VPN works, we need to first understand how the internet works. When you want to visit a website such as Facebook, Twitter or Youtube you first type in the domain name in your browser (Chrome, Firefox, Internet Explorer).

That domain name is basically a simplified way of typing in the domain’s IP(Internet Protocol) address since it is much easier to remember a name than a string of numbers. That IP address is something like a home address of the website. Your phone, computer, and even your smart TV, everything that browses the internet has its specific IP addresses.

When you type in the domain name of the site you want to visit, you send your OWN data onto the internet until it reaches the server, then the server processes your data and sends you back the website you requested.

There lies the problem, when you send your data to the server, you are sending them your own IP address, your location, information about your device such as it’s operative system and it’s specifications. This is where hackers intercept the data package, make a copy of it for themselves and send it to its original receiver, this type of hacking is called “eavesdropping”.

The hackers aren’t the only ones who gain access to your information, websites can also collect your personal info although, in most situations, this done only so the website can study who visits and for which reasons. This is usually not considered harmful, because websites use such information to improve themselves to the liking of specific demographic.

What VPN does is it creates a completely separate tunnel that encrypts all the information that goes through it in such a way that only end-user has the key to decrypt it. Even if someone manages to hack into that tunnel, they won’t have the information served to them, because then they would need a key to decrypt all the encrypted data.

But don’t be fooled, we are not saying it’s impossible to hack, it just takes much more time than it usually would, repelling any hacker that thought he could easily rob you of your privacy. It boils down to the strength of the actual protection that your VPN service provider has implemented. For example, NordVPN uses a cutting-edge military-grade encryption system which means the hacker has low to no chance of ever getting close to your private data.

Remember how we said that when you want a website you send your information to the server and it sends you a website? Well, with VPN you send your information to their server first which then sends it to a website. This additional step server helps in lots of ways as it adds another layer of security and it can even change your location, completely protecting you even from the websites that want to know where you are from.

Why do you need a VPN? 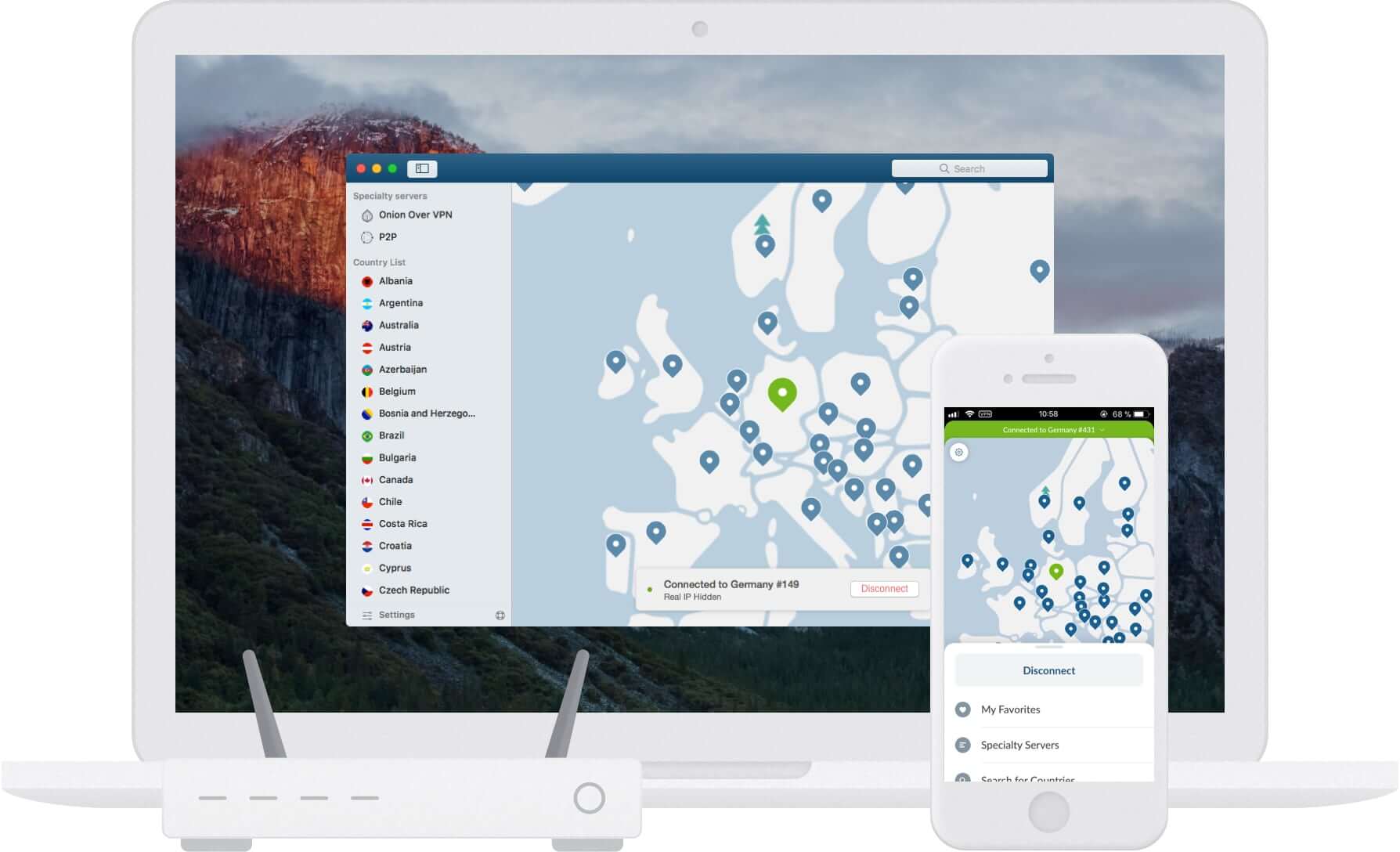 You need a VPN app to get optimal security and privacy

One of the most obvious reasons why everyone should consider using a VPN are security and anonymity. You’re sitting in a restaurant with your date and you want to check your bank account to see if you will have enough money to pay for the meal. Because the internet connection in the restaurant is open, anyone can log in and steal your card information, leaving you both broke and embarrassed in front of everyone in the blink of an eye.

Remember how we said that sometimes websites store your data for the purpose of self-improving? Well in many occasions, the government can force the website to give them the information stored which means they can get the exact location and ID of the device you entered a website from.

But if you were using a VPN, the information they have will only point them to the VPN provider’s server. Many VPN service providers, such as Nord VPN, have a “No Logs Policy” which basically means that they don’t even record which websites you’ve visited. Making it impossible for anyone to track you down.

You need a VPN app to get around blocked content

The second big thing most people decide to start using a VPN is that many websites have a strict policy to what content can be viewed from where. Imagine there’s the newest sequel to your favorite movie on Netflix but it’s not available in your country because Netflix itself forbids it or it’s your country that doesn’t want you watching foreign video-streaming websites.

Using a VPN service can help you change your location by sending your info across their servers in a different country where the website you want to visit is available. By doing this, the VPN tricks the website into thinking that you are actually trying to watch Netflix from the U.S. because the request signal originates in the United States.

Last but not least, many countries around the world have insanely limited access to the internet due to strict government regulations. We will take China as an example. If you went to China for a vacation in recent years, you’ve probably noticed that you can’t watch YouTube, you can’t use Twitter, Facebook.

What if you get a call from the office telling you that you need to take immediate action but you are in a country where you can’t even access the website you need. By using a VPN service you can bypass the regulations and censorship, open the window and explore the internet without any limitations. It doesn’t have to be only China, almost every country has some kind of internet censorship that keeps their population under its control.

In recent years there has been an increasingly large number of instances where a certain country is completely cut off from the rest of the world, by blocking most of the websites which contradict the regime. It raises many questions about the actual definition of freedom. We are living in an era where freedom extends beyond the physical world into a cyber world. Our security should extend to that level as well.