No wonder creators see it as a waste of time.
Share

For the first time ever, Google-owned YouTube is sharing information on appeals, including the number of videos taken down, appeals received, and videos reinstated.

Based on the appeals data, it becomes clear that YouTube creators have a tough time battling the video-sharing platform when it comes to restoring videos that were previously taken down.

According to the report released by YouTube, between October 2019 and December 2019 alone, more than five million videos have been taken down by the platform.

Judging by the figures, it becomes apparent that only 21% of the appealed videos were reinstated by YouTube. 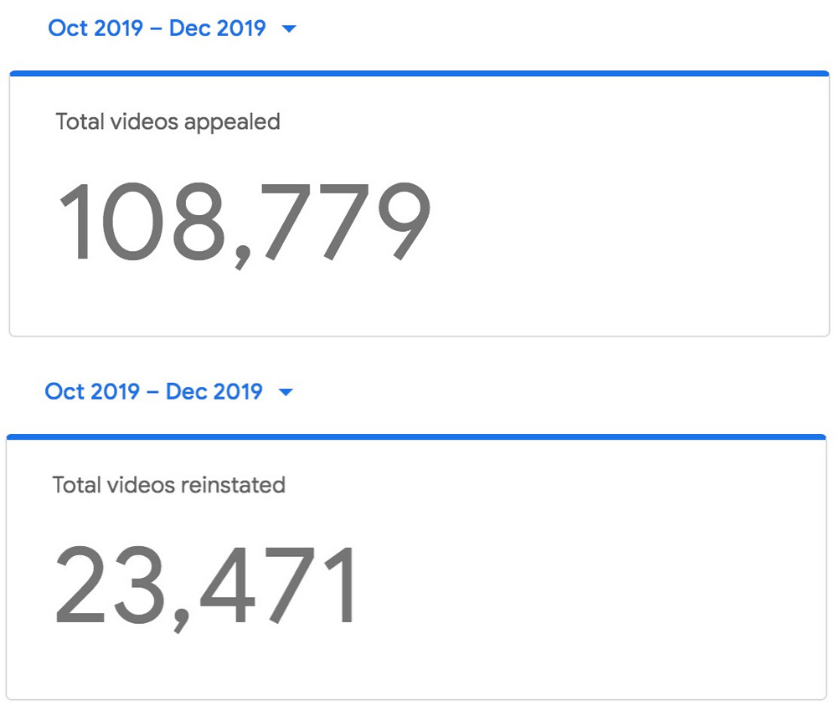 It’s worth noting that when users complain to YouTube about their video being deleted, YouTube often asks them to appeal.

Today, based on these released figures, it’s clear to see that an appeal is most likely not going to make any difference as around 80% of appeals fail.

Over time, creators have constantly expressed their disdain at YouTube’s clumsy appeals process and demanded more transparency in how the company processed their appeals for reversing takedowns.

Regarding takedowns, YouTube reveals that most of the videos that have been removed from the platform were done so automatically, meaning that no human being oversaw the process.

The company also stated that it removed over two million channels, and that 80% of them were spam.

A YouTube representative also said that creators filed appeals on “less than two percent of the videos we removed last quarter”.

It is also worth noting that 60% of the content that has been removed from the platform was taken down even before collecting any views. 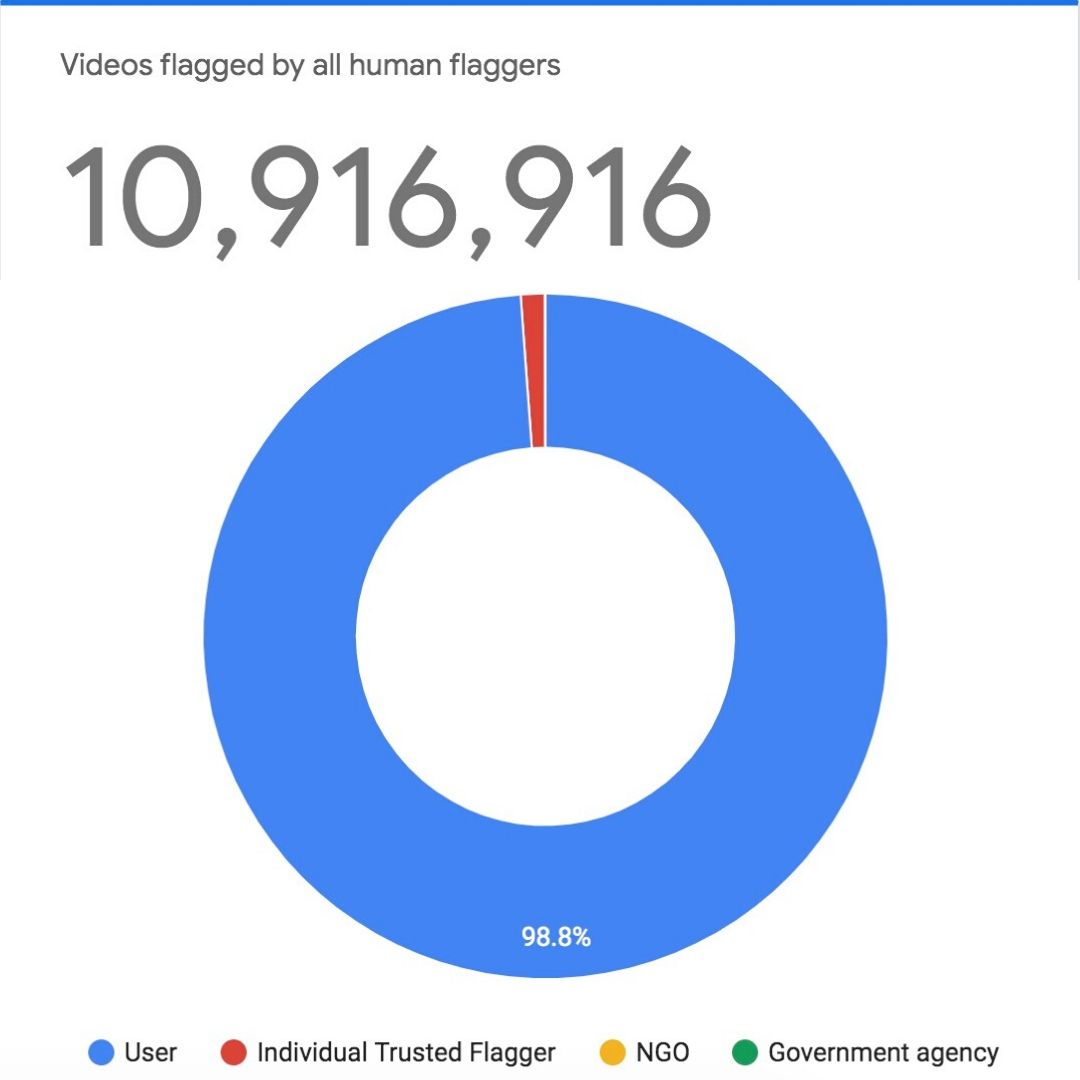 While the company presented several stats on the number of videos taken down, restored, and so on – it did not post any figures with regards to the number of videos that were removed for copyright infringement, which happens to be a common problem shared by the community of online creators.

YouTube said that publishing this report was a means of expressing its commitment to transparency and its swiftness in dealing with violating material on the platform.