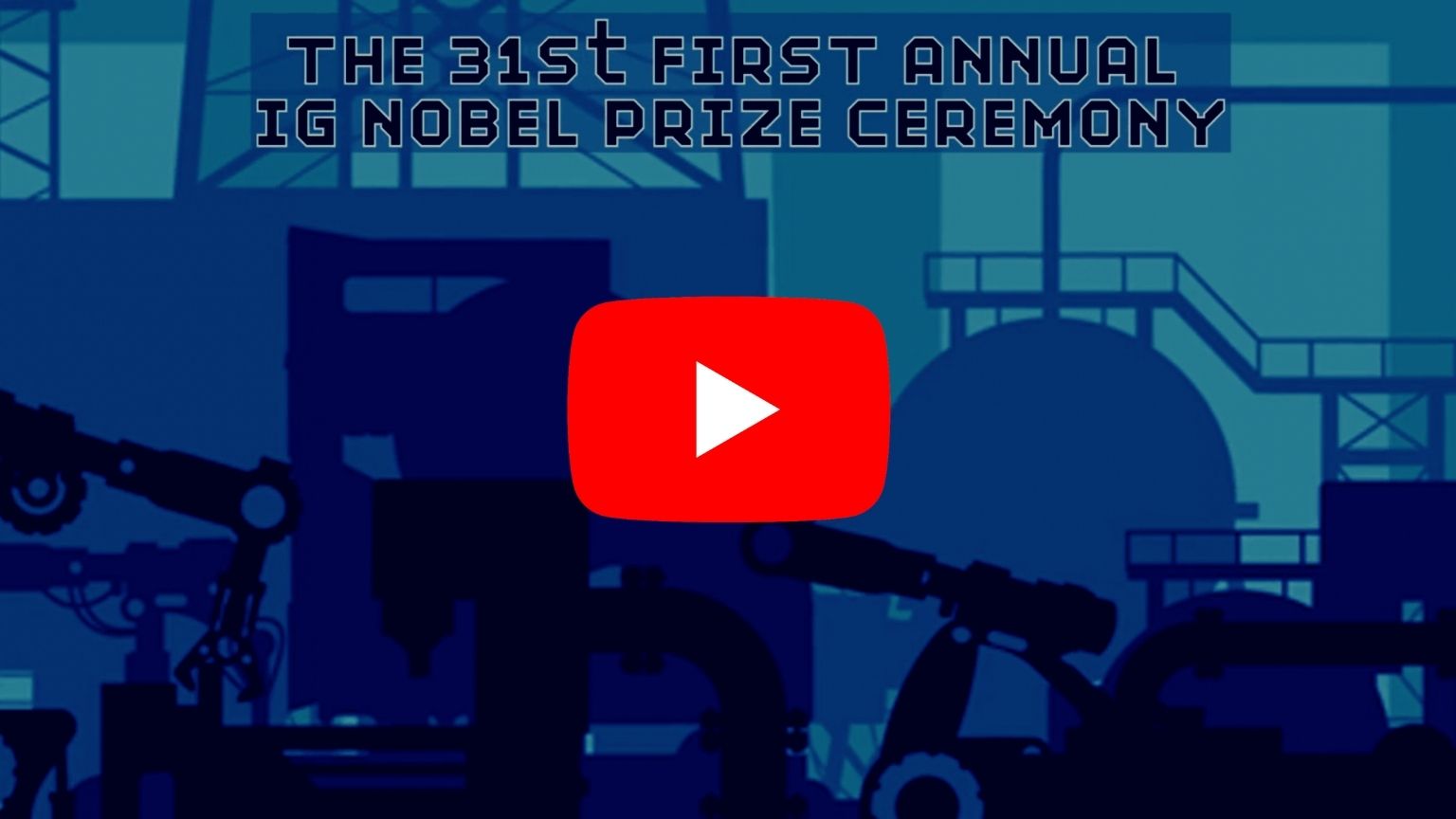 Improbable Research, a scientific humor magazine whose slogan is that it presents research that makes people laugh and then think – has been finding out the hard way that YouTube’s broken copyright system sometimes has the effect of making those publishing on the platform “cry” – and then, hopefully, think about what exactly is going on, and why.

Namely, the magazine organizes the annual satirical Ig Nobel Prize Awards, with the ceremony this year taking place online (in the past, this was happening at Harvard University). But a recording of the ceremony, where the awards were presented by past Nobel Prize winners, is now being blocked by YouTube on copyright grounds, over the use of parts of the song “Funiculi, Funicula” sung by tenor John McCormack… in 1914.

Improbable Research said on its website that what it referred to as the video giant’s “notorious algorithms” are to blame for this, which will be old news to a huge number of creators and channels, big and small, who have been struggling with and inside YouTube’s copyright system for years now.

Improbable Research discovered another thing those creators are painfully aware of – there is nobody on the other end of the “support” line, in fact, there is no real support. “We have so far been unable to find a human at YouTube who can fix that,” the magazine said, referring to the blocking of the ceremony recording over a song that is over 107 years old.

The write-up seems to suggest that copyright should not apply any longer, and also that a host of large music labels are not behind the infringement claim, but that the world’s biggest video platform’s algorithms are so flawed they misidentified the breach on their behalf. YouTube’s takedown notice cited SME, INgrooves, Wise Music Group, BMG Rights Management, UMPG Publishing, PEDL, Kobalt Music Publishing, Warner Chappell, Sony ATV Publishing, and 1 Music Rights Societies, all as rightful owners of the song.

As the search for “a human at YouTube” who can fix the problem continues, Improbable Research recommends that those interested in watching the ceremony go to another centralized platform, Vimeo, whose own copyright policies have not affected the upload so far.