YouTube has deleted another video featuring an interview with a noted medical professional whose views don’t match the official Covid narrative pushed by Google’s giant platform.

The interview with Dr. Sucharit Bhakdi was uploaded on the TRIGGERnometry YouTube channel, run by UK-based podcasters and comedians Konstantin Kisin and Francis Foster who swear by free speech and fact-based discussion around issues, no matter how controversial.

Unfortunately for them and their audience, that is not the kind of content YouTube favors these days, even as it insists that it allows only scientifically valid information concerning coronavirus to remain on the platform. But, at the same time censoring non-conforming scientific arguments makes YouTube’s policy quintessentially anti-science, because it doesn’t allow skepticism and debate.

So if it isn’t really about science, then it must be politics that’s behind the social network’s rules, many suspect. Those behind TRIGGERnometry announced the deletion of the interview with Dr. Bhakdi on Twitter, adding that the removal came “because a spotty teenager in California knows more about COVID than the former Chair of Medical Microbiology at the University of Mainz.” 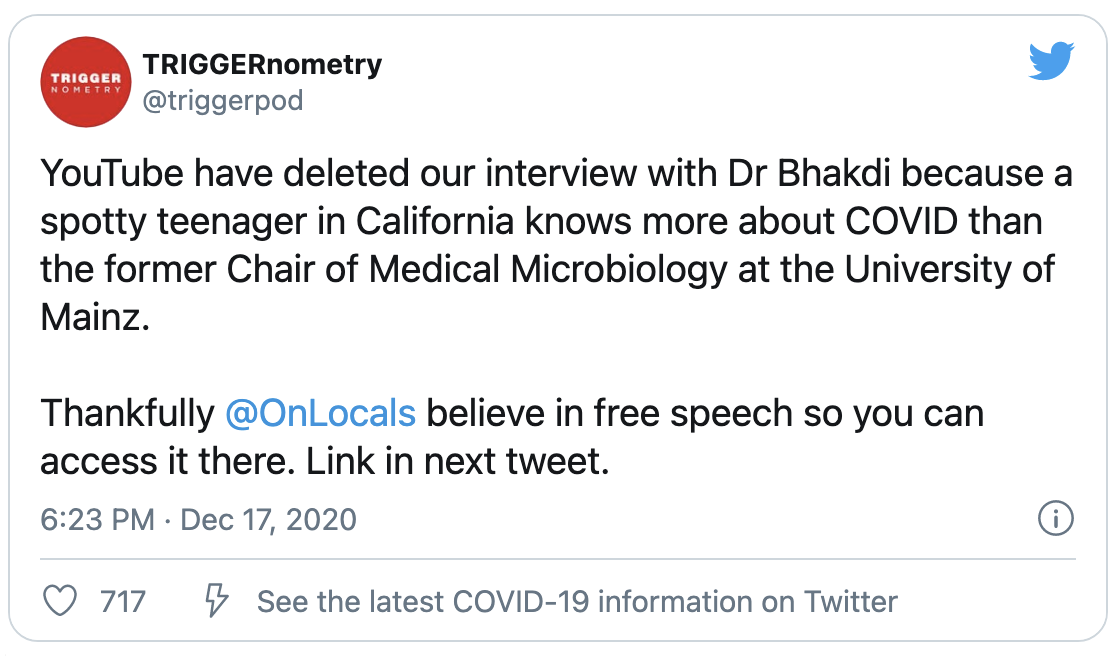 The implication is that YouTube’s “moderation” in this instance was done by an actual human, however ill-equipped to deal with the topic, instead of the automated system of censorship that often sweeps content to the frustration of independent creators. Either way, the video is now gone from YouTube, but can be found on Locals, a subscription-based community platform that the pair behind TRIGGERnometry said believes in free speech.

The reference to “the former Chair of Medical Microbiology at the University of Mainz” was one to Bhakdi, whose book, “Corona, False Alarm,” co-authored by Dr. Katarina Reiss became a best-seller in Germany, selling a total of 275,000 copies in the first six weeks. 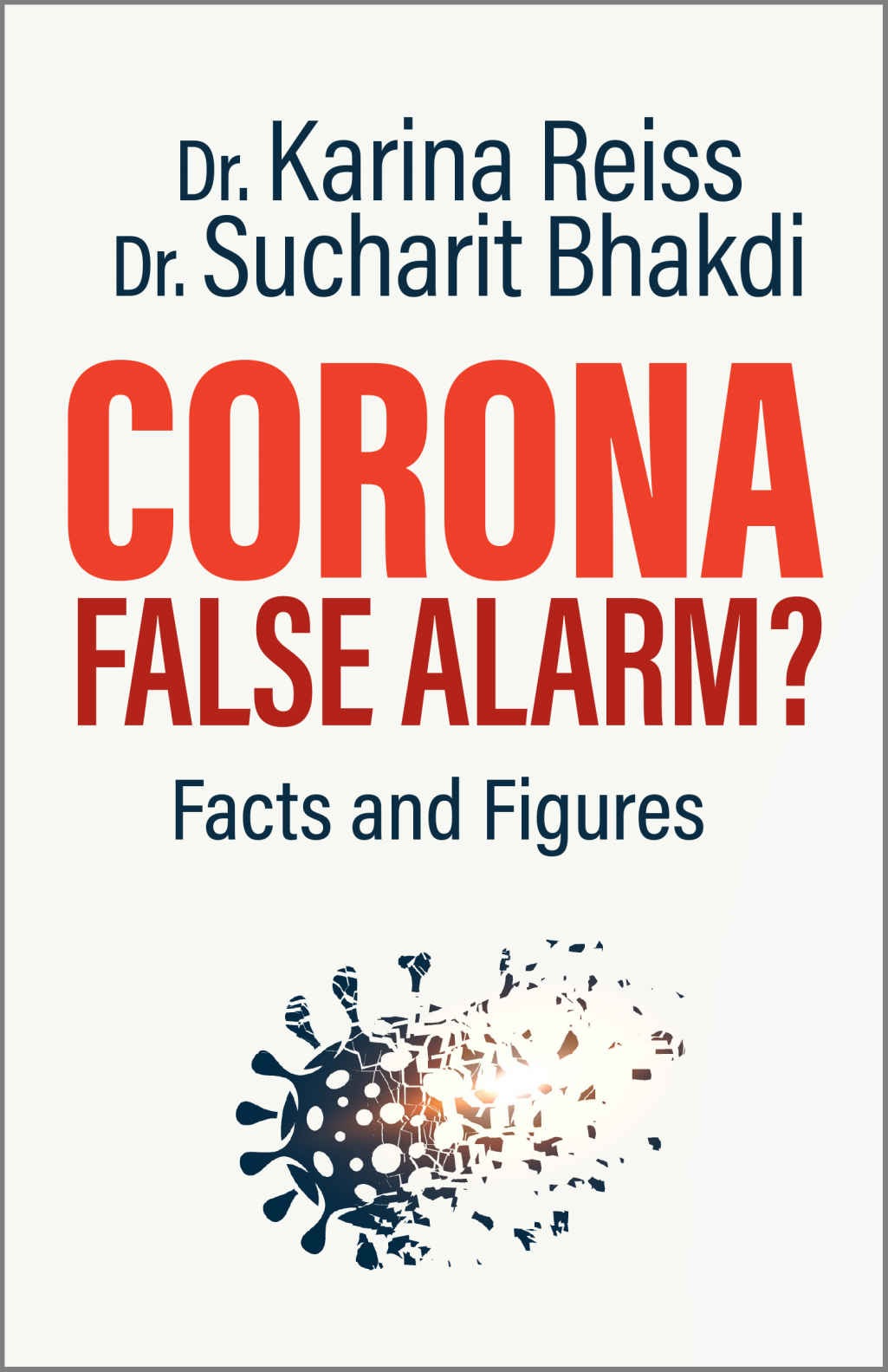 The book, that is said to encourage the reader to form their own opinion after being presented with data, explores the safety of Covid vaccines produced in a race to reach the market, the relationship between this “new” coronavirus, ita previous strains, and the flu virus, the meaning behind infection and death rate numbers, and how scientifically justified and effective lockdown and protective measures such as mask-wearing really are.

Commenting on the YouTube ban, some Twitter users described it as “counterproductive” and “sinister,” while even those who see Bhakdi as “dodgy” said, “people should be able find that out for themselves.”