Google is accused of harvesting the data of children under the age of 13.
Share

YouTube is facing a £2.5 billion lawsuit for allowing advertisers to utilize data collected from millions of British kids. Unauthorized collection of data from children violates both EU and UK data privacy laws.

Privacy campaigner Duncan McCann filed the lawsuit in July. If he wins, every child or family could receive £500 ($640) in damages.

Confirming the filling of the lawsuit on Saturday night, he said:

“We used to be worried about how children used the internet, the dangers of children being exposed to pornography, or being groomed.

“That is still a problem, but we should also be aware of how the internet is using children, which was not the case ten years ago. Are we comfortable with children being products of the internet rather than products of their parents?” the Mail reported.

McCann claims that YouTube, and by extension, Google, violated the EU’s General Data Protection Regulations and the UK’s Data Protection Act. He alleged that YouTube provides information collected from kids to companies such as toy sellers, who then send targeted ads to kids.

“We don’t comment on pending litigation. YouTube is not for children under the age of 13. We launched the YouTube Kids app [in 2015] as a dedicated destination for kids and have made further changes that allow us to better protect kids and families on YouTube,” a YouTube rep said.

Additionally, YouTube might direct the court to several changes introduced in 2019 that improve privacy protection. These changes include notifications to guardians, the ability to restrict personalized adverts, and the “limit data collection” setting.

“The cost of YouTube’s free services is kids addicted, influenced, and with no privacy. Google won’t clean up its act until it is forced to do so by the courts,” said Cori Crider, the director of Foxglove.

“This is an incredibly important case. Tech titans such as Google cannot be above the law,” Hausfeld’s Lesley Hannah said. 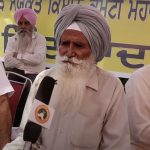