5 books for understanding the state of the internet in 2019

We’ve selected a few released and to-be-released books about the state of the internet today that would hopefully help you make sense of it and decide how you’re going to let internet affect your life from now on.
Share 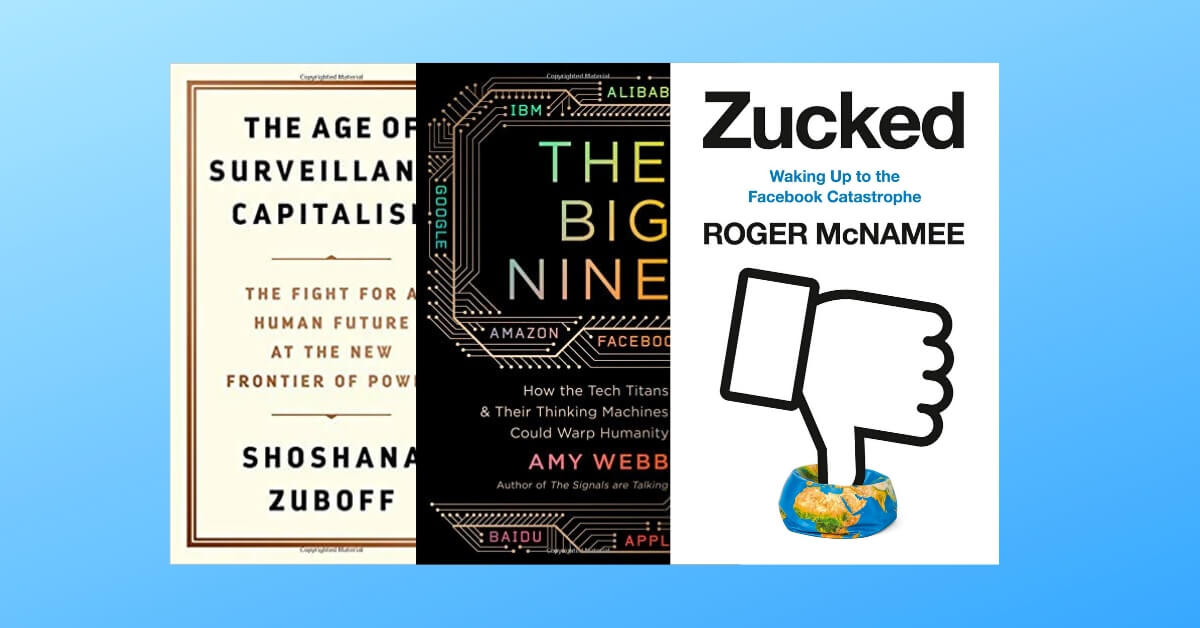 The internet and digital technology in general have transformed the world as we know it – that is a fact. However, this transformation has never been more visible or apparent as during the last couple of years. 2018, for instance, experienced the largest increase in internet users ever.

The opportunities to shop online and the relevant trends like visual search are transforming consumer habits and behaviors faster than we’ve ever seen. Usage of the terms “like” and “follow” is very prevalent amongst many retailers, B2C and B2B alike. New laws like GDPR and CCPA were implemented largely due to the privacy concerns posed by the digital age. “Selfie” became Word of the Year in 2013. Interestingly enough, only three years later, it was “post-truth”.

All of the above and many other things are possible thanks to the internet. It can be quite overwhelming to think about the magnitude of its impact on our daily lives. For that reason, we’ve selected a few released and to-be-released books about the state of the internet today that would hopefully help you make sense of it and decide how you’re going to let internet affect your life from now on.

The Age of Surveillance Capitalism 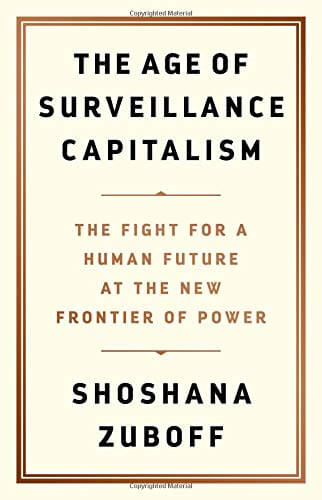 Published in January of this year, “The Age of Surveillance Capitalism: The Fight for a Human Future at the New Frontier of Power” is the third book of Harvard Business School Professor Shoshana Zuboff. In this groundbreaking work, she identifies an unprecedented Big Brother-like phenomenon of surveillance capitalism – a “radically disembedded and extractive variant of information capitalism”.

The premise is that people’s behavior is not only monitored and recorded but also monetized and ultimately influenced for that very purpose by the tech giants. And people allow it by falling for the “free services” on offer. In reality, they are paying for these free services and the convenience with their own data that’s ultimately processed and even controlled.

Even though most people understand that their data is processed in one way or another by Google, Facebook, etc., this process has never really been placed in a wide contest and studied from a large scale. The Facebook scandals of 2016-2018, Google’s GDPR fines and many other events arguably highlight the need to do just that – and that’s what “The Age of Surveillance Capitalism” attempts to do.

Zuboff labels the platform of surveillance capitalism as “behavioral futures market”. Indeed, the business model of tech companies and the tools used in the process (e.g. Google Analytics) largely involve monitoring the behavior of people on an extraordinary scale. Zuboff believes that the individuals’ behavior isn’t going to be the ultimate focus for much longer – instead, the focus would eventually shift to large communities. It’s overwhelming to think about a futures market for the behavior of a city like New York or London – but it’s necessary. 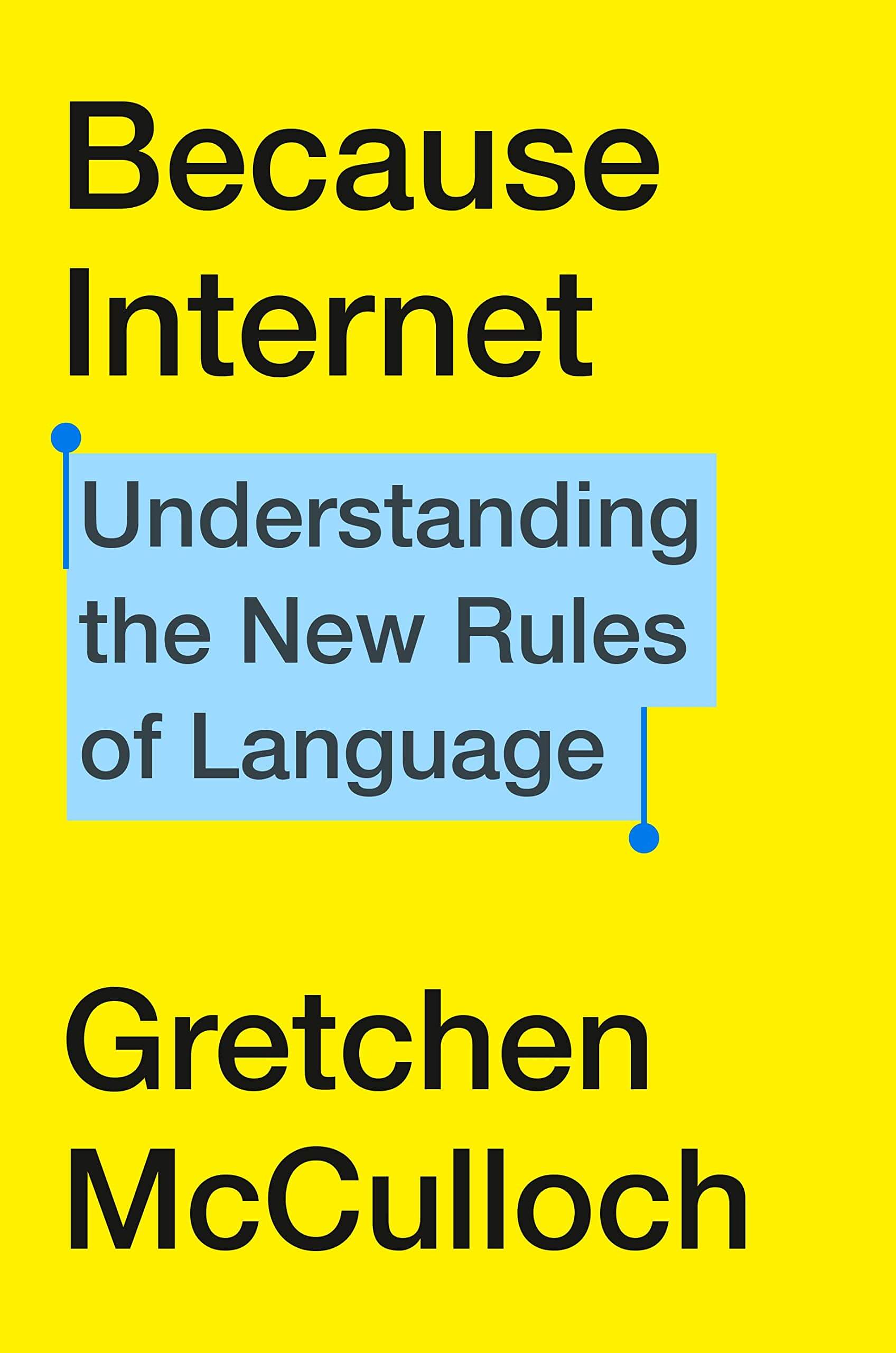 The author of “Because Internet: Understanding the New Rules of Language” is an Australian internet linguist and a columnist for Wired Gretchen McCulloch. She also runs a blog All Things Linguistic. The book only comes out this summer, but it’s already generating quite a buzz. Many of us have felt somewhat lost at least once in the social media lingo, or have tried and failed to explain it to the people with little online presence.

Emojis, “likes”, abbreviations, LOLs/lols – they can indeed be quite confusing. And the cat memes alone seem to be a dialect in itself. How did it come to be and what can we do with it? Are we themselves a part of it?

McCulloch answers these questions, and many others, in “Because Internet”. As a linguist, she understands the importance of communication and with it in mind, explores how the internet influences and shapes it. Today, human language and interaction changes faster than ever before, and if you want to get to grips with it and ensure that you’re not lagging behind as it develops, “Because Internet” is essential reading for you this summer. And if that’s not enough for you, or you want to get a head start, check out McCulloch’s blog where she writes a lot about internet language. 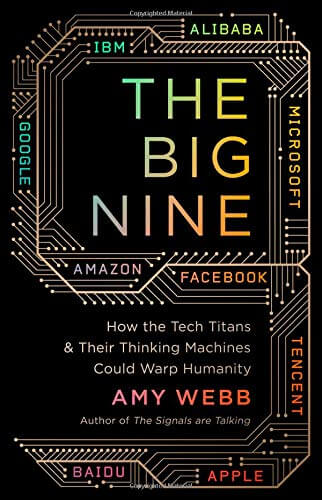 NYU Professor of strategic foresight and founder of the Future Today Institute Amy Webb explores the influence of AI and its effects on people in her new book. “The Big Nine: How the Tech Titans and Their Thinking Machines Could Warp Humanity”, published earlier this month, really drives home the point that without proper planning and foresight, tech giants (the so-called “G-MAFIA”) fail to have the people’s best interests at heart and use AI in a manner that isn’t sustainable. The “Big Nine” are the tech gods of the new world, i.e. Google, Facebook, Alibaba, etc. (kinda like Neil Gaiman’s “American Gods” series).

Similarly to “The Age of Surveillance Capitalism”, the system in this book is viewed as inherently broken and that we as data subjects need to be really aware of what data we’re handing over to the tech companies and how.

Webb’s book, however, doesn’t solely focus on dissecting the flaws in the system and blaming anybody specifically. Rather, it offers recommendations on a strategy to change these flaws and prevent the unintended consequences of AI. The strategy takes into account that every community – American, Chinese, etc. – would have its own point of view on the subject and that a possible “central body” that develops the standards applicable to all must be comprised of the representatives of those points. Webb generally argues for well-rounded representation of employees of tech companies, as well as for interdisciplinary approaches towards university programs. And rightly so – after all, more people than ever are using technology, and we are all different, and all of us have a voice that deserves to be heard. 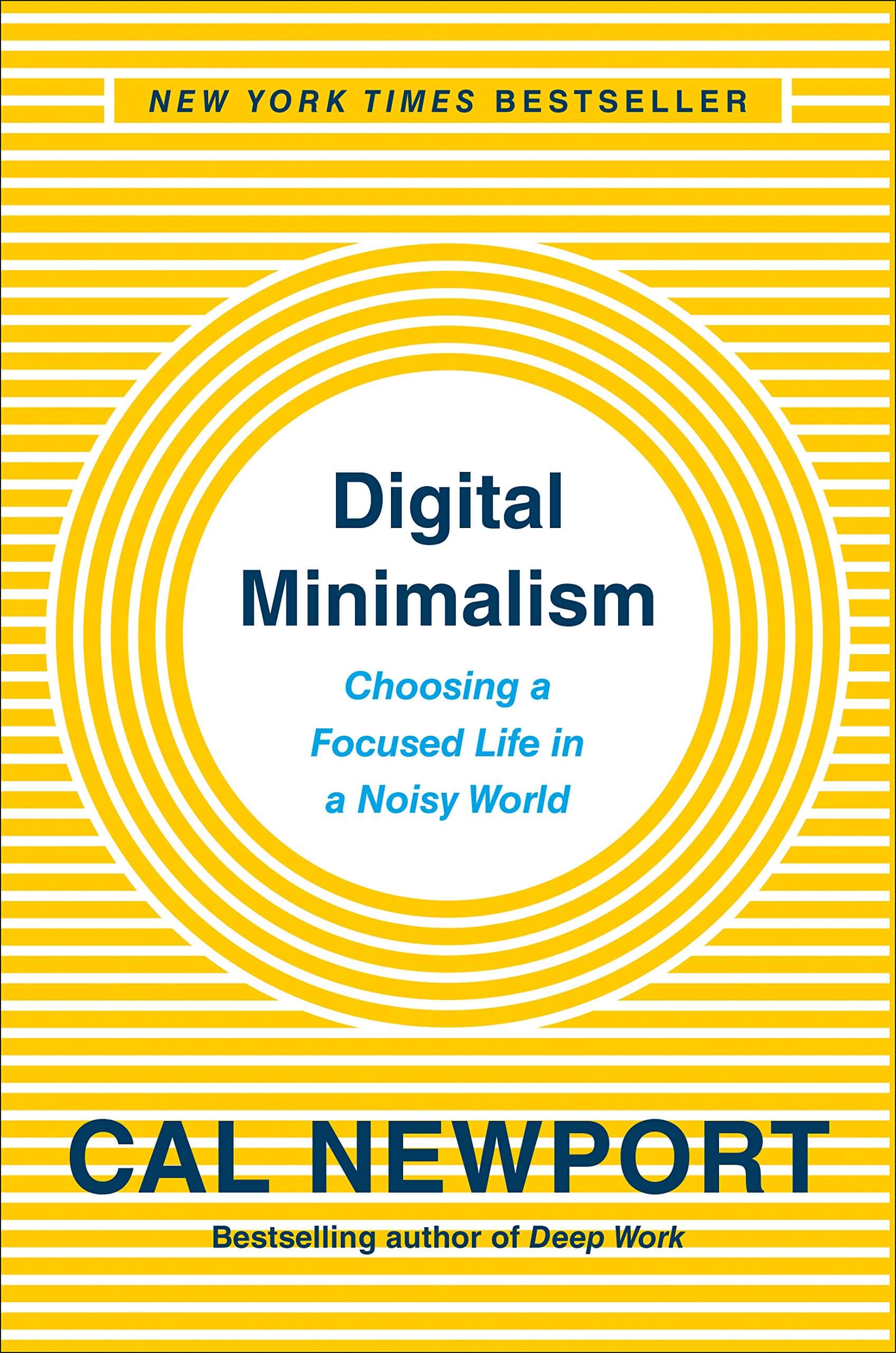 Dr. Cal Newport of Computer Science published his new book last month about taking control of our lives in the digital world and de-cluttering our own piece of it. “Digital Minimalism: Choosing a Focused Life in a Noisy World” is somewhat similar to Marie Kondo’s approach to efficiency, but it views digital minimalism as a sustainable mindset rather than the continuous pressing of the Delete button. Newport advocates the removal of the “low-value digital noise” and cleaning up your digital space to optimize your usage of the tools that you really need.

“Digital Minimalism” offers concrete strategies on how to actually do that. It doesn’t try to encourage us to undertake any “digital detoxes” and doesn’t offer an instant one-size-fits-all solution. Rather, it helps us figure out how to use the internet and your devices in a way that doesn’t stress you out and weans you off your dependency on your phone or computer. The real-life stories and examples in the book can help with that as well as the tips on digital decluttering. Once you embark on the digital minimalism path, you’d be able to ensure that you’re the one using technology to serve your life, and not vice versa. 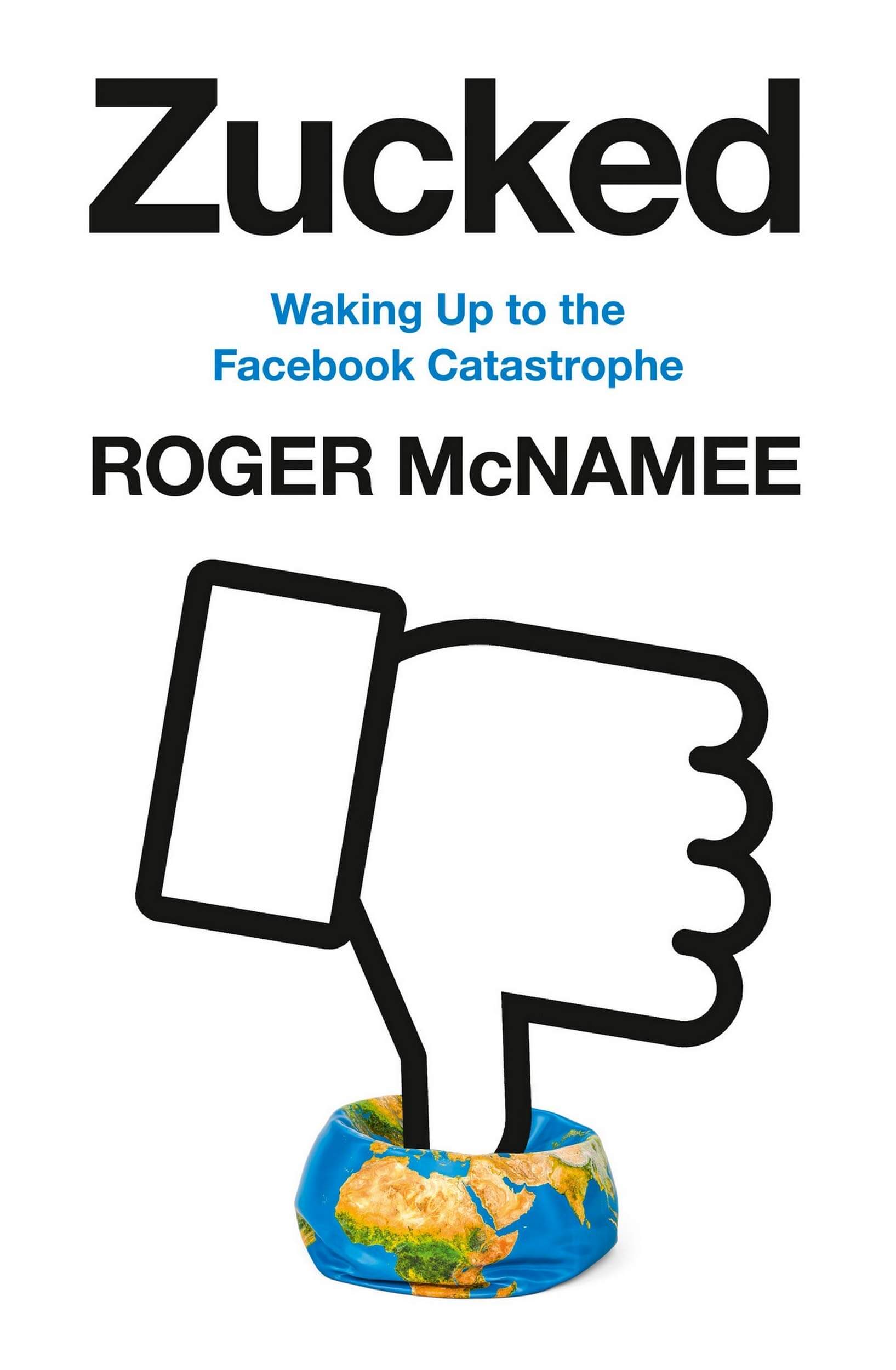 The NYT called “Zucked: Waking Up to the Facebook Catastrophe” an “Anti-Facebook Manifesto, by an early Facebook investor. Indeed, Roger McNamee was one of the first investors into Mark Zuckerberg’s baby and the person who’s written the book published just last month. It tells a story of how a company – or a platform – created for the purpose of fostering human connections is ripping society apart as we know it.

The investor details his account of Facebook’s rise to power from a misogynistic platform Facemash run by a college student to one of the most influential companies on the planet. McNamee’s view is that the system is flawed by design and those flaws are largely due to the centralization of management (namely, Zuckerberg and Sandberg).

Like “The Age of Surveillance Capitalism”, McNamee’s work makes it clear that moral constraints are applied in a very loose sense, if at all, to tech giants’ activities. Facebook’s 2014 experiment with emotional manipulation of users is just one example. Both books put into perspective the unprecedented data-focused business model of the digital players that the readers might find overwhelming and even disconcerting. But as Facebook’s and its fellow Big Others’ influence grows, we as consumers need to really understand what it actually means.