The latter company, co-founded by Peter Thiel, is working with the US Immigration and Customs Enforcement (ICE) by providing it with big data analytics and is thought to have a key role in the process of identifying and deporting illegal immigrants thanks to data mining.

Palantir’s ties with ICE is what reportedly caused some 500 Amazon employees to ask CEO Jeff Bezos to drop it from the list of customers of the Amazon Web Services (AWS).

Thiel himself has in the past come under criticism for being a rare member of the Silicon Valley elite who publicly supports US President Trump.

Now the Amazon employees who signed the letter claim that the deportation centers for illegal immigrants are comparable to “concentration camps” where people face “horrific conditions.”

They also accuse ICE of violating the human rights of immigrants and blame AWS for making this possible by accepting Palantir as a customer.

According to reports, the rehashed letter was originally sent in June 2018 and signed at the time by 450 Amazon employees.

The decision to circulate it again came after a string of recent stories in US media outlets about the poor conditions in some overcrowded detention centers.

US Vice President Mike Pence last week blamed the Congress for not providing enough funding for the centers at a time of an influx of migrants.

Meanwhile, those who signed the letter take issue with Amazon’s cloud computing unit providing services to Palantir, as it helps ICE identify illegal immigrants. Another demand is for Amazon itself to end the practice of selling facial recognition software to the government.

The protest last week moved to the AWS Summit in New York City. Other activists disrupted the keynote address of AWS CTO Werner Vogels. At the same time, 500 pro-immigration activists gathered outside the venue – demanding that Amazon stop providing services to ICE via Palantir. 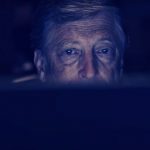 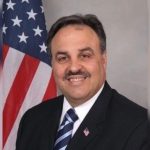 Sheriff Falco just managed to keep his job in the face of calls for him to resign for posting the news articles. 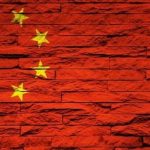 China steps up its censorship techniques

A more sophisticated blocking technique has been in place for at least a week.

Sheriff Falco just managed to keep his job in the face of calls for him to resign for posting the news articles.

China steps up its censorship techniques

A more sophisticated blocking technique has been in place for at least a week.

YouTuber Def Noodles explains why creators have to self-censor

YouTubers have to avoid certain words and topics to stay monetized.

All mainstream social platforms are cracking down on QAnon content in the run up to the election.