Apple claims that Spotify is trying to enjoy all the benefits of the App Store without contributing to the marketplace but fails to address Spotify’s concerns around excessive App Store fees and the monopolistic power of the app store.
Share 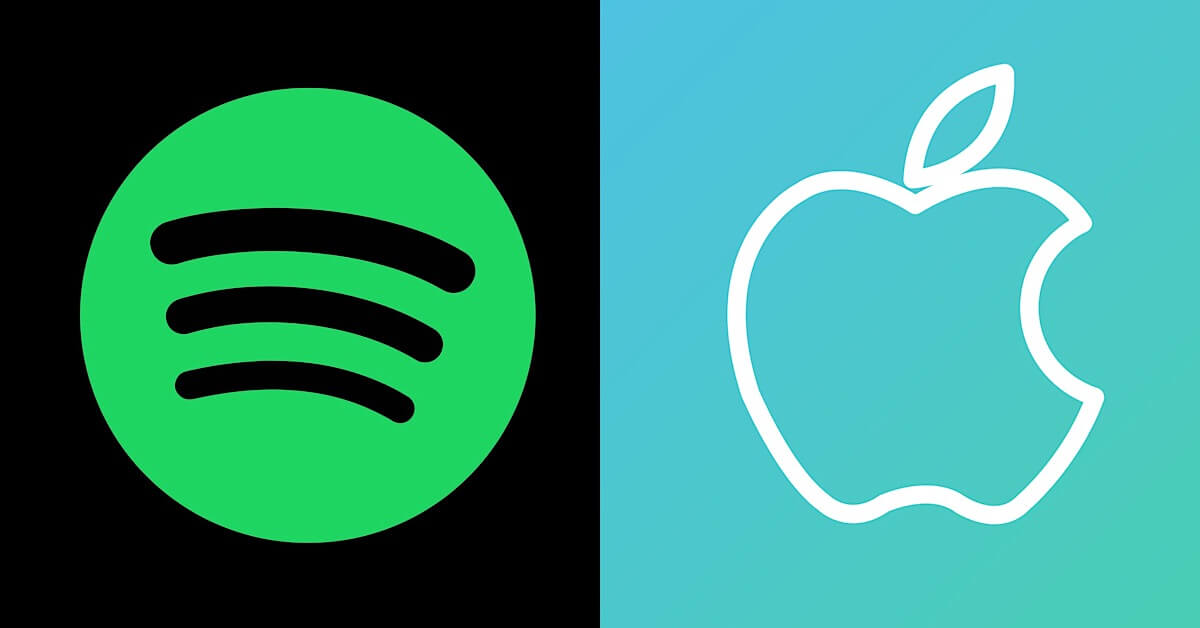 Apple has responded to Spotify’s complaint to the European Commission against Apple in a lengthly statement which fails to address the anti-competitive nature of the App Store, Apple’s 15-30% fee that it charges on in-app purchases of services, or the restrictions Apple often imposes on developers.

Spotify’s complaint focused on the 30% fee that Apple charges to third-party apps when purchases are made through its payment system and suggested that this fee gives Apple an unfair advantage when selling its own services such as Apple Music – a direct competitor to Spotify.

Spotify highlighted how if it chooses to pay this 30% fee, it has to artificially raise its prices above the price of Apple Music. If it chooses not to pay this fee (as it currently does), its communications with customers are restricted, its ability to promote Spotify Premium is limited, and its ability to integrate with all of Apple’s services and hardware is restricted.

Spotify ended its complaint by asking for all apps to be governed by the same fair set of rules, for consumers to have a choice of payments systems in app stores, and for app stores to not be allowed to control the communications between third-party services and users.

Apple’s response to Spotify is lengthly but here are the key takeaways:

1. Apple claims that Spotify is trying to enjoy the benefits of the App Store without contributing but doesn’t back up these claims

Apple begins its statements on Spotify by saying:

After using the App Store for years to dramatically grow their business, Spotify seeks to keep all the benefits of the App Store ecosystem — including the substantial revenue that they draw from the App Store’s customers — without making any contributions to that marketplace.

Apple then doubles down on this sentiment later in the statement by saying, “Spotify wants all the benefits of a free app without being free” and “Spotify is asking to keep all those benefits while also retaining 100 percent of the revenue.”

While this is one way to interpret Spotify’s complaint, there’s nothing in Spotify’s statements that suggests it’s trying to get a free ride in the App Store.

Instead, Spotify seems to be highlighting that the 30% fee is too high and should be lowered and that by allowing alternative payment providers in the App Store, there would be more competition which would incentivize Apple to lower its fees.

2. Apple claims that it isn’t blocking Spotify’s apps without addressing their specific concerns

Apple cites multiple examples of how it has helped Spotify integrate its service with Apple’s hardware and software:

Let’s clear this one up right away. We’ve approved and distributed nearly 200 app updates on Spotify’s behalf, resulting in over 300 million downloaded copies of the Spotify app. The only time we have requested adjustments is when Spotify has tried to sidestep the same rules that every other app follows.

We’ve worked with Spotify frequently to help them bring their service to more devices and platforms:

However, while Spotify and Apple seem to have different interpretations of how some events transpired, Apple does nothing to address many of Spotify’s specific concerns – most notably that Apple makes it more difficult for consumers to use Spotify on Apple’s HomePod hardware.

The fact that Apple has helped Spotify with some integrations also doesn’t disprove Spotify’s claim that Apple is using the App Store to gain an unfair competitive advantage with Apple Music.

3. Spotify doesn’t mention that Apple’s fee drops to 15% after the first year

Apple’s best point in its response is that Spotify is being misleading by failing to mention that Apple lowers its 30% fee to 15% after the first year:

The only contribution that Apple requires is for digital goods and services that are purchased inside the app using our secure in-app purchase system. As Spotify points out, that revenue share is 30 percent for the first year of an annual subscription — but they left out that it drops to 15 percent in the years after.

While this is true and Spotify should have represented this accurately in its complaint, the main point still stands – Apple’s fees are excessive and give Apple Music an unfair competitive advantage. A 15% fee still forces Spotify to artificially raise its prices above Apple Music.

4. The App Store’s monopoly has helped Spotify grow its business

Apple makes another good point when it talks about how the App Store has allowed Spotify’s business to thrive:

Spotify wouldn’t be the business they are today without the App Store ecosystem, but now they’re leveraging their scale to avoid contributing to maintaining that ecosystem for the next generation of app entrepreneurs. We think that’s wrong.

However, by making this statement, Apple is indirectly supporting Spotify’s complaint by showing the scale and power of the App Store.

The statement highlights that consumers have to use the App Store to access third-party services on iOS devices, that this App Store has the power to make or break a business like Spotify, and that this App Store could be used to give Apple an unfair competitive advantage.

For now, Apple and Spotify are at a standoff. Spotify claims Apple is giving itself an unfair competitive advantage, Apple claims Spotify is trying to get a free ride, and neither company is backing down.

However, they are bringing more attention to an issue that has been bubbling up over the last month – big tech monopolies and anti-competitive practices.

Many big tech companies are responding to this increased pressure and scrutiny by taking actions that would reduce claims of anti-competitiveness against them. For example, Google recently added the competing search engine DuckDuckGo to its Chromium browser and Amazon recently ended its policy of stopping third-party sellers lowering their prices on other sites.

As the pressure and scrutiny of big tech continues to rise, Apple may soon be forced to follow in Apple and Google’s footsteps and change its policies to avoid further allegations of anti-competitive practices.