The Twitter account of Arron Banks – businessman, pro-Brexit donor, and founder of Leave.EU – has been hacked and personal direct messages from the account have been posted by the hacker.

“I became aware last night that my Twitter account had been hacked and that persons involved have posted personal data obtained illegally via Twitter. The matter has been reported to the police,” Banks said in a statement.

“Twitter were notified 12 hours ago, and despite repeated requests they have taken no action to deactivate the account or remove the illegal data downloads,” the prominent Brexiteer said.

Echoing what many have been suggesting in recent months, Banks attacked Twitter’s security and how it deals with protecting personal data – saying, “Despite the obvious lack of security at Twitter relating to personal data, they have deliberately chosen to leave personal data in the public domain.”

Last night, the hacked account posted a string of numbers that didn’t make sense to Twitter users. At this time, there was little indication that the account had been hacked. 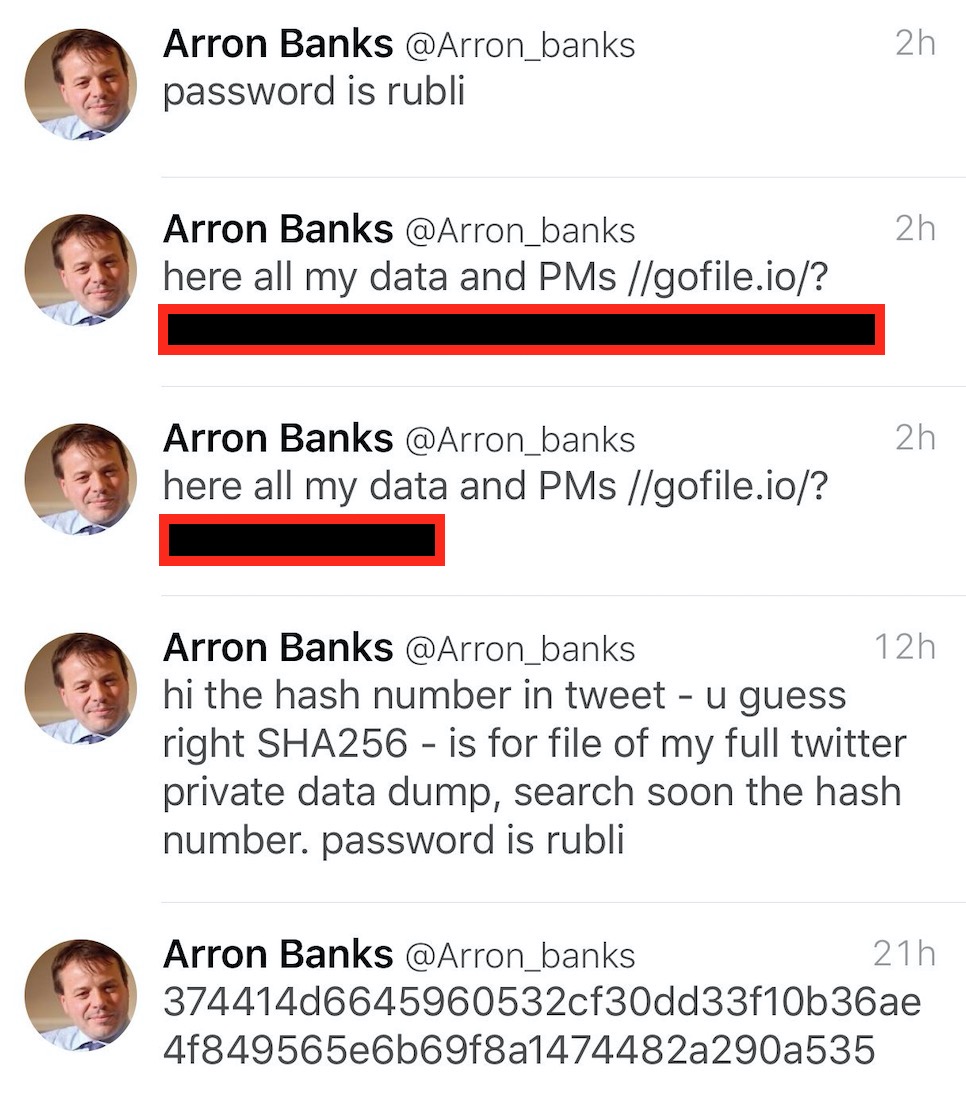 But soon after, another Tweet said, “hi the hash number in tween – u guess right SHA256 – is for file of my full Twitter private data dump, search soon the hash number. password is rubli”

A file containing what appears to be all of Banks’ Twitter DMs was posted by the hacked account itself saying, “here all my data and DMs” with a link to files hosted on gofile.io and Mega.co.nz.

Twitter eventually shut down the @Arron_Banks account – but many hours after the information and link to the file was left up.

The communications director of Leave.eu, Andy Wigmore tweeted an image that appeared to show a message that was received from Twitter, showing how they were unable to grant Banks access back to his account as they couldn’t verify that he was the real owner. Wigmore tagged The Metropolitan Police and the Information Commissioner’s Office. 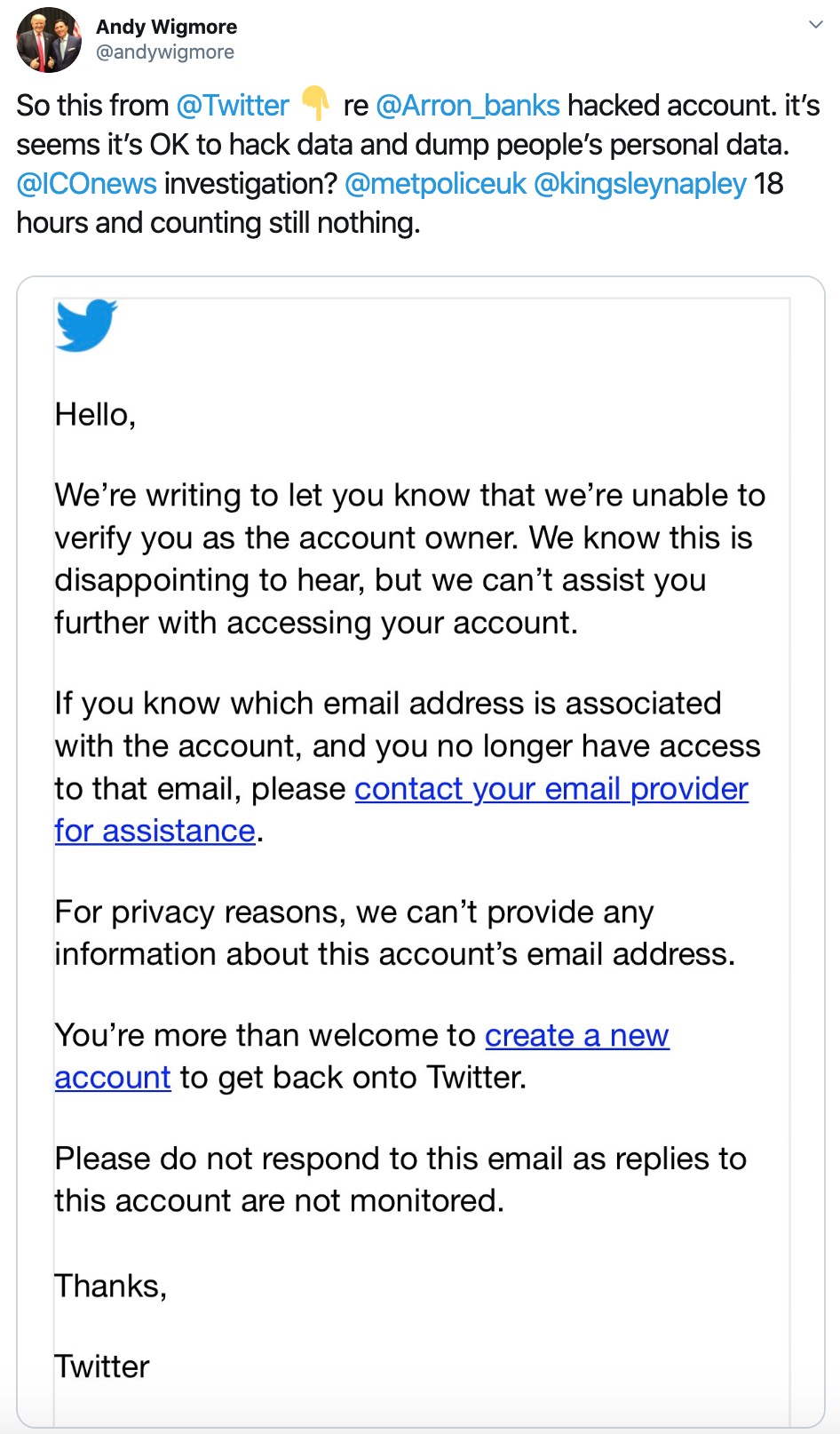 Twitter has come under file in recent months for its lack of security in a spate of hacking attempts that came from a “Sim Swap” attacks – an attack whereby malicious actors can get access to an account by taking over the target’s phone number and using it to reset the account.

A series of YouTubers and actor Chloë Grace Moretz were targeted using the technique and the CEO of Twitter, Jack Dorsey, himself was a target and had his own Twitter account overtaken by hackers.