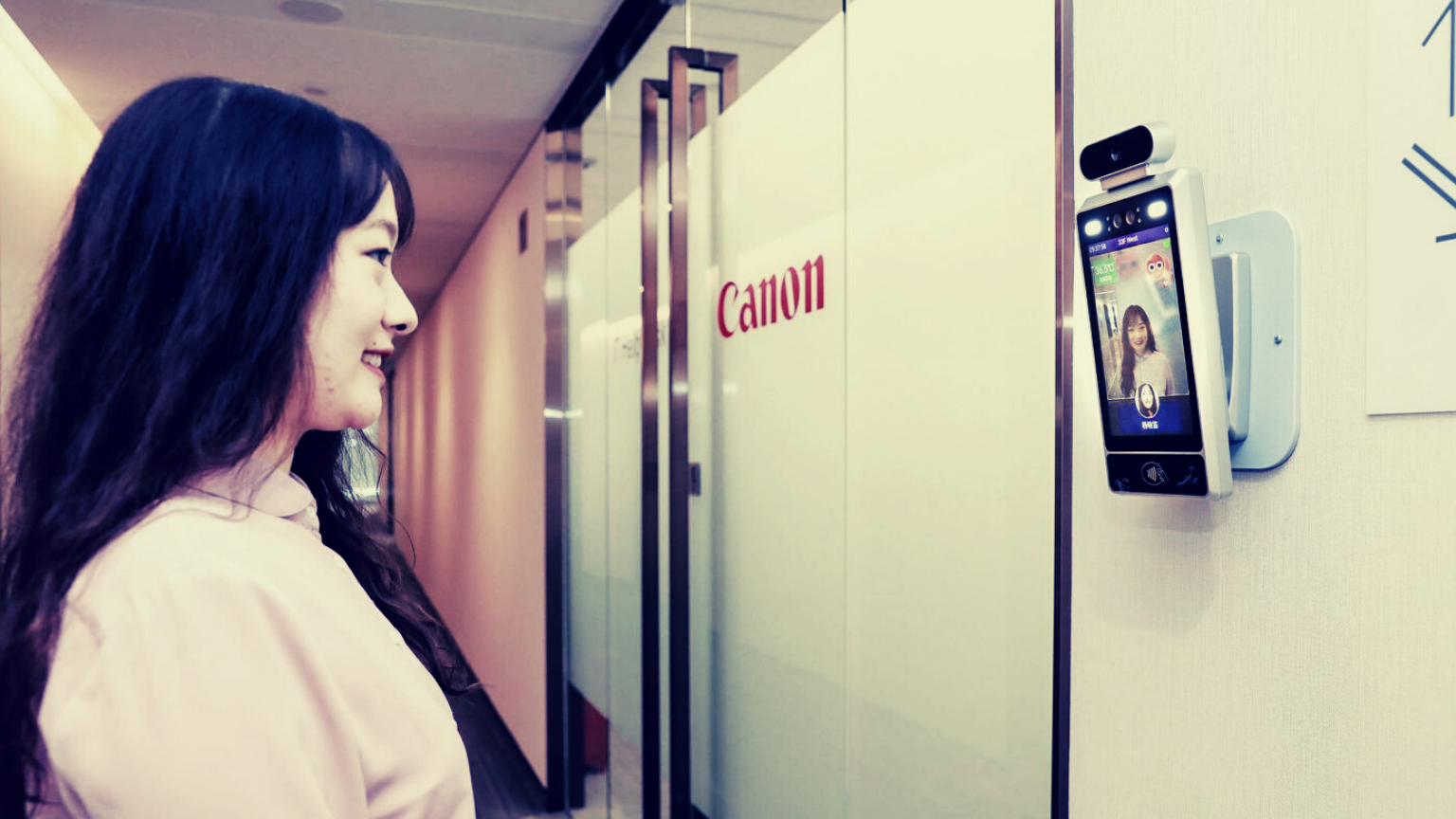 It was a major component of the early Soviet agitprop – in the 1920s and 1930s – just as many people were perishing in political purges or famines. To this day, many Eastern Europeans mistrust or dislike well established “social graces” of the West – like smiling for no reason at absolute strangers – as something to reflexively recoil from. Not because it’s bad in and of itself – but because in their experience, it’s highly likely to be fake.

Today, the Soviet Union and its European bloc is long gone in geopolitical terms, Russia has managed to resurrect itself as a power very far removed from the former ideology – but that doesn’t mean the ethos, and in particular the propaganda that emerged in the early days of Communism is altogether gone in the modern world.

With that in mind, consider China – but also, Japan-based Canon manufacturer, that is deploying artificial intelligence-powered cameras in Chinese workplaces to suss out “unhappy” employees. Never mind that they might be perfectly happy, but merely focusing on the task ahead instead of “smiling for the camera”: Canon’s Chinese subsidiary Information Technology wants to see that smile, or else.

The story is more nuanced in the modern age, too, as can be expected: it’s not really about the authorities projecting an inauthentic image of the people under their control – it’s more of an inward operation, as a corporate management project, and discipline their employees.

“Workers are not being replaced by algorithms and artificial intelligence. Instead, the management is being sort of augmented by these technologies,” King’s College London academic Nick Srnicek told the Financial Times. Srnicek chose to liken the phenomenon to another historic development – an opposite to how the 18th century industrial revolution worked to empower workers using machines, instead of the other way round, these days.

Whatever the historic precedent you might prefer, or is close to you culturally – there’s more in the modern era that might concern you – it’s not just China that uses similar tech.

“Countries like the US and UK are just as culpable. Amazon is perhaps the prime example of this dynamic: it’s known for squeezing every ounce of effort from its warehouse workers at the expense of their health, and even ranking their productivity using algorithms before firing those at the bottom of the scale,” the Verge writes.