No one can agree on what it is, but France wants it banned.
Share

Various governments around the world are heaping more pressure on internet platforms to police content, and do it very quickly.

One way to exert pressure is the threat of legislation and resulting legal punishment.

In France, a law is in the works to “stop online hate speech.”

The nation’s parliament will start debating the bill on Wednesday, the report said, noting that unlike the United States, France already has laws regulating hate speech.

But those pushing for more legislation argue that the existing rules are outdated and do not properly pertain to the digital age.

The idea to introduce new rules came from French President Emmanuel Macron, who launched the initiative a few months ago in the context of the rise of antisemitism.

If lawmakers support the bill, online platforms would have to decide whether to remove content marked by their users as “hate speech”, and do it within 24 hours.

Fines would go up to 1.25 million euros, while “officials” – presumably executives – of tech companies could also be sent to prison for a year, and ordered to pay up to a quarter of a million euros.

And repeat offenders could see up to four percent of their global revenues seized.

The newspaper says the range of the offensive content that would have to be removed is “broad”: “Any message that attacks someone on the basis of race, religion, sexual orientation, nationality, gender identity or disability; propaganda tied to terrorism or war crimes; and harassment.”

With the law, France would join Germany, that is already issuing fines under similar new restrictive legislation.

Those criticizing the bill worry that tech companies are ill-equipped to carry out this type of “moderation” – some are calling it simply censorship – and will err on the side of hurting free speech.

Lawyer Christophe Bigot questioned the wisdom of entrusting this type of decisions to an online platform’s employee tasked with evaluating flagged content.

“They won’t take the risk of exposing their employer to a penalty equal to four percent of its revenue,” Bigot observed.

Others would rather see existing laws reinforced with more money and “human resources.”

And law professor Anne-Sophie Chone-Grimaldi wondered in an op-ed in the Paris daily Le Monde why the authorities should go after these platforms instead of the authors of what is determined to be hate speech.

She also recalled that in France, “laws exist that enable the judicial authority to seek the identity of the author of a message when it is unknown, and to inflict heavy penalties.” 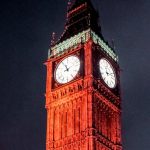 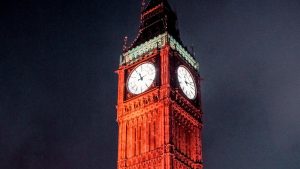