Facebook suspended the page of a Republican congressman, calling his page “spam.” The conservative legislator has been sharing COVID-19 posts, promoting opinions that are against the CDC and WHO guidelines and so Facebook has retaliated against the lawmaker.

Facebook did not respond to Christensen’s email, asking about the suspension.

The lawmaker, who has been in office since 2018, is an outspoken conservative who has been one of the loudest critics of Idaho’s government response to the pandemic. He opposes the mask mandate, the closure of businesses, and other restrictions put in place.

Facebook has flagged some of his posts as false information. His latest to be flagged as misinformation was an October 19 post where he included a link to a YouTube video of the American Frontline Doctors, a group of medical specialist who held a summit in July where they promoted hydroxychloroquine as a treatment for COVID-19. 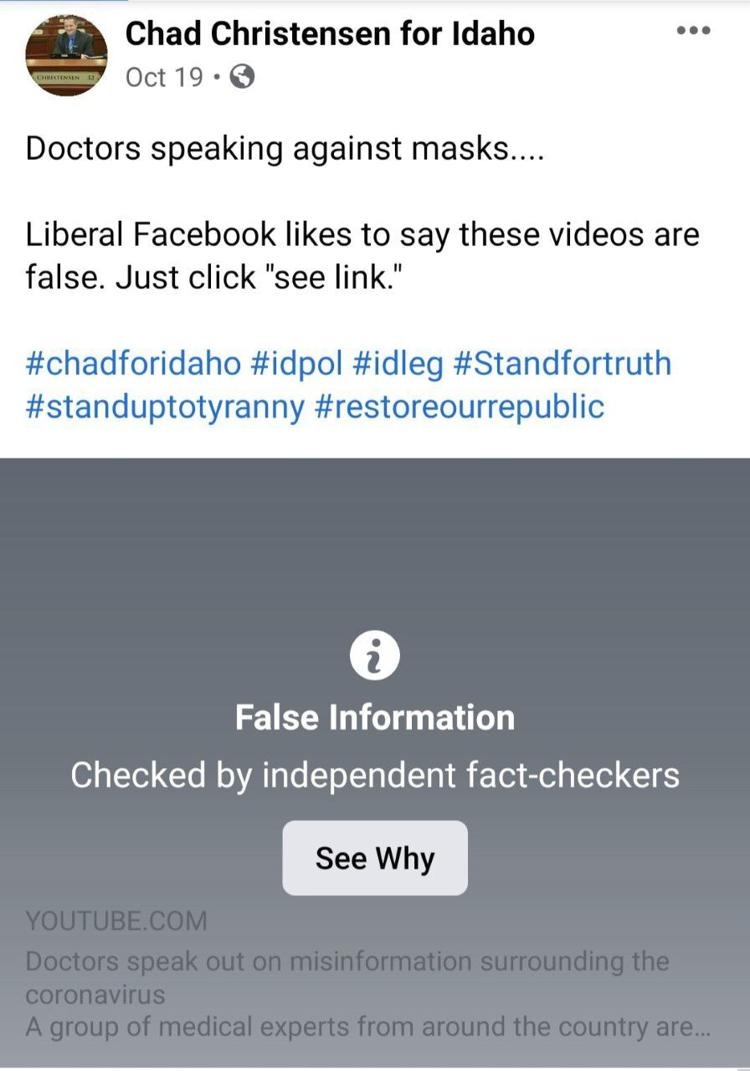 Facebook’s fact-check label on Christensen’s post said, “a growing body of scientific evidence supports the use of face masks by the general public for reducing the spread of COVID-19.”

According to Christensen, Facebook is merely trying to suppress alternate views since the video he shared features medical experts who referenced studies to support their claims.

The suspension is preventing Christensen from communicating with his constituents. “I’m a legislator. I use Facebook a lot to talk to my constituents, and they talk to me that way. It’s a big part of my politics with them,” he said.

He added that the timing of the suspension was suspicious. It happened the same day a senate committee grilled Facebook CEO over the content moderation policies of his platform. Social media content moderation policies are a bipartisan issue. However, Democrats feel the platforms continue to allow “hate-speech” and misinformation to prevail on the platform. On the other hand, conservatives feel these platforms implement relax on their moderation of political speech.

Social media companies, including Facebook, seem to be responding to Democrats. This year, Republican politicians, including President Trump, have seen some of their posts labeled as false information, misleading, hateful, or incitement to violence.

“I just wish they would be more fair in their dealings with their customers,” said the state representative, who is seeking re-election, to the local Post Register.