In China, smart locks are being used to track citizens and enforce lockdowns

The Chinese Communist Party has found a new way of controlling the population with smart locks. These locks are becoming a mandatory requirement for residential properties under the pretext of increasing safety and preventing the spread of the coronavirus.

The high-tech locks are slowly being introduced in residential properties in various parts of China.

In April, the Public Security Bureau of Zhuji (a county-level city under the administration of the prefecture-level city of Shaoxing in Zhejiang province) ordered that all residential communities should have installed smart locks by the end of September.

The purpose, according to the authorities, is to collect information to be analyzed and used for advanced “massive investigation and transformation” to control the migrant population.

The smart lock technology helped the police and medical staff in apprehending a woman who was coming to her house in Zhuji after visiting her folks in Shaanxi province.

To unlock her door, she had to use a smart lock, which is connected to the city’s database on the migrant population. The database uses an individual’s personal information, health history, and travel history to determine if they are a risk of spreading the coronavirus. 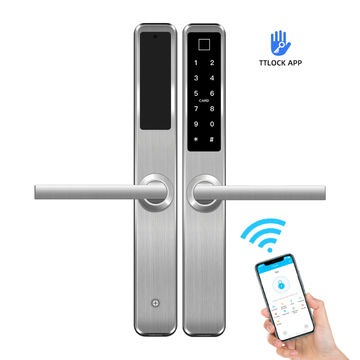 Her recent travel outside Zhejiang province was flagged, and the police and medical staff came immediately to ascertain that she self-isolates.

Speaking to Bitter Winter, a police officer overseeing the installation of smart locks confirmed that the public security bureaus have access to all the information the devices collect. They know who enters a specific residential community and when.

“The government is tightening control over citizens, and that is why they want to install these smart locks,” the officer said.

The officer also said that after the technology is successfully implemented in Zhuji, it will go to other areas of Zhejiang and, eventually, the whole of China.

The public is not too thrilled about smart locks. In Diankou, a town in Zhuji, residents told Bitter Winter that they were unhappy that they were being forced to install the 400 Yuan ($58) smart locks on rental properties else they are forbidden from renting. One resident was particularly annoyed for getting locked out of his rental apartment because he forgot his smartphone.

A police officer claimed that most people are “irritated” by the smart locks and that he finds supervising their installation as a duty that is “very difficult to perform.”

The Zhuji Public Security Bureau uses propaganda to put an end to such dissatisfaction. The propaganda sells the smart locks as a benevolent technology meant to increase community safety by limiting the spread of the coronavirus.