Instagram has announced that it’s started testing hiding like counts for users worldwide. Instagram has previously tested hiding likes in several different countries and today’s announcement suggests that the company is on the verge of officially removes public like counts from the app and making it impossible for users to see which posts are truly popular.

Users who are part of this test will only be able to see likes on their own posts but won’t see a total like count. Instead, they’ll be shown a list of the users that have liked the post.

While the feedback from early testing in Australia, Brazil, Canada, Ireland, Italy, Japan and New Zealand has been positive, this is a fundamental change to Instagram, and so we’re continuing our test to learn more from our global community.

Instagram says it’s making the change because it wants people to feel comfortable expressing themselves on the platform.

However, the change prevents users from seeing which posts are truly popular and unpopular. This makes it easier for Instagram to promote content that it approves of and suppress content it wants to hide without getting public pushback from its user base. 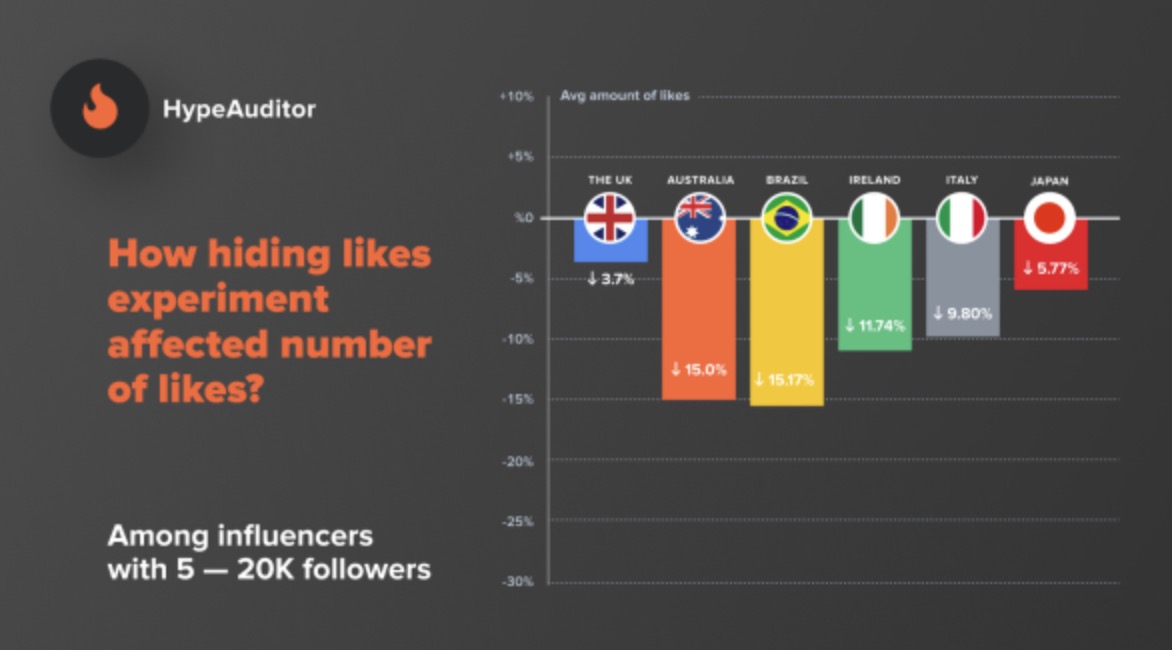 Instagram says it’s “actively thinking through ways for creators to communicate value to their partners” but currently hasn’t provided any specific solutions.

In addition, we understand that like counts are important for many creators, and we are actively thinking through ways for creators to communicate value to their partners.

The changes and the collateral damage to creators reflect the words of Instagram CEO Adam Mosseri who said last week: “We will make decisions that hurt the business if they help people’s well-being and health.”

Twitter recently announced that it plans to let users block retweets, mentions, and more in 2020. These changes are likely to limit total engagement on Twitter when they’re introduced.

YouTube has also announced sweeping changes to its platform from today where it will be disabling comments and notifications on content that is deemed to be made for kids. Machine learning will be used to decide whether some content is made for kids which means millions of videos could potentially be blocked from having publicly available comments.