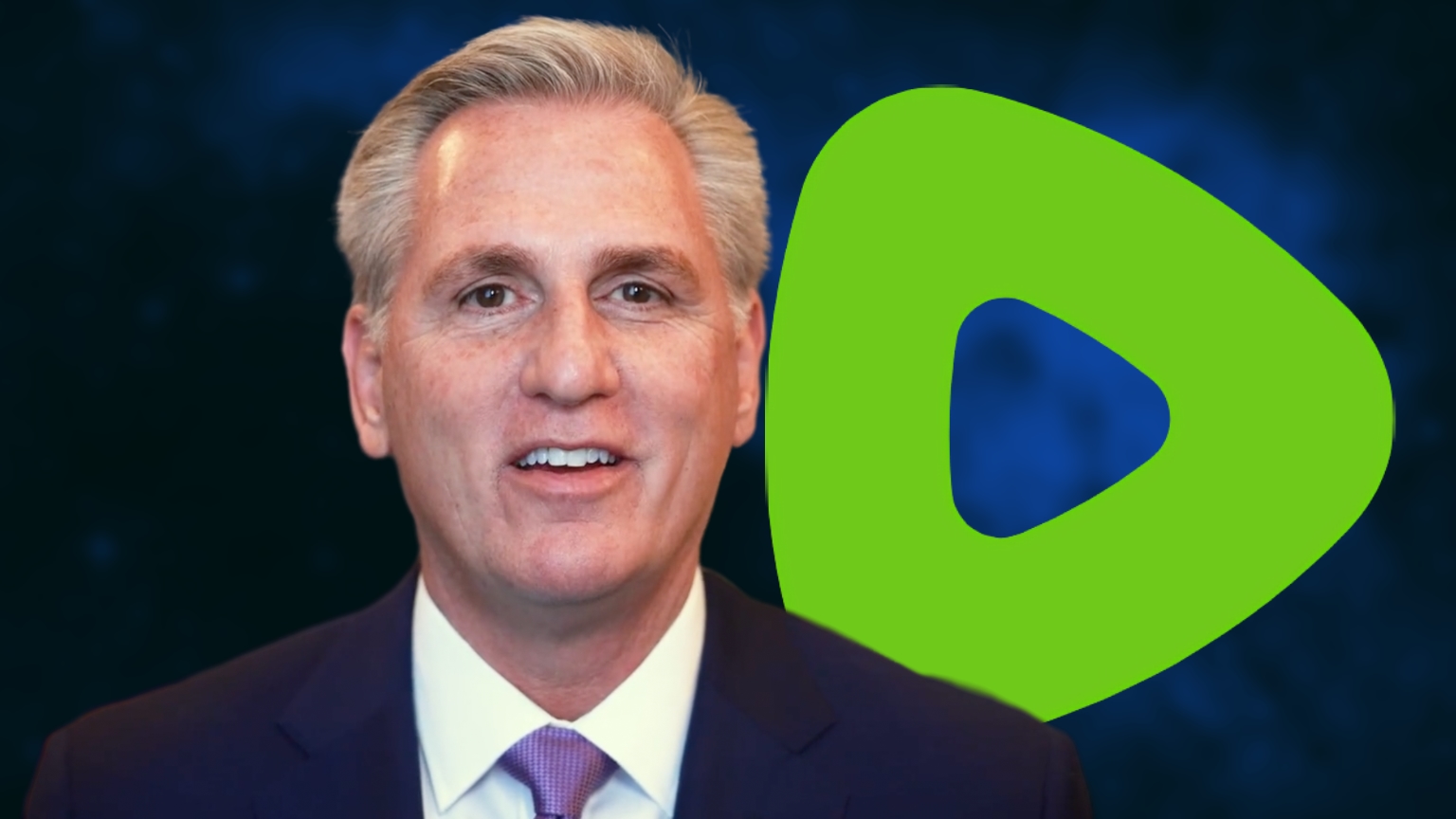 House of Representatives Minority Leader Kevin McCarthy has made free speech video sharing site Rumble his preferred platform and will be posting exclusive content to his Rumble channel.

McCarthy started posting to Rumble on December 31, 2021 and already has over ten thousand followers. He will be hosting several live streams on his Rumble channel this week, including today and tomorrow.

“I&rsquor;m the Republican Leader of the House of Representatives, so I know what it means to be on the receiving end of Big Tech’s bias, censorship, and cancel culture,” McCarthy said.

He added: “Now more than ever, freedom-minded Americans across the country find themselves looking for a platform to uninhibitedly share ideas and content. On Rumble, I, along with every other user, can disseminate information, learn new things, and share unique ideas without fear of being censored or deplatformed. That is how it should be in America.”

Rumble CEO Chris Pavlovski welcomed McCarthy to the platform and noted that “his choice to use Rumble as his preferred platform shows how we have rapidly become an important platform for America’s political leaders.”

McCarthy&rsquor;s embrace of Rumble follows him embracing other Big Tech alternatives such as the social media platform GETTR which he joined shortly after it launched.

McCarthy joins other big names that Rumble has added to its roster with high-profile journalists, comedians, and commentators also adding their content to the platform over the last year.

Rumble&rsquor;s policy of fostering “dialog, debate and opinions” and allowing discussions that are banned by Big Tech platforms is one of the main reasons creators have embraced Rumble and this policy has also helped it achieve record levels of user engagement.

And the free speech platform is using the momentum it has with video to build alternatives to other Big Tech services such as ads (via its own ad marketplace), cloud hosting, payments (via a partnership with the Dan Bongino backed payment processor Parallel Economy), and subscriptions (via an integration with its community generation platform Locals).