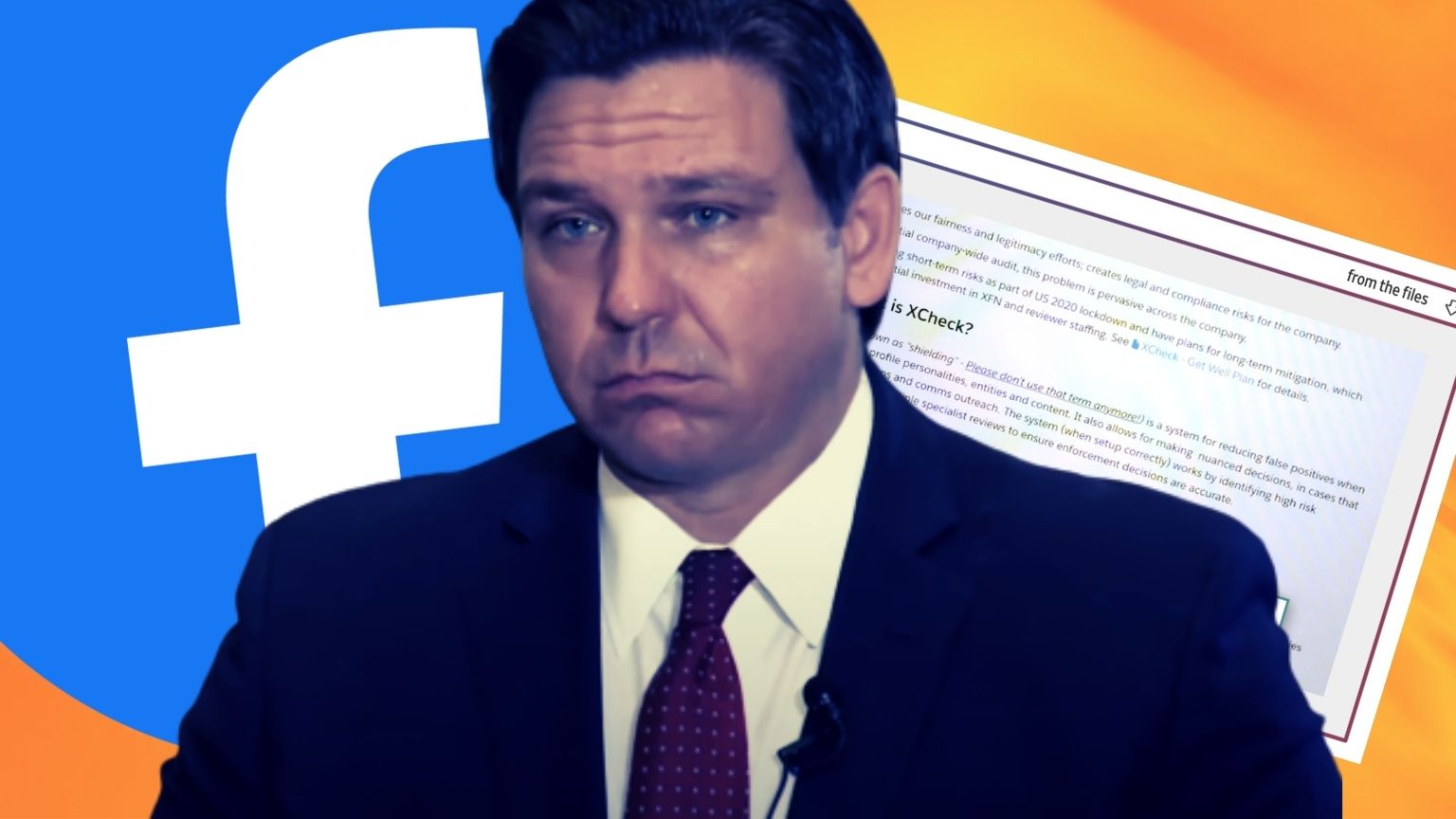 Florida Governor Ron DeSantis is continuing with attempts to hold Big Tech’s feet to the fire, this time by asking for an investigation into one of Facebook’s shadowy practices that has recently come to light – giving preferential treatment to high-profile users.

The governor suspects that if the policy in question exists, it amounts to election interference carried out with impunity – if it turns out that some candidates have been favored over others, and given privileged status.

The Wall Street Journal recently reported, citing internal Facebook documents that looked into the giant’s XCheck (“cross check”) program, that the social media site with some three billion users has a two-tier system of enforcing its own rules. It is allowing about 6 million of them – politicians, athletes, and various celebrities – to get away with behavior that would otherwise result in censorship and deleted accounts.

This egregious example of elitist discrimination got the attention of DeSantis, who wants Florida’s Secretary of State Laurel Lee to look into the matter and find out if XCheck violates the state’s election laws.

“If this report is true, Facebook has put its thumb on the scale of numerous state and local races in a disturbing and concealed fashion,” DeSantis wrote to Lee.

Announcing the letter, he also makes a point of Big Tech’s long tradition of enforcing their guidelines inconsistently, adding that Floridians should know how their elections are influenced by the giant – and stressing that the people have the right to choose their representatives, “whether or not Silicon Valley approves.” 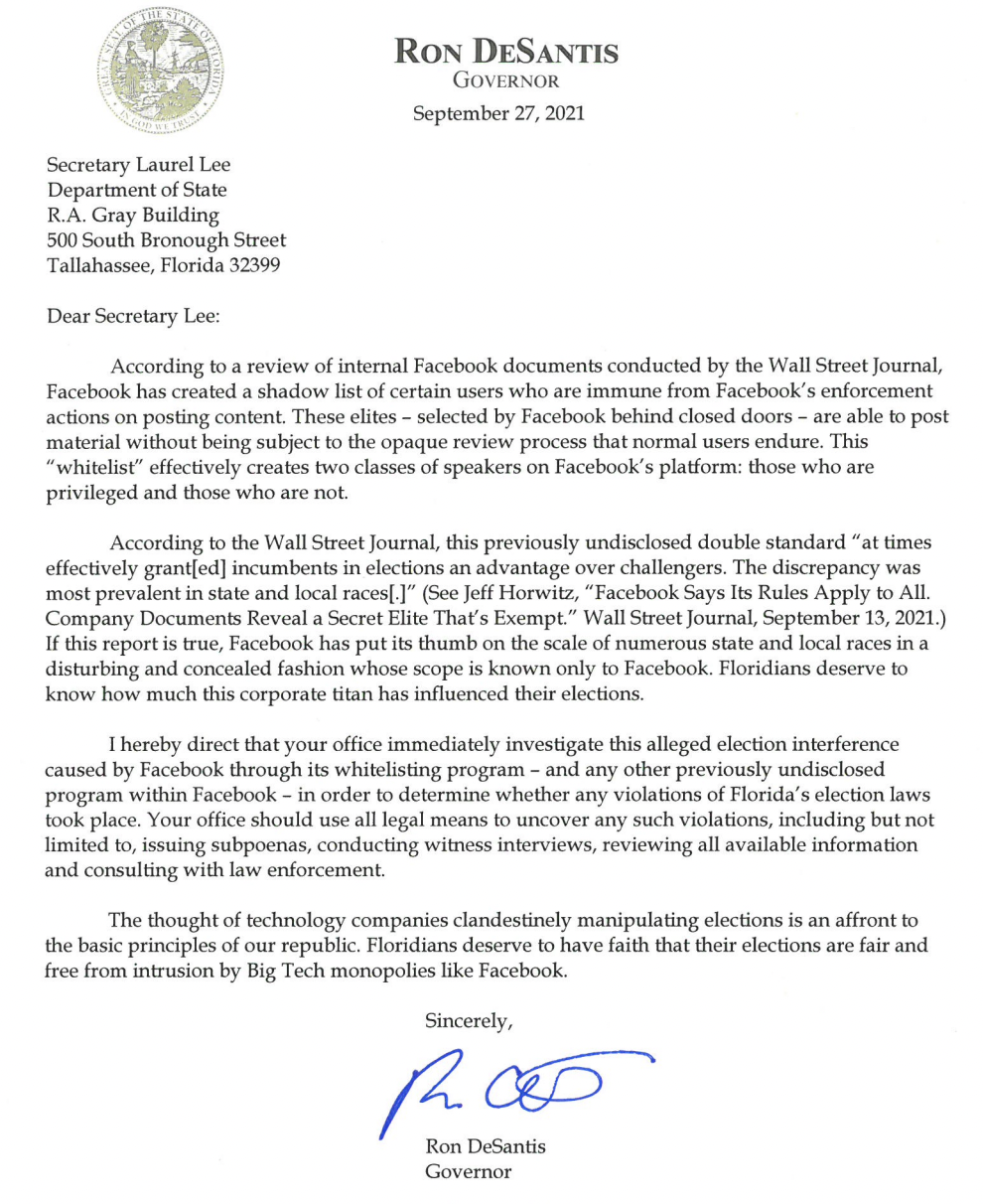 DeSantis said that Floridians deserve to trust the legitimacy of their elections while corporate Big Tech behemoths should be held accountable in case they undermine those votes.

The Florida governor is no stranger neither to strong criticism of Big Tech, nor to coming up with initiatives to contain what the Republican sees as these companies’ undue power and influence.

One such initiative is a new state law designed to fine social media giants who delete accounts of political candidates for state or local office in Florida. The law was supposed to come into force in July, but was granted preliminary injunction by a US district judge, after NetChoice, a lobbying firm representing Facebook, Twitter and others, and the Computer and Communications Industry Association complained, saying the legislation was unconstitutional.