If you're tired of the destruction of digital civil liberties subscribe to Reclaim The Net.

Iran is among those countries that look suspiciously at open source and strongly encrypted messaging app Signal – in fact, so much so, that the app just got blocked there.

Early reports last week said Signal was blocked, and this is now effectively confirmed by the app itself as it’s instructing its users on how to set up and use TLS proxies as a temporary workaround.

Iran’s government is said to be clamping down on Signal because of the end-to-end encrypted that won’t let it, or any other third party spy on conversations happening on the platform. And yet, Facebook’s WhatsApp that has the supposedly has the same feature is among only two major foreign social media networks allowed in Iran – the other being Facebook’s Instagram. Interesting.

But the huge migration of users from WhatsApp to apps like Signal and Telegram that happened early this year also included people in Iran.

Fed up with Facebook’s policies and specifically with privacy policy changes affecting WhatsApp, they flocked to alternatives. Reportedly, it was precisely this rise in popularity that made Tehran pay attention to Signal, and block all of its traffic.

The way Signal decided to help users in Iran continue to have access to the app is by updating its beta version for Android to support TLS proxies, reports Decrypt.

The same piece of tech that is normally used as protection from DDoS attacks is implemented here to divert traffic back to Signal. Signal is also instructing users how to set up these proxies, and asking them to share the news using the #IRanASignalProxy hashtag.

According to a blog post from Signal, launching new proxies is easy when the one in use gets blocked, but they continue to look for other techniques that would help Iranian users bypass government censorship.

“We want to do everything we can to make things as difficult for Iranian censors as possible,” the blog post declared.

Users in Iran started reporting difficulties in using Signal on Monday. The company behind the app then announced they were looking for ways to circumvent censorship, saying in a tweet, “Iranian people deserve privacy. We haven’t given up.”

Iran’s authorities reportedly opted for the block because of “criminal content” on the app, but did not at the time officially confirm the ban. 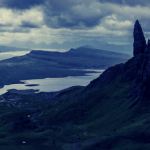 The law is a threat for free speech. 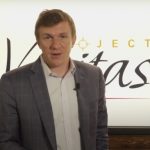 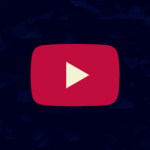 YouTube continues to suppress creators to the benefit of giant corporations

The law is a threat for free speech.

YouTube continues to suppress creators to the benefit of giant corporations

It was only a matter of time.

The crackdown on private conversations continues.