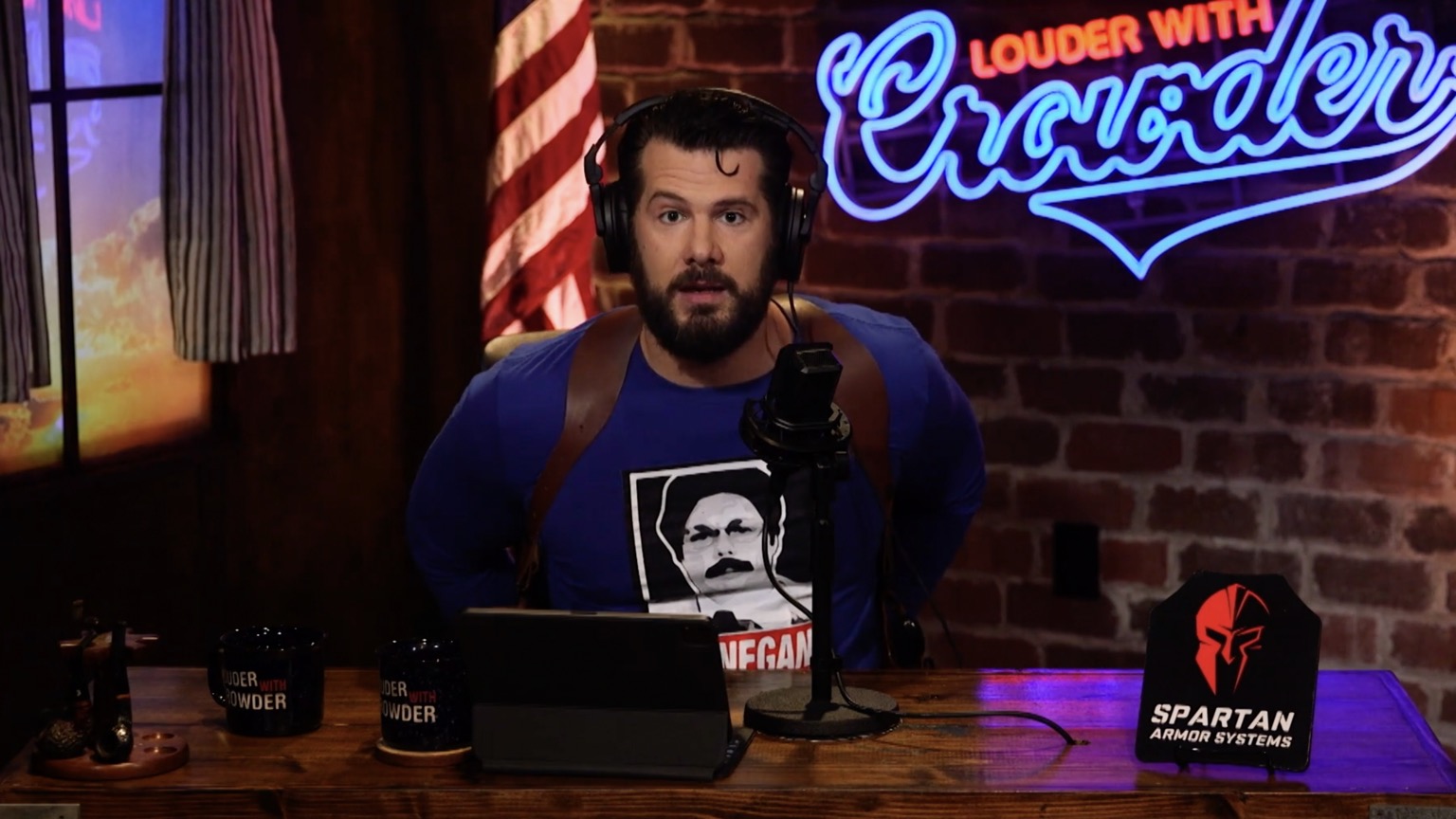 Crowder is currently serving a two week suspension from YouTube after the tech giant flagged several of his videos, the latest being a video where he covered the Columbus police shooting of Ma’Khia Bryant and described it as “an example of a justified police shooting.”

Crowder’s YouTube channel is now just one strike away from being permanently deleted and he praised Rumble for providing an alternative platform that doesn’t censor his videos.

“This free content right now is not on YouTube, it’s just here on Rumble,” Crowder said. “And it will be available on Rumble even when we’re back on YouTube because, you know, they don’t kick us off for saying that police have the right to defend themselves when being stabby stabbed.”

Crowder’s debut video on the platform was a huge success and generated over 100,000 views.

These recent additions are complemented by many other creators who have been building a strong presence on the platform including Executive Vice President of the Trump Organization Donald Trump Jr., conservative commentator and Rumble investor Dan Bongino, and former White House chief strategist Steve Bannon.

Interviews with former President Donald Trump have also generated millions of views when posted to Rumble after they were censored by Big Tech platforms.

A key factor in Rumble landing these popular creator has been its embrace of free speech and commitment to foster “dialog, debate, and opinions” while other Big Tech platforms censor their users.

This influx of popular creators has helped Rumble to enjoy continuous growth and it recently had its best ever quarter with 4.5 billion minutes of watch time.

Not only is Rumble growing its user numbers and watch time but it also recently received investment from billionaire tech investor Peter Thiel and best-selling author JD Vance. The video sharing platform will use the funds to build out its video infrastructure, expand its live streaming services, and launch cloud solutions for other businesses.