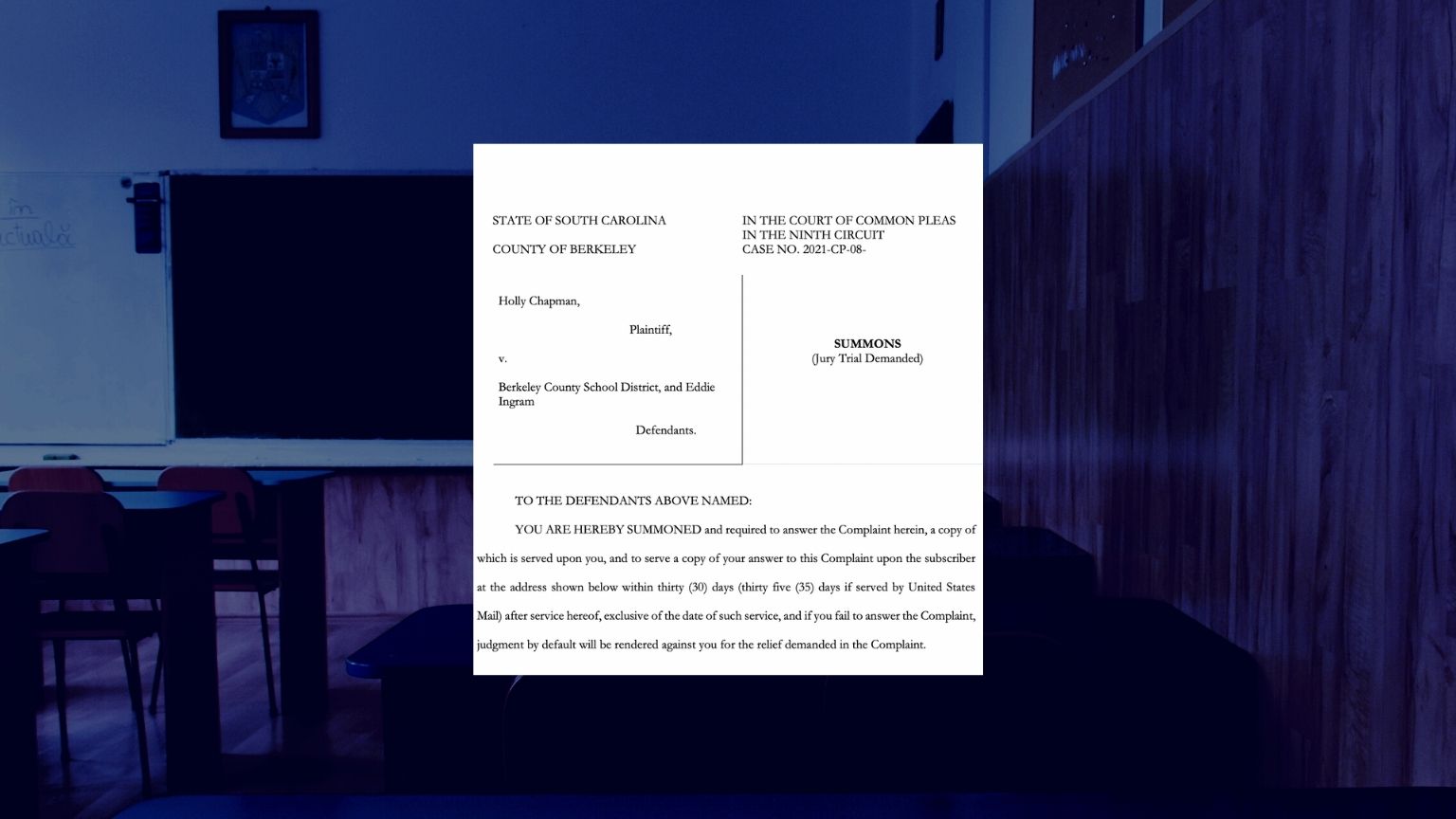 A teacher from South Carolina has filed a lawsuit against the school district board and the superintendent claiming she was forced to resign over a post about mask mandates she made on her personal Facebook account. The lawsuit alleges wrongful termination.

Holly Chapman, a middle school teacher, was an employee of the Berkeley County School District until February this year. She was fired over a video she posted on Facebook criticizing mask mandates.

According to the lawsuit filed against the school district and former superintendent Eddie Ingram, she was asked to resign or get fired for expressing “her political frustrations with perceived government intrusion with respect to COVID mask mandates and protocols.”

She posted the video in December 2020. The suit notes that she was not friends with any of her students on Facebook. Besides, she used a pseudonym on her Facebook profile.

The lawsuit acknowledges that she used a sexual innuendo in the video as “an analogy to government overreach, but the innuendo was not objectively explicit or obscene.”

The suit further argues that before her posts, other teachers in the district, including some in the same school, had posted “sexual innuendo and speech of sexual nature and social media.” The suit specifically cites Chapman’s colleague, who is also a stand-up comedian, who posted “raunchy comedy on her own TikTok account in her name despite being followed by students on that platform.”

The district did not take any action against these other teachers.

“Plaintiff’s speech was less sexual in nature than that of her comedian peer, but contained a political message objecting to governmental interference in personal matters,” the suit states.

In January, a student found Chapman’s video and shared a portion of it on Snapchat. She learned of the Snapchat posting in mid February, a few days before she was summoned by the principal and the district’s human resources officer.

A few days later she says she was told to resign immediately or be fired. She was asked to make the decision immediately and not given time to contact her lawyer.

The suit notes that the school district’s social media policy, last updated in 2018, says that employees “maintain their First Amendment rights to comment on matters of public interest.”

The lawsuit claims that the superintendent notified her that the district would file charges against her with the state board seeking “a separation of employment arising from alleged misconduct.”

“Ultimately, The State Board of Education (effective June 30, 2021) declined to prosecute any charges against Plaintiff’s license because her speech outside of work on a matter of public concern was protected by the First Amendment,” the suit states.

She applied for a job with the Charleston County School District and got an interview but was later contacted to be told that she would not be hired because of “concerns in her file.”

“Internal emails from CCSD dated April 30, 2021, and May 4, 2021, indicated that [Chapman] would have received the position she was seeking at CCSD but for the reference from the [Berkeley County School District], related to [Chapman’s] political speech,” the suit states.

Chapman is filing for wrongful termination and malicious interference against the school district, and malicious prosecution against Ingram. The lawsuit seeks $187,000 in damages, including loss of public service loan forgiveness, and attorney fees.