Despite being protected parody, Trader Joe's is pushing its weight around.
Share 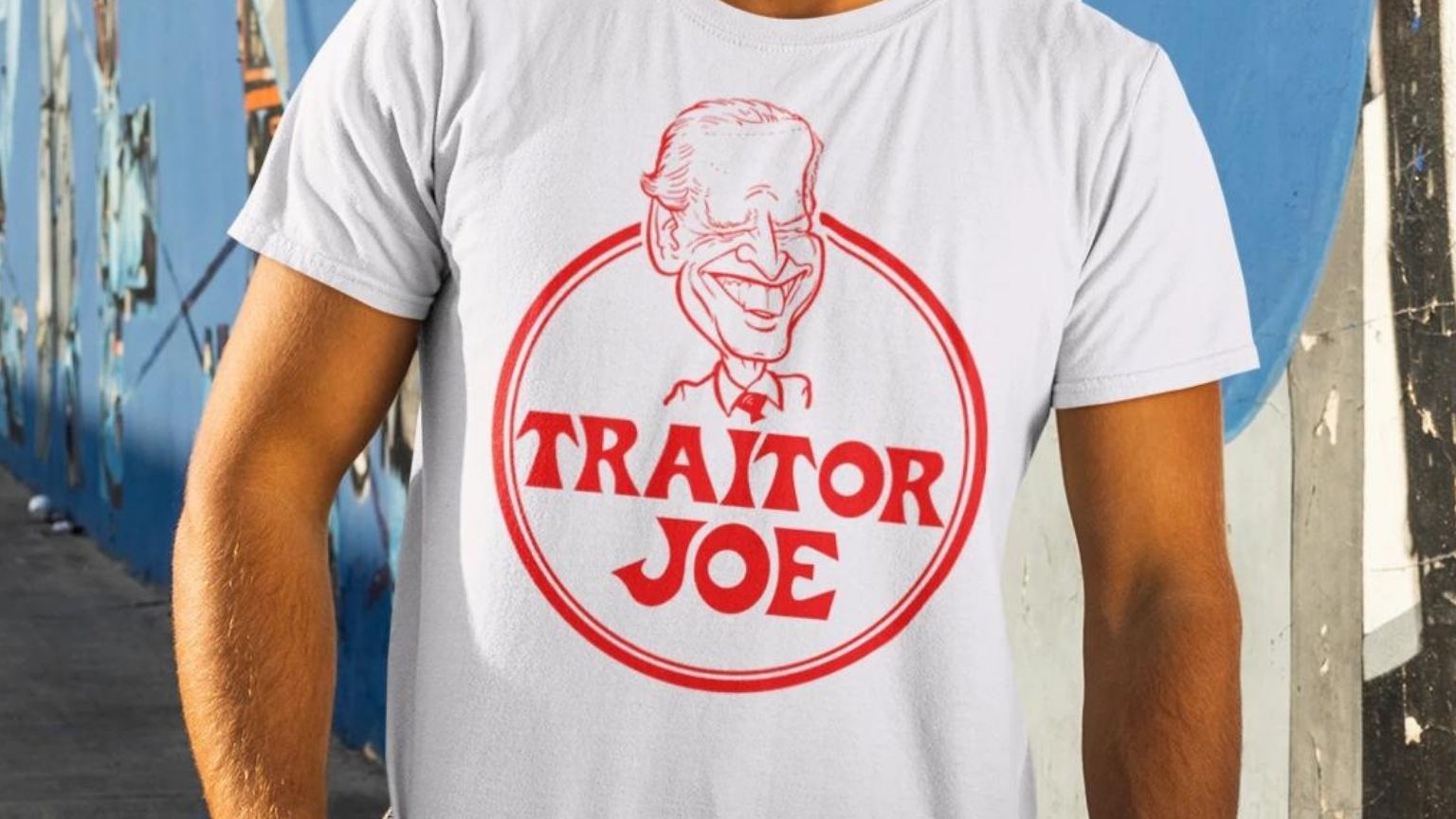 US grocery store chain Trader Joe’s has sent a demand letter to Dan McCall, who operates the Liberty Maniacs website, citing trademark and copyright infringements because he produced a parody of the company’s logo to express political criticism.

The parody image is printed on t-shirts sold on the site that read, “Traitor Joe” – a play on words on the retailer’s name – along with an image depicting President Joe Biden. But Trader Joe’s wants McCall to stop selling the items, citing the alleged infringements.

McCall is known for similar undertakings, when he in the past used humor to show disagreement with various politicians and entities, such as Hillary Clinton, Bernie Sanders, the NSA, and others, TechDirt writes.

As in the past, he is now represented by Paul Alan Levy of the Public Citizen Litigation Group, who has responded to Trader Joe’s letter to refer to accusations as baseless, since the company’s trademark and name were used to produce parody content critical of the president.

At the same time, no trademark infringement has taken place, Levy states in response to Trader Joe’s legal representative Brian Berliner – since “no reasonable person is going to think that your client had any involvement in the creation of this image” or that Trader Joe’s had approved it.

Furthermore, the demand letter itself admits that the effects on Trader Joe’s are negative, making it highly unlikely that its customers might think the store chain was behind the t-shirts or is endorsing them. Levy also notes that the copyright infringement claim is not valid either, since McCall’s site is not interactive and doesn’t contain user generated content.

Levy’s response dismisses the claim that the DMCA applies here citing as yet another reason the fact that although McCall used the same typeface as that in Trader Joe’s branding, fonts themselves cannot by copyrighted.

The letter informs Trader Joe’s lawyer that for these reasons, McCall does not intend to stop selling the t-shirts, or delete the images from the site since he disagrees that they violate the retailer’s rights. Levy informs Berliner that he and his client request a prompt retraction of the threatening letter, and remarks that Trader Joe’s “should not have allowed you to send this bullying demand letter on its behalf.”