Twitter has emerged as one of the most radical social media platforms when it comes to suppressing and censoring information favorable to, or even coming from, President Trump.

This started in the months leading up to the 2020 election, and continues now with what looks like a purge of accounts of those associated with the documentary, The Plot Against the President.

The account for the film, @PATPmovie, had been suspended indefinitely, while according to a statement from its producers, accounts of several of their crew have also been blocked, including those that are inactive. 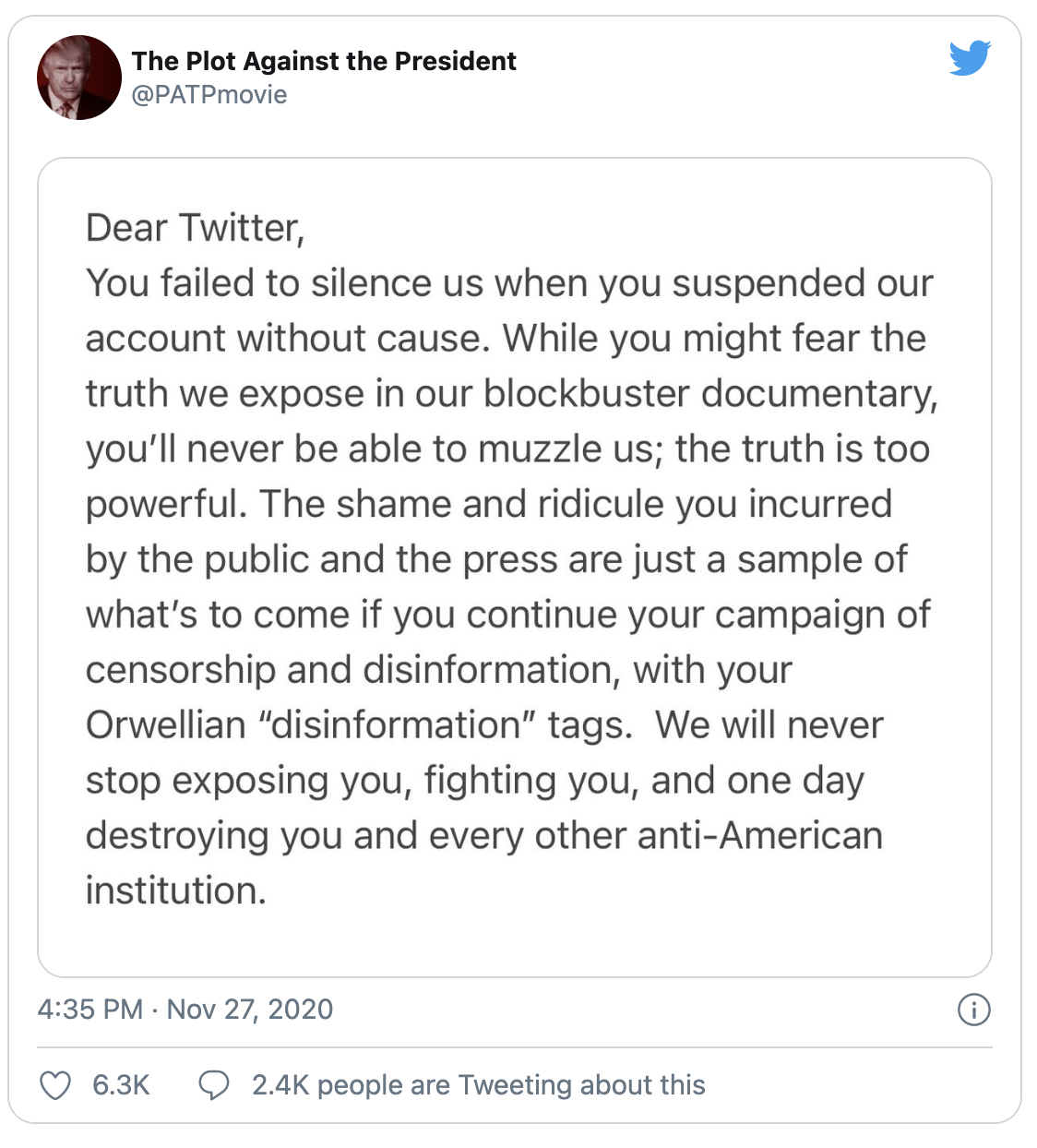 “Twitter needs to tell us and the rest of America why they are censoring us,” the statement said, adding that the film is thoroughly researched and supported by independent sources and congressional testimony.

From this, it appears that Twitter yet again decided to remove content or accounts without providing any concrete reason why.

But the producers think it may be because the social media platform wants to prevent what is described as currently the number one documentary in America from exposing so-called Russiagate “as a giant hoax.”

The documentary, based on Lee Smith’s 2019 book, The Plot Against the President: The True Story of How Congressman Devin Nunes Uncovered the Biggest Political Scandal in US History, remains available to stream on Amazon.

The film, directed by Amanda Milius, features Devin Nunes, Richard Grenell and Donald Trump Jr. and explores what its makers previously described as a slow moving coup that sought to undermine Trump and his presidency, but also the entire country.

In attempting to debunk the accusations that Trump colluded with Russians ahead of the 2016 vote and that this enabled him to win – which continued to be propagated by liberal media throughout his presidency – the documentary looks at another collusion that its authors think is actually true.

It is that between mainstream media, and the so-called deep state. Speaking about her film earlier Milius blamed the media the most, saying that the relentless portrayal of Trump as no more than a Russian asset sowed the seeds of suspicion even among some in his administration, resulting in what she said was “essentially a coup.”

What this means is that Americans’ faith in the media and institutions has been profoundly shaken during the past four years, Milius said.