No one has verified whether the so-called “health worker” actually work at a hospital.

On Sunday April 19, freelance photographer Alyson McClaran and her boyfriend Marc Zenn posted photos and videos of what they claimed to be “nurses” and “health care workers” counter-protesting lockdown protestors in Denver, Colorado.

These photos went viral on social media and were quickly picked up by many mainstream media outlets which repeated the claims that the man and woman in scrubs were health workers.

Nurses blocking anti lockdown protests in Denver is the kind of bad assery that we all should aspire to pic.twitter.com/zkMZaANSk4

I hereby officially announce this year the year of nurses—one of the most economically vulnerable, underappreciated, over worked, and underpaid groups of workers ever. Fucking heroes.

After the photos were posted, some social media users raised doubts about whether the individuals were actually health workers because:

Remarkable scene at 12th and Grant, where two healthcare workers from a Denver-area hospital — they declined to say which or give their names — are standing in the crosswalk during red lights as a “reminder,” they say, of why shutdown measures are in place. pic.twitter.com/7xTjXvGN2E

And now, the photographer behind these viral photos has admitted that she doesn’t actually know whether the individuals were health care workers as she had originally claimed.

“I believe that they are, but regardless of who they are, it’s more about the message they were sending,” McClaran told BuzzFeed News.

It has so-far proved impossible to verify whether the individuals worked at any local hospitals.

CNN, which described the individuals as “health workers,” also stated in its article that the man and woman “were not identified.”

Despite these health worker claims being unverified, many mainstream media outlets ran with them anyway and used the premise that these individuals are health workers to create the narrative that the lockdown protestors are against health care workers.

While it’s possible that the individuals in these photos and videos are health workers, mainstream media outlets have a track record of using unverified claims to build narratives that later fall apart with the Covington kids encounter and the Jussie Smollett fiasco being two prime examples of this. 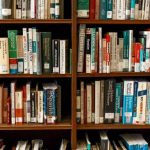 The Authors Guild demands National Emergency Library be shut down 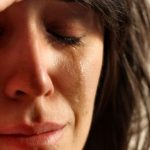 If anything, “toxicity” is the least of Wikipedia’s problems.

The Authors Guild demands National Emergency Library be shut down

If anything, “toxicity” is the least of Wikipedia’s problems.

Why the sudden crackdown?