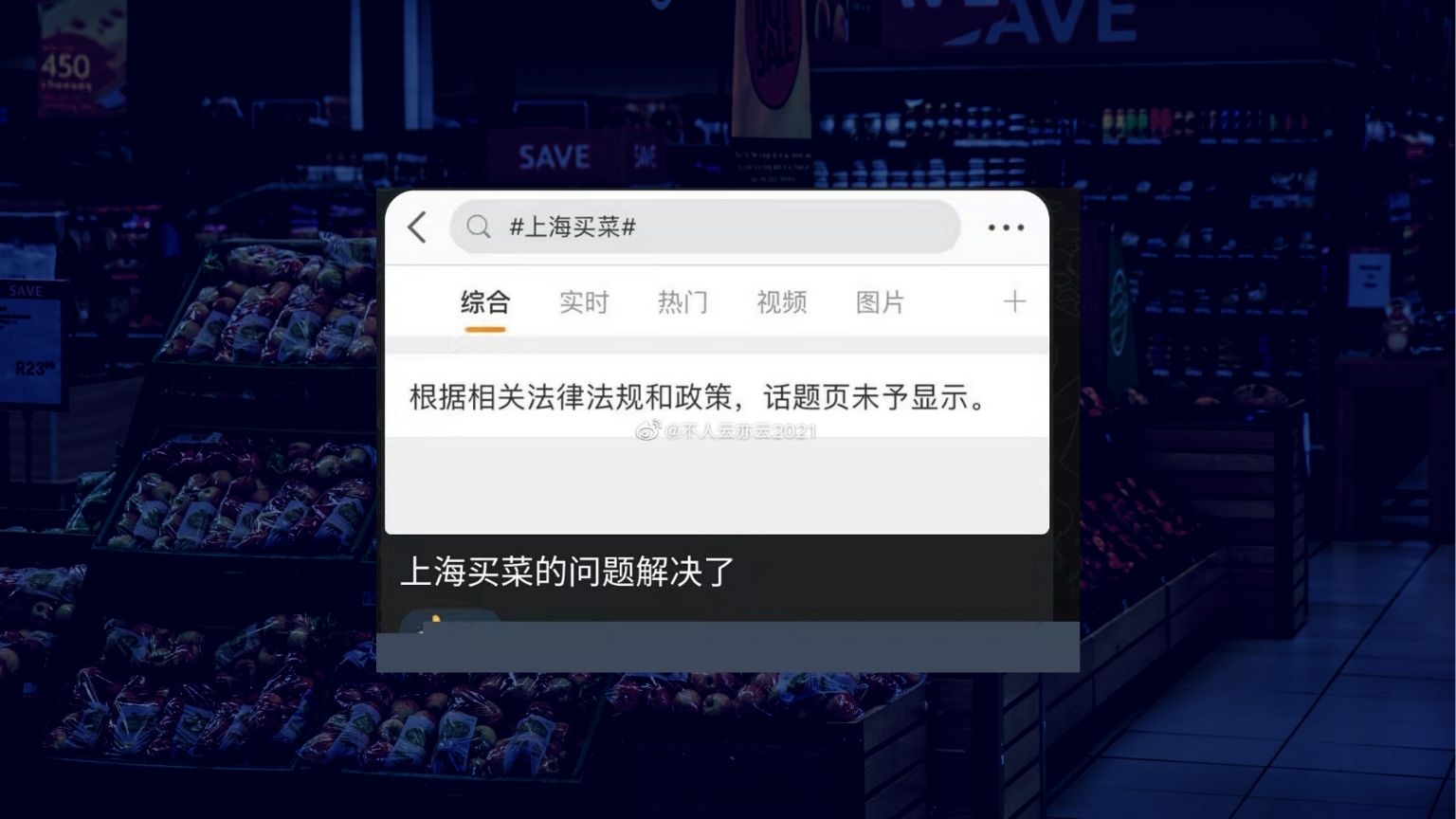 The fresh round of strict Covid lockdowns in several big cities, including Shanghai, continued in China last week, causing a fall in consumer spending and higher unemployment rates.

But another effect the lockdowns are having is rising anger by some residents who are facing not only higher prices attached to basic goods – but are also having trouble buying them and/or having them delivered.

China’s massive social media site Weibo, which in 2020 had over half a billion monthly users and has consistently faced criticism over the censorship it deploys, has now decided to block a hashtag referring to the problems faced by Shanghai residents.

Weibo deleted the page for the hashtag, “Shanghai Buy Food” (“Shanghai Groceries”) on April 8, and continued to block it through the past week. The hashtag became popular as the lockdown continued for days, resulting in people running out of supplies, and then finding it difficult to get food, since most stores and restaurants are closed.

The reality on the ground was somewhat at odds with the message heard from the state media, reports say, who sought to assure citizens that Shanghai was successful in stocking stores and improving delivery times.

This is not the only discrepancy around the current Covid crisis, since the state media initially insisted that the lockdown would not include the whole city, and people who said otherwise were even investigated by the police.

But not long after, phased lockdowns started spreading to engulf the whole of Shanghai, making residents nervous and prone to panic buying. Now, apparently, Weibo believes that censoring a topic and preventing users from discussing their situation would somehow make it go away – or seem to.

As the authorities scrambled to improve the situation, including by distributing free boxes of food to those who most need them, new hashtags appeared on Chinese social media, referencing the Shanghai crisis: “Shanghai Residents Are One by One Receiving Supplies” and, “Delivery Drivers Increased to Help Shanghai.”

These positive messages are appearing unimpeded, but the “Shanghai Buy Food” one remains blocked. Even so, users are still complaining about the situation and describing their predicament, the difficulty of even placing an online order for groceries, and then realizing that the costs have gone up.