Should readers be allowed to know it exists?
Share

Should people who rely on getting information about climate change from Wikipedia be able to see a page called, “List of Scientists who Disagree with the Scientific Consensus on Global Warming”?

Skepticism, rather than conformism, is at the very heart of science – while encyclopedias, even those like Wikipedia, are supposed to index vast amounts of information, rather than curate information in order to promote or stifle an agenda.

Therefore, logic dictates that a page listing scientists disagreeing with the current consensus on climate change should have been safe.

But Wikipedia editors’ answer was, “no” – this resource should not be available. It may have even been down to a single editor deciding to delete the page – which the website Electroverse refers to as “an astonishing act of censorship”.

The decision was preceded by a discussion among editors and a 35 to 19 vote in favor of deletion. 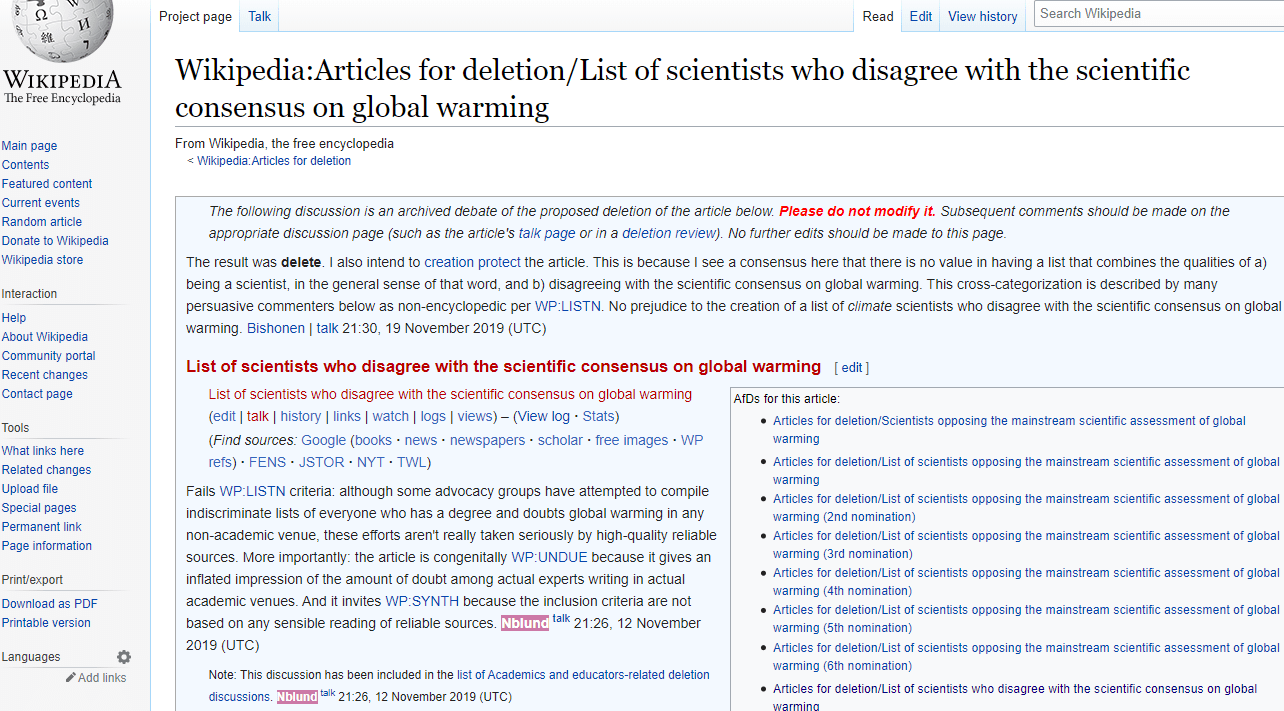 The Wikipedia editor who made the announcement treats this result as reaching a consensus, and “sees no value” in scientists who disagree with the scientific consensus.

Those editors who took part in the discussion and favored keeping the page argued that the scientists included in the list met all four of Wikipedia’s own criteria for inclusion.

For that reason, the claim that these were “cranks” was false, one editor said, urging others to make decisions on keeping or deleting pages based on those criteria rather than personal convictions and biases on any topic.

“There is no such thing as consensus in science,” warned another editor opposed to the proposal to delete the page.

However, Electroverse notes that a previous article published on the site included and thus preserved this list. But the site fears that it, too, may fall to censorship, due to its dissenting stance on the issue of climate change.

The report quotes Dr. Roger Higgs who said the title of the now-deleted Wikipedia page had its own problems, as it failed to indicate the distinguished status of the scientists included, or that their disagreement was with the notion of man-made climate change, not the fact that climate does change over time and that the planet is getting warmer.