The video had over 5 million views in one day.
Share 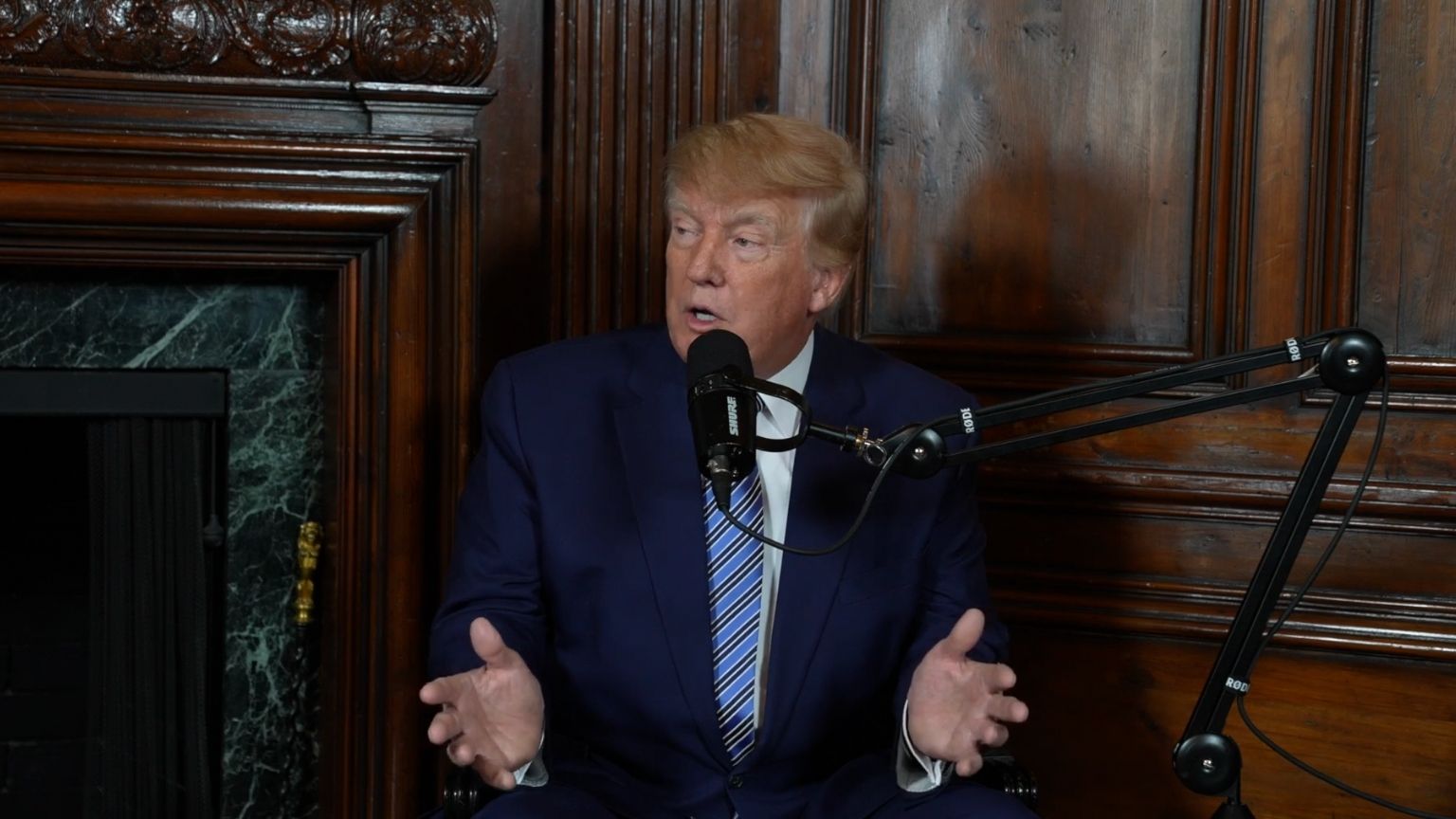 YouTube has deleted an interview with President Donald Trump on the Full Send podcast, hosted by The Nelk Boys.

“Youtube has DELETED our trump episode that over 5M views in 24 hours,” Kyle, of the Nelk Boys, tweeted. 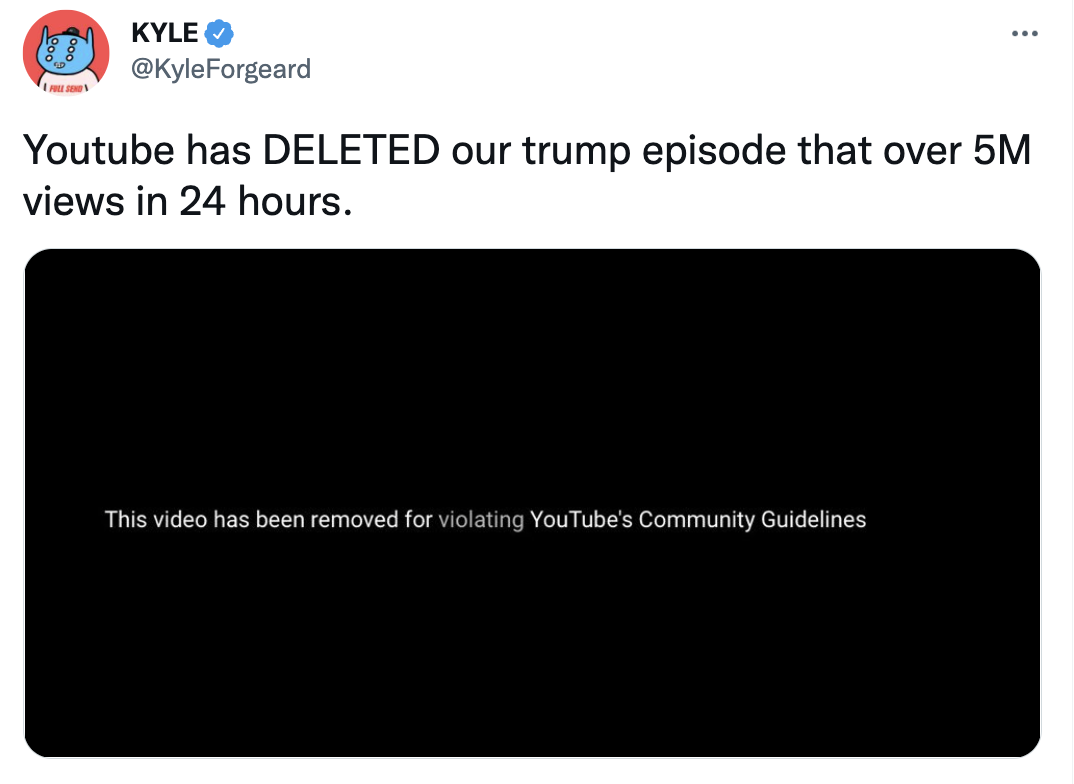 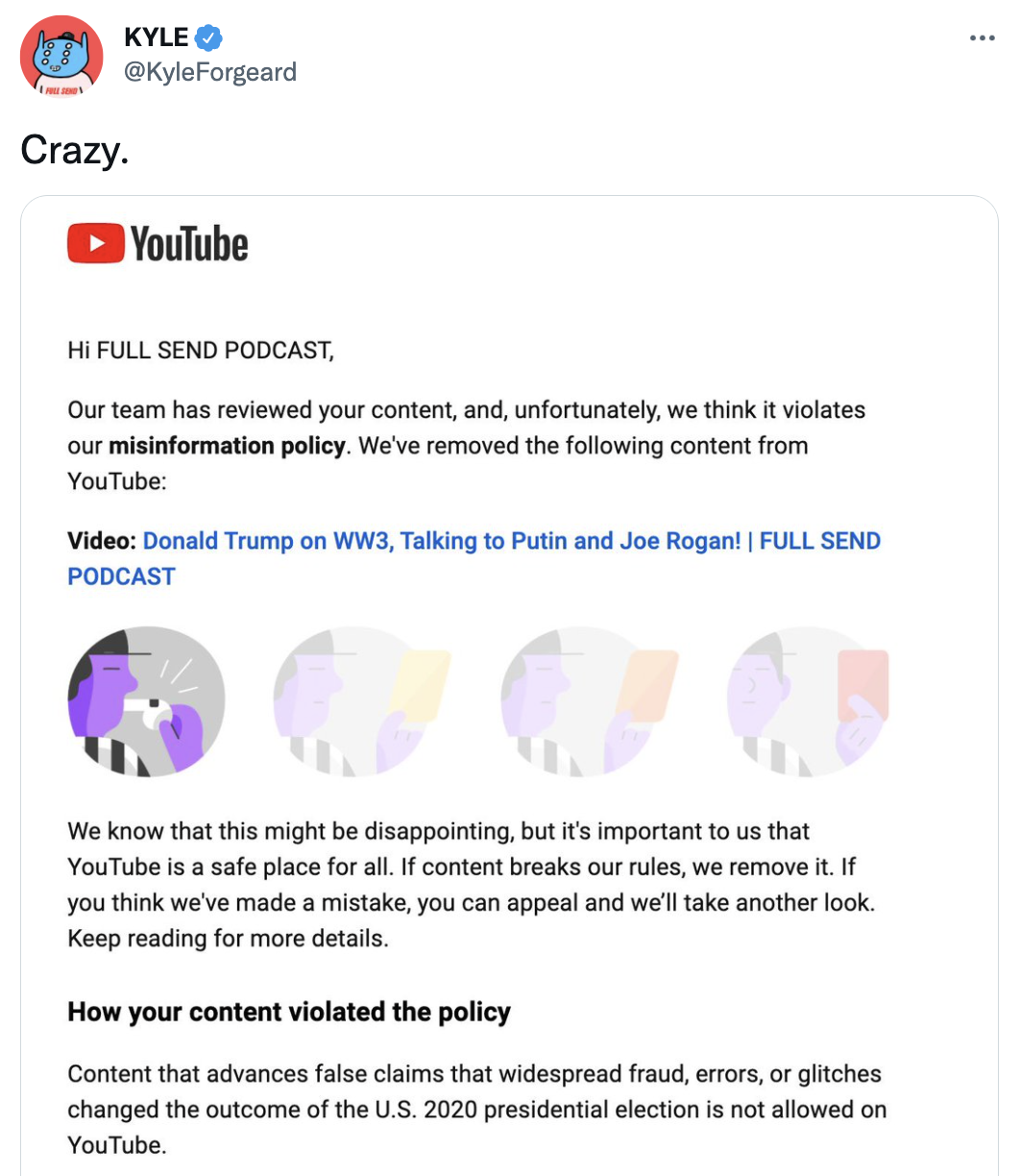 YouTube said that it deleted the video for violating its “community guidelines” on “misinformation.”

Trump sat down with the hosts for a discussion on many topics – from the ongoing Russian invasion of Ukraine, the censorship demands towards Joe Rogan, a Trump 2024 re-election, his favorite song to play at events, and the former president’s notorious Twitter ban.

On the topic of the war, the boys asked, “What do you see happening next [in Ukraine]? ‘Cause, it seems like tensions are high. How does this all end? Is this going to be a long-term thing? How do you see it unfolding?”

Trump responded: “Well, and I said this a long time ago – if this happens we are playing right into their (Russia’s) hands. Green energy. The windmills don’t work. They’re too expensive. They kill all the birds. They ruin your landscapes.

“And yet the environmentalists love the windmills. And I’ve been preaching this for years. The windmills – and I had them way down – are the most expensive energy you can have. And they don’t work.”

YouTube has a habit of censoring videos featuring President Trump and few interviews with him are allowed to remain on the Big Tech platform.

Just last week a popular news show was suspended from uploading for a week for playing a clip of the former president.

“Whatever happened to free speech in our Country? Incredibly, but not surprisingly, the Big Tech lunatics have taken down my interview with the very popular NELK Boys so that nobody can watch it or in any way listen to it,” President Trump said in a statement. “In the 24 hours that it was up it set every record for them, by many times.”

He added, “In Russia, the people are not allowed to know that they’re fighting a war with Ukraine, that’s where our media is going, and that’s where our Country is going because it quickly follows – just study history.”

The Nelk Boys are a group of YouTubers known for their entertainment videos and pranks and have generated over 1 billion views.