The latest to switch. 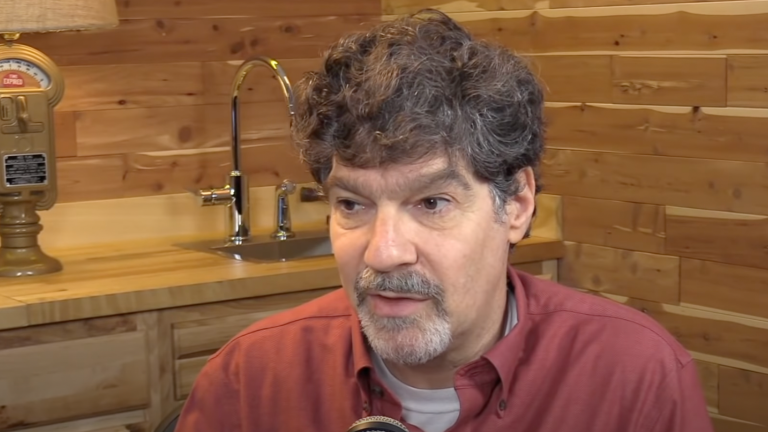 Are YouTube – and those behind it – actually confident that once a channel is banned there and on similar tech giant-controlled places – it actually disappears from the web?

If so, how short-sighted they must be. These days – not thanks to YouTube’s own dismal policies and the seemingly general trend towards perilous centralization of the internet – alternatives like Odysee, LBRY’s blockchain file-sharing and payment network website, are emerging as viable alternatives.

One of the shows that have been driven off YouTube is biology professor Bret Weinstein and co-host Heather Heying’s DarkHorse Podcast. But a tweet from LBRY announced this saying that the hosts will now be broadcasting exclusively on Odysee. And that you, the listener… can always #FollowTheSilence.

Or if you’re actually into listening to your media content – DarkHorse is (still) available as a downloadable/streaming audio file on any app perusing Apple Podcasts directory – or better yet – via the Podcast Index.

With the actual online availability of it unscathed, in an apparent age of rampant and largely inexplicable – at least in any terms a democratic society might choose to easily explain itself for censoring reach and content in the 21st century – out of the way, let’s delve into what DarkHorse podcast is.

Weinstein and Heying are both biology PhDs, and their knack seems to be viewing the world around them through an evolutionary lens.

What drove Weinstein, a historical Bernie Sanders supporter, and Heying, his wife, to launch the DarkHorse podcast was their own “revolutionary” lens – when dozens of Weinstein’s Evergreen State College students came to his classroom in 2017 to ask that he resign. 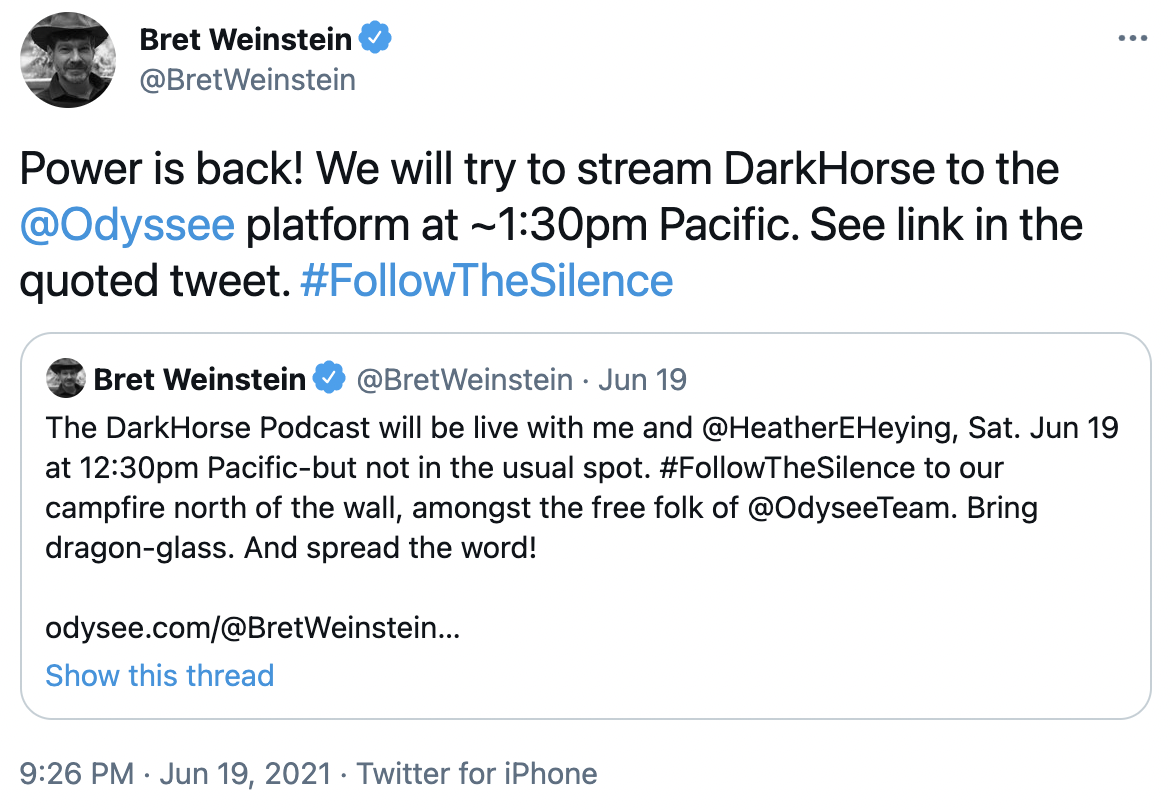 It was the “new reality” forming in the wake of the 2016 US election when the college demanded that Weinstein resign for not observing something called “Days of Absence,” during which white students and faculty were asked to stay home.

“What is occurring on college campuses is about power and control. Speech is impeded as a last resort,” Weinstein later told the House Oversight Committee.

Ousted from academia, Weinstein was hoping his voice might still be allowed on platforms like YouTube. But that was only until he brought up the highly weaponized Covid treatments like the politically weaponized Ivermectin in one of the videos, Matt Taibbi writes.